Get info to Join The BKG

(02:08): Raiders, like everyone else, waiting on Aaron Rodgers | Las Vegas Review-Journal

(03:59): Backstreet Boys take what would have been Adele’s closing dates

BrendanKing(00:39):And, this is episode number 35of the Unnamed Show.

BrendanKing(01:23):So, internally we do a littleteam challenge on conversations with clients and just reaching out and Jackwins again, so we had the pleasure of going the Echo & Rig.

JackPalermo(01:33):It was delicious, thank you.

BrendanKing(01:34):If you have not been, it'sawesome, so, so good. David had a hamburger at a steakhouse.

BrendanKing(01:42):I'll get over it. It is good.This month we will be going to Lost Spirits Distillery, which we talked to youguys about over at Area 15 [crosstalk 00:01:53]-

BrendanKing(01:54):Over at Area 15 Lost SpiritsDistillery, if you haven't seen it, check out the link. It's definitely worthchecking out. It's like a football field size venue with... It's a distillery.That's all-

JackPalermo(02:05):I can't wait because I do likethe brown stuff.

BrendanKing(02:08):So, I need not say more. Youknow what a distillery is then you know what it is, but check it out for surein the link. Sports, Raiders, like everyone else is waiting on Aaron Rodgers.

JackPalermo(02:19):Yes, I would love for AaronRodgers to come to the Raiders, not only because he'd be... Derek Carr is good,but he'd be a little bit of an upgrade, but for me personally, it gets him outthe NFC North and facing the Bears twice a year. So, adios, get out of here,Aaron. Leave Green Bay and go wherever you want.

BrendanKing(02:36):That's a selfish reason. Youlive in Vegas, but he's good too-

JackPalermo(02:42):I hate him in Green Bay becauseI Green Bay, but if he plays the Raiders, I'd be like, "Okay, allright."

BrendanKing(02:52):I thought maybe with his ex thathe'd want to be closer to her when they were dating, but they're not dating, soit doesn't matter.

JackPalermo(03:05):He plays on the Strip sometimes.

BrendanKing(03:07):We thought we were going to getTom Brady at one point too before he chose the Buccaneers, but we've got WayneBrady.

BrendanKing(03:15):But that didn't happen, so we'llsee. Hey, if we get Aaron Rodgers, that would be a nice close-

BrendanKing(03:22):We'll see how it plays out forsure, and then Golden Knights, Robin Lehner likely to start. He's ready to go.I read this article wrong at first and he said ready to go. I was like,"Oh no, he's leaving," but no, he's been hurt for a while.

JackPalermo (03:34):He did start against the Sharks.

JackPalermo(03:37):He is back, which they need,even though the other guys were doing okay. I went Saturday night and theydidn't look so good.

BrendanKing(03:46):That's the best team in theleague. It was the Rockies.

BrendanKing(03:54):The stadium is down the street.

BrendanKing(03:59):Yes, and of course, Academy ofCountry Music Awards, Miss Dolly Parton will be hosting. When is that, March7th?

BrendanKing(04:09):So, this weekend Dolly Partonwill be hosting the Academy of Country Music Awards, so go check it out. Canyou just go?

JackPalermo(04:17):I think you need to buy aticket. You can go if you buy a ticket.

BrendanKing(04:20):I didn't know if there was anaudience or it was just a-

JackPalermo(04:23):You can go. In other news,Brendan's favorite band is back on the Strip back. Look at them, BackstreetBoys. They'll be taking over for some of the Adele's closed dates.

BrendanKing(04:32):After we talked about Adele forI feel like for months.

BrendanKing(04:37):So Adele, of course, as we allknow, canceled her show and Backstreet will be taking some of those dates.There they are, still going. Backstreet's back.

BrendanKing(04:49):You got what I was throwing out.

JackPalermo(04:50):How about this, guys? This iscrazy for me man. BTS show at Allegiant already sold out. The presales has soldout all four days. This is insane to me.

BrendanKing(05:23):Then they have the fan thingwhere they go to MGM and watch it.

JackPalermo(05:27):It's a fan fest or stream livefrom the MGM that's also sold out.

BrendanKing(05:35):We have been playing, what is itcalled, K-pop in the office lately thanks to Denise. Moving on, so Hamiltonhighlights Smith Center lineup, the Broadway lineup over at the Smith Center.If you haven't been, this was something that Vegas was missing for years, andabout eight years ago, nine years ago, we were finally given a Broadway styletheater, and now we have insane amounts of shows coming through, and this, if Iheard correctly, is a ridiculous lineup.

JackPalermo(06:39):Not going to be as good as theFaith Lutheran performance?

BrendanKing(06:45):And, Mean Girls, which if youhaven't seen that movie, that movie is hilarious. I think we had one more. T

BrendanKing(06:54):Tina Turner musical, anothergreat high end energy show. It's a sick lineup. If you haven't been, it's abeautiful theater. Definitely check out the Smith Center website for tickets,but really a great Broadway lineup, definitely check it out. The theater is beautiful.Other than that, one of our clients was actually the architect of this hoteldowntown. Boutique Hotel opens a new Arts District with a New York feel, calledthe English Hotel. Does this have something to do with Todd English?

BrendanKing(07:29):But beautiful, awesome design,very New York. It kind of has like a throwback mid-century style with acontemporary feel. Yes, that looks good, just really different and honestlyneeded. This will be a nice addition to downtown. Cool rooms, the nicerestaurants, good outdoor space. Definitely-

JackPalermo(07:53):Didn't we just hear that iftheir rooms aren't sold out and they see you sitting, having dinner, or justhanging out at the bar and they may walk up to you and say, "Hey, wouldyou like to stay for the night?" You can get a discounted room.

BrendanKing(08:22):Oprah style for sure, butawesome addition to downtown, no gaming, just strictly a hotel, which isunusual for us here.

BrendanKing(08:34):Awesome good job, BrettRobillard on the designs. So, Walgreens occupied complex near strips sells for57 million. See that metal around the screen there?

BrendanKing(08:43):So, the initial plan was for theLED screen to be that entire size.

BrendanKing(08:52):They shrunk the screen down, soif you go back to that photo, that whole rig was supposed to be all LEDs and itended up just being the front. Hey, but you know what? It's still sold for 57million.

BrendanKing(09:04):If they spent that extra 2million on the screen, maybe they would've gotten 59.

JackPalermo(09:08):You never know. So anyway, otherthan that, we got another project going up, the All Net Resorts and Arena. So,this has been going on for a while. They basically had investors and theinvestors backed out, had more investors and the investors backed out. So it'sgoing to be right over in that corridor where the Walgreens was and it's goingto have that walkway that's going to meet all four corners, but obviously theAll Net would be great to bring an NBA team here, if not [crosstalk 00:09:40]-

BrendanKing(09:39):They've got the open roof. Howunusual is that for basketball?

JackPalermo(09:42):The sun shining in your eyeswhen you're shooting a three. I don't know that's going to work, but anyway, itlooks amazing. The pictures look great.

BrendanKing(09:49):I love the combo venue andresort. That's kind of cool. You can stay in the room and just wanderdownstairs-

JackPalermo(09:54):Kind of like a little town to goaround and do different things than just the actual arena, which is neat.

BrendanKing(09:59):It's a cool concept. JackieRobinson, former NBA player is a big part of this. He's been putting thisventure together for quite a while. They've lost investors a few times, buthonestly, with the energy of the Raiders and all the other sports we have rightnow, I don't see why this wouldn't get picked up.

BrendanKing(10:18):Everyone knows they can makepretty good money here on a team, but if you look at the price, $4.7 billion,that's a massive price.

JackPalermo(10:32):2.5 billion, but that was justthe stadium. So, this is building everything around it, but that's still a lot.

BrendanKing(10:37):Still 4.7 billion's a pretty bigticket as far as construction wise, but still, if it looks anything like that,I'll take it

BrendanKing(10:48):So fingers crossed. Hopefullythis is the time and it does actually end up happening. It would be great tohave an NBA team here.

BrendanKing(10:54):I know my brother would be herein five seconds.

JackPalermo(11:26):That's kind of cool, a littlevalet area there pulling up. That looks amazing, that looks awesome, just theoutdoors, the rooms look nice. 75% done now, set to open 2023. Is it going tohappen?

BrendanKing(11:40):I've found that when things arethis far along and you get renderings that the likelihood of it actuallylooking like it is much more likely. All Nets at this point where it's justdirt, the chances of it looking like that is low because then you have siteissues or one investor who changes their mind, but in this case, if we've gotrenderings now and we're 75% done, there's probably a high likely it's going tolook like that.

BrendanKing(12:06):Which would be awesome. I willbe at that pool.

JackPalermo(12:18):I am so surprised. You've beensaying about record prices every single show.

BrendanKing(12:23):I think this is just the storyof the times. Honestly, prices are so up it's ridiculous. Actually look atthis, this is interesting. This is January 2020, 2021, and 2022. If you look athomes, single family homes, it's been a pretty steady progression way upward,but if you look at condos, look at that little drop and then a jump withcondos. We've noticed condos have not increased nearly as much as homes. So, ifyou're at that point where you're fighting for a single family home and you maybe getting beat every single time, it may be worth it to look into some ofthese town homes and condos. You'd be surprised what you get for the moneyright now because of the lower inventory on the single family homes. Definitelyjust give it a try, especially town homes. You may find you find somethingthat's just as nice as a single family home and someone takes care of yourlandscaping for you.

BrendanKing(13:21):In the front, not the back, andof course as always, if you want the Monday Market Update every single, whatday?

JackPalermo(13:47):3.3 weeks of supply, it's upfrom last week, which is crazy, which is good. Active listings are still aroundhovering around 1,800, which is-

BrendanKing(13:57):And, our ultimate low was 1,724last week, at least during COVID, so we're really not shifting too much. Theselittle shifts mean nothing because every other week it's back down again.

BrendanKing(14:07):But, we'll keep an eye on it,that's our job. We've got a spreadsheet of every single week since COVIDstarted. So, if we see any trends shifting either direction, we'll definitelylet you guys know because that's our job.

JackPalermo(14:38):It's a small little cottage, sothey listed that on February 9th for 7.5 million and apparently went undercontract with a buyer on February 18th, so that sale is pending.

BrendanKing(15:05):You know where that is? That'sover in Olympia Canyon. There's a whole bunch of Raiders in that neighborhood.

BrendanKing(15:17):So, if you want to live next toa Raider, move to Southern Highlands.

BrendanKing(15:21):Then Gene Simmons of Kiss findsbuyer for his ridiculously big and expensive mansion over in Ascaya. If youdon't know Ascaya, Ascaya is like a neighborhood carved out of the side of themountain over in Henderson, super contemporary, super cool, amazing view. Itmay as well be like a fish tank.

BrendanKing(16:00):So, the forest cost $1 million,but definitely a pretty insane property. So, there's a lot going on right nowin Vegas for sure, and if you want to see what's going on every single week,sign up for our newsletter. Every Friday we put out the BKG newsletter, whichhas all the same information just in one place, and you can definitely sign upon our website, scroll to the bottom and just sign up for the newsletter only.We won't hit you up about properties-

BrendanKing(16:54):And as always, text VIP to702-553-1955 to get on our VIP list for all sorts of great information. Joinour VIP list at the number that you know and love so well.

BrendanKing(17:29):You know what? I'm going to seeyou next week.

BrendanKing(17:33):Because I see you every week. 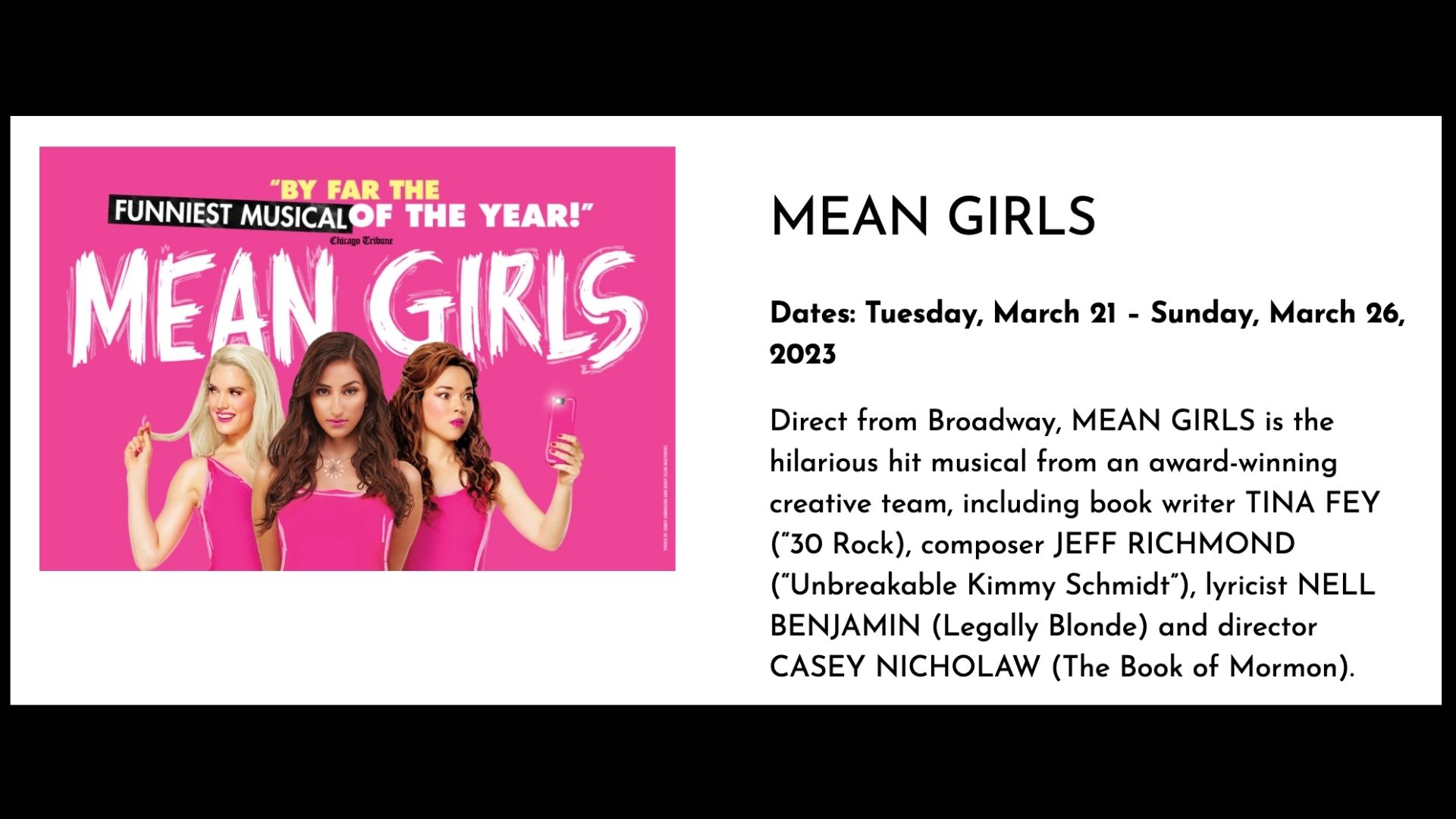 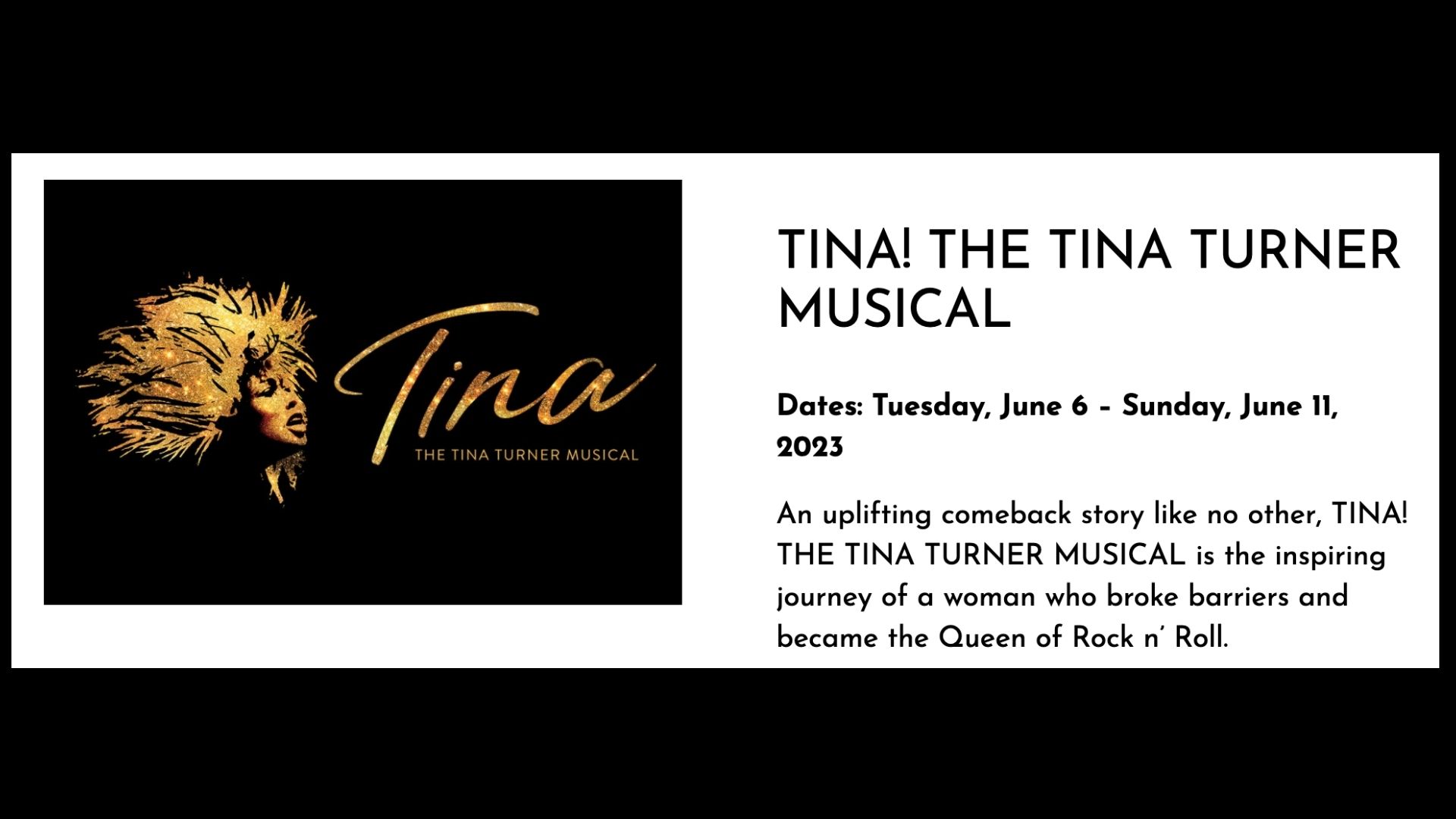 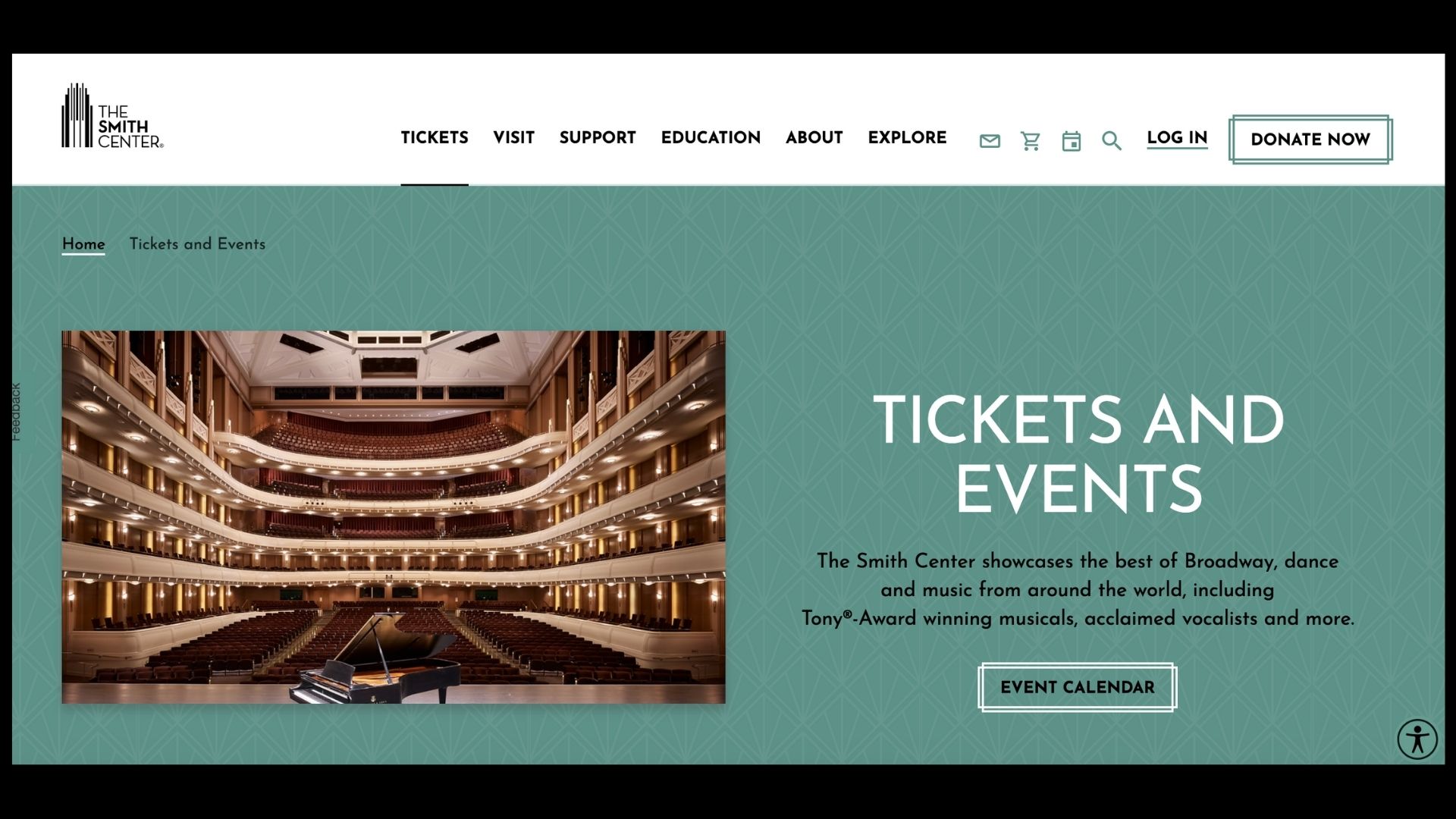 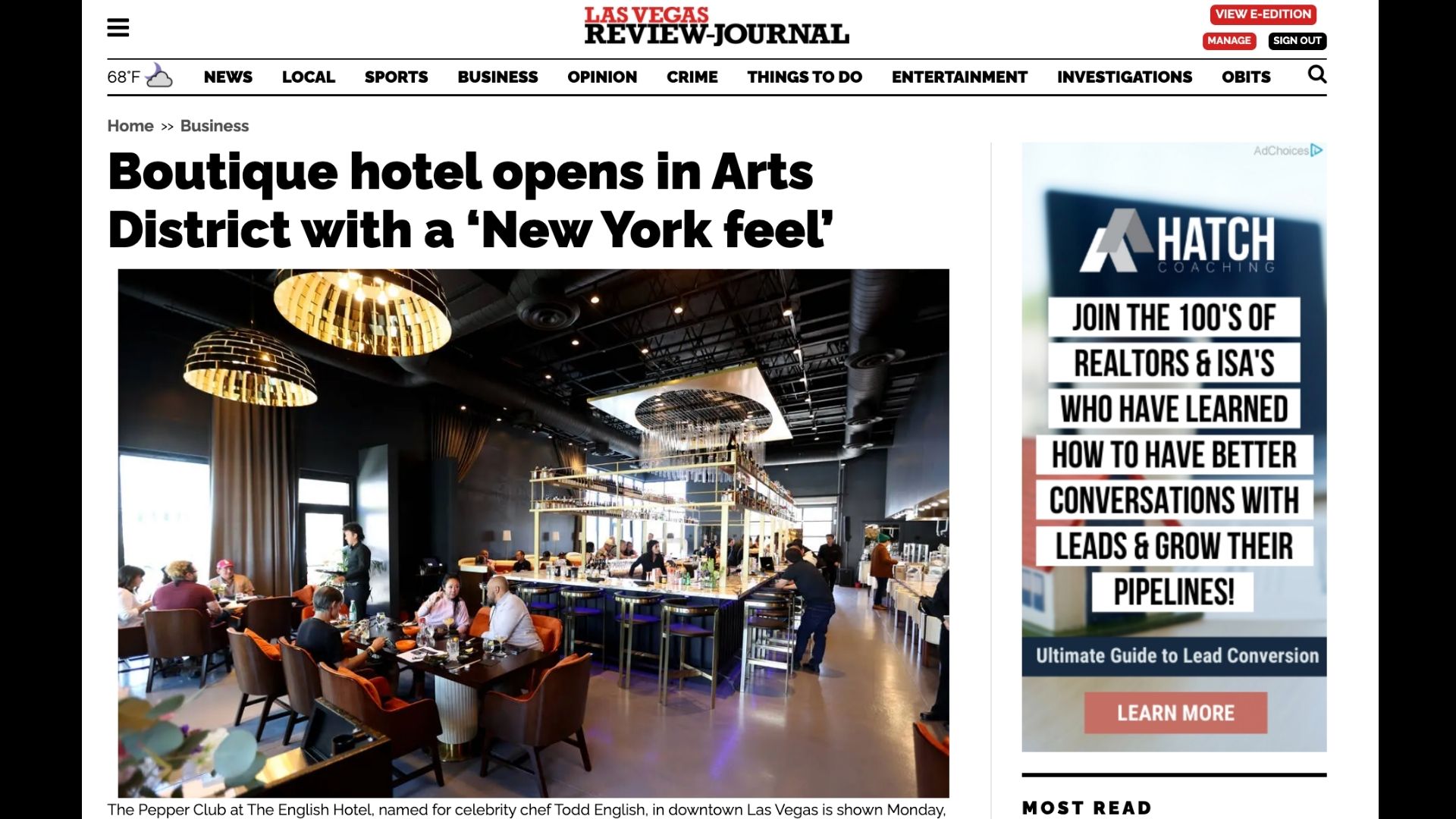 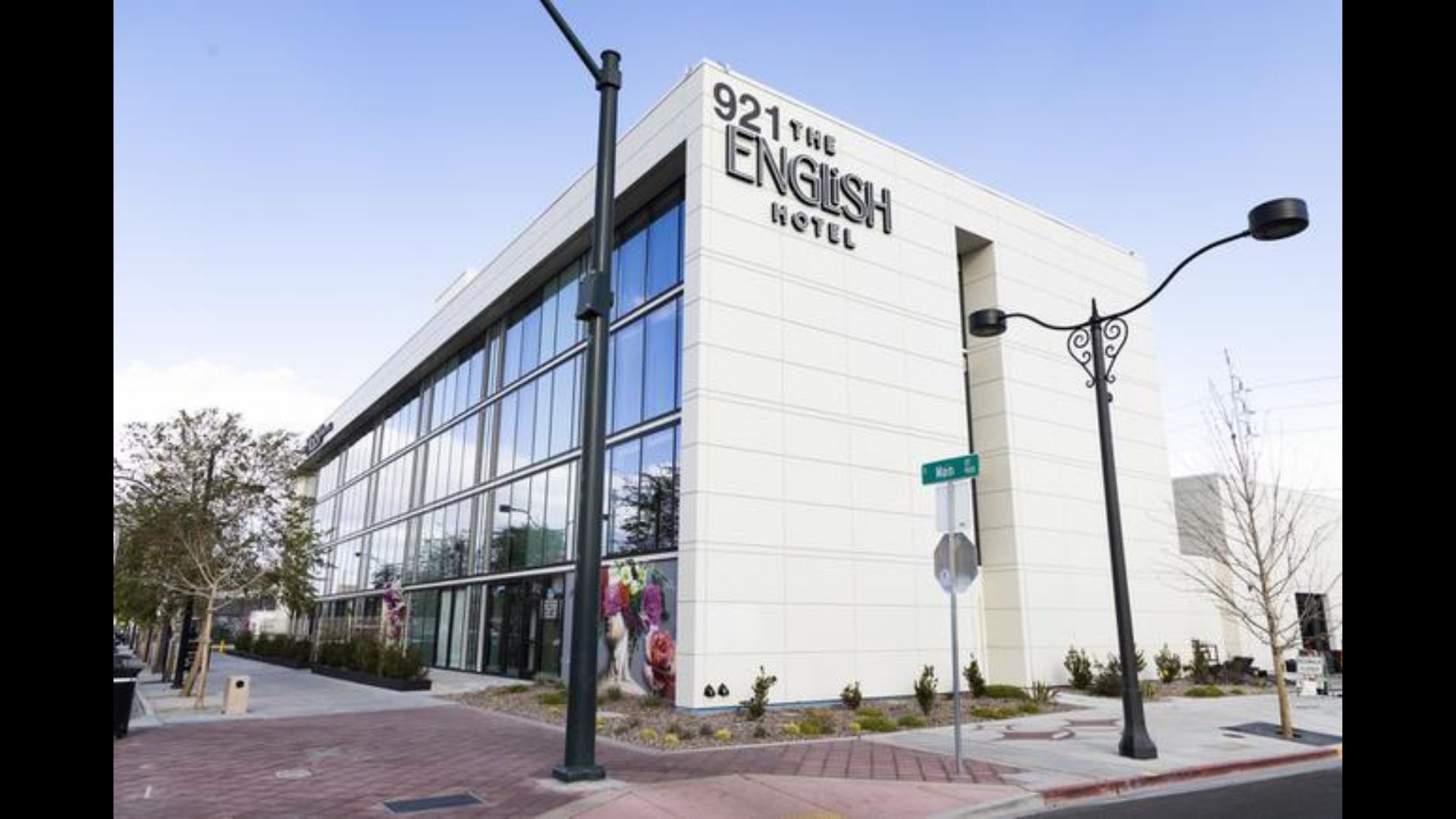 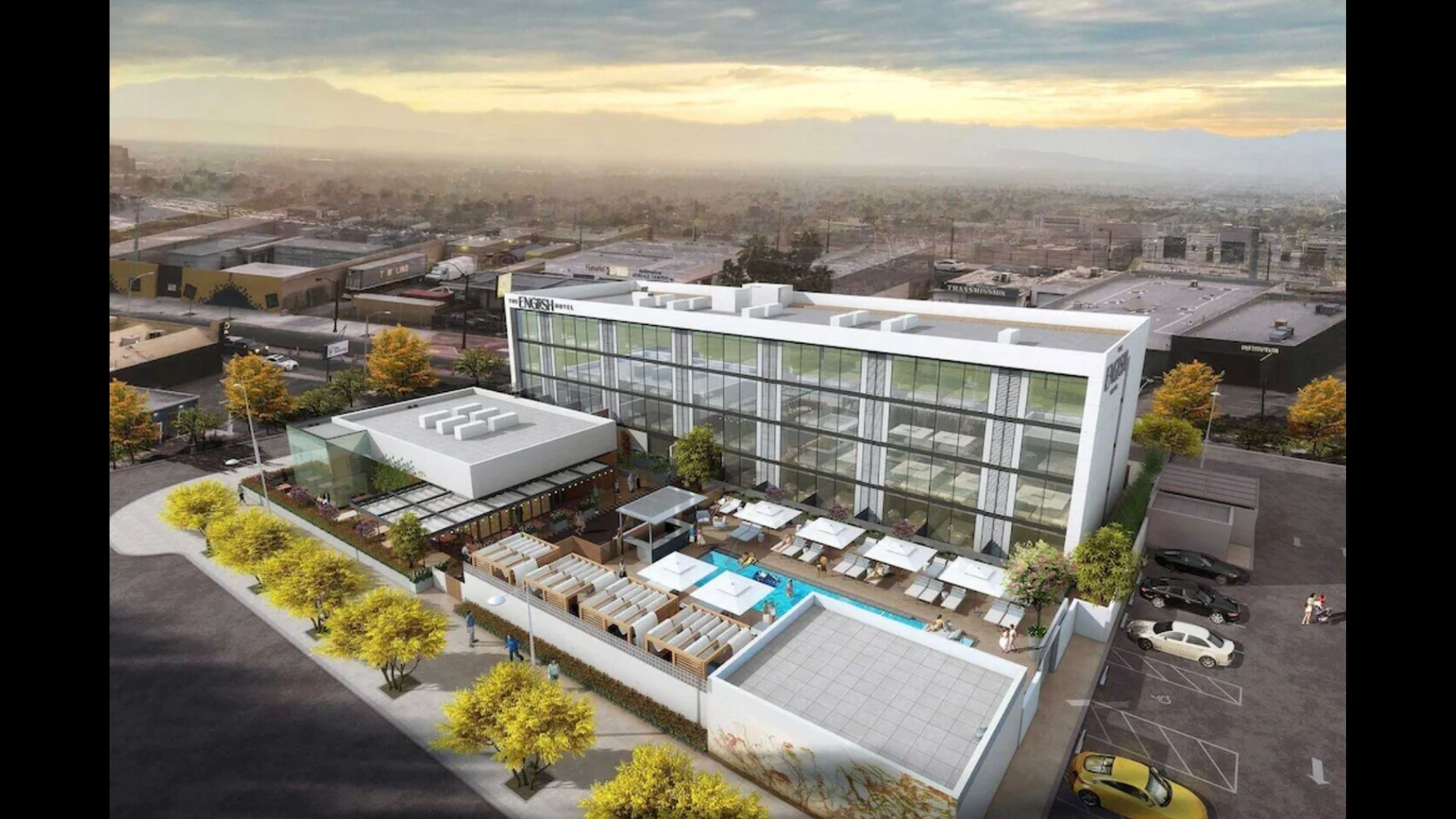 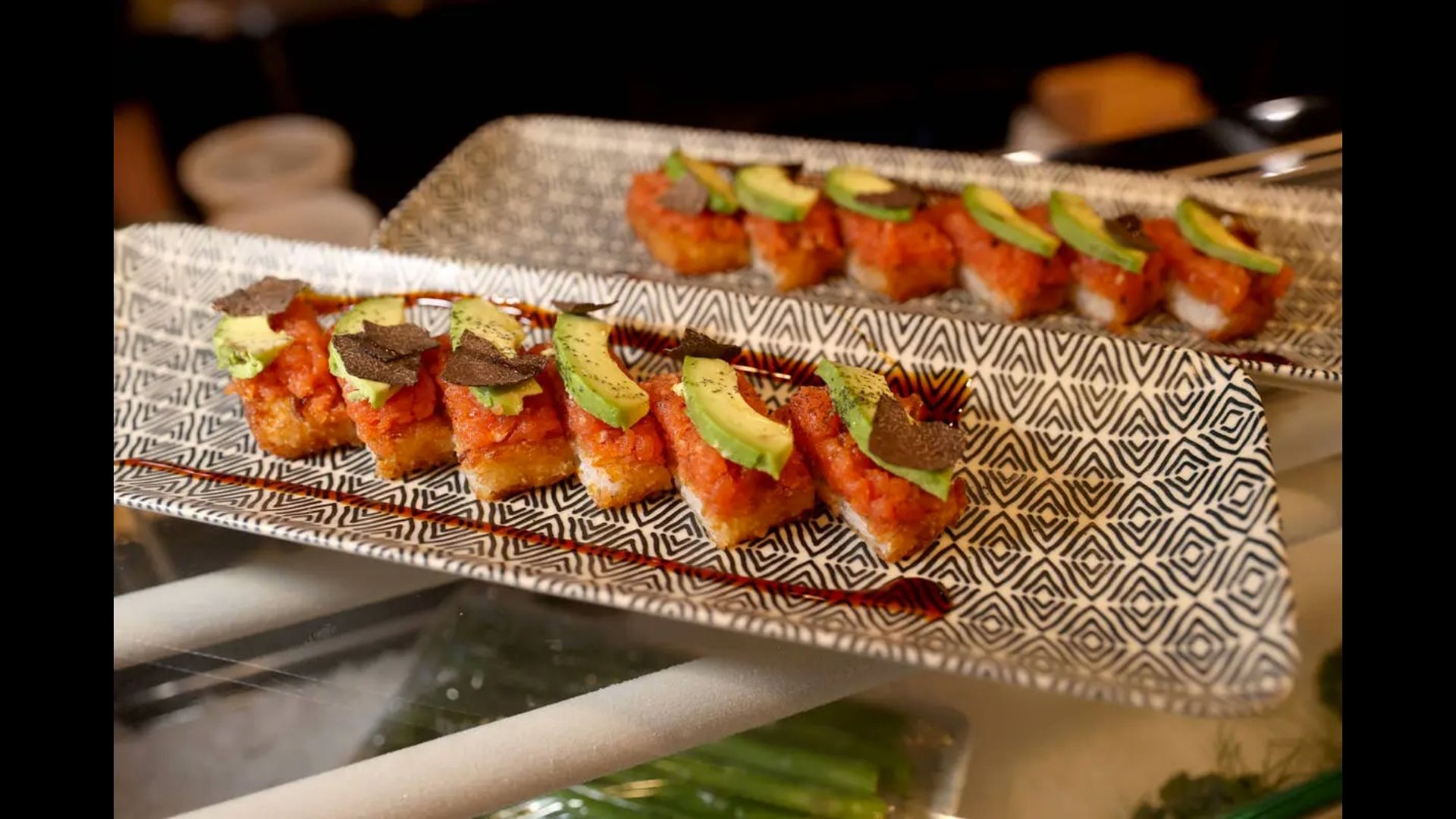 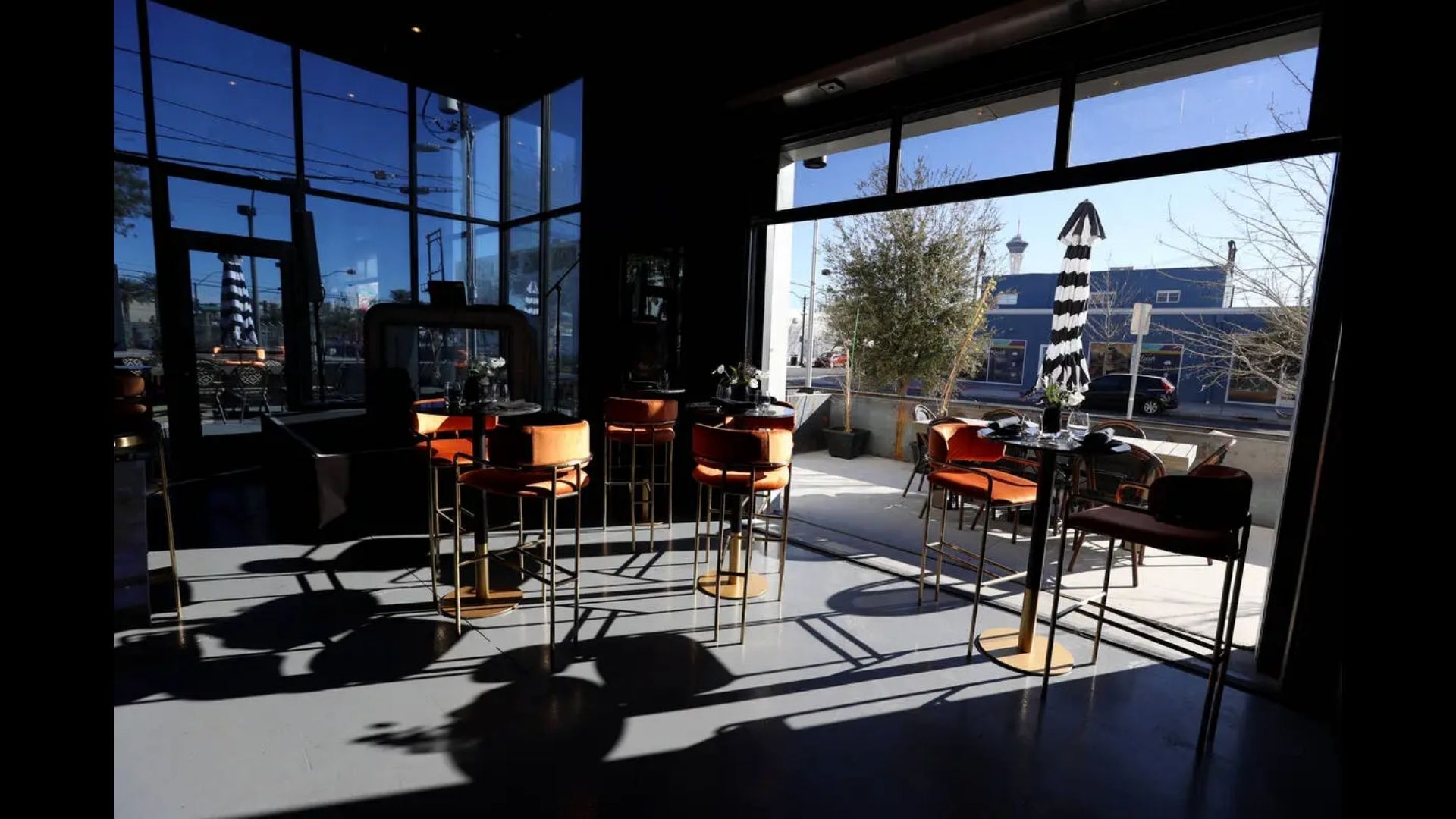 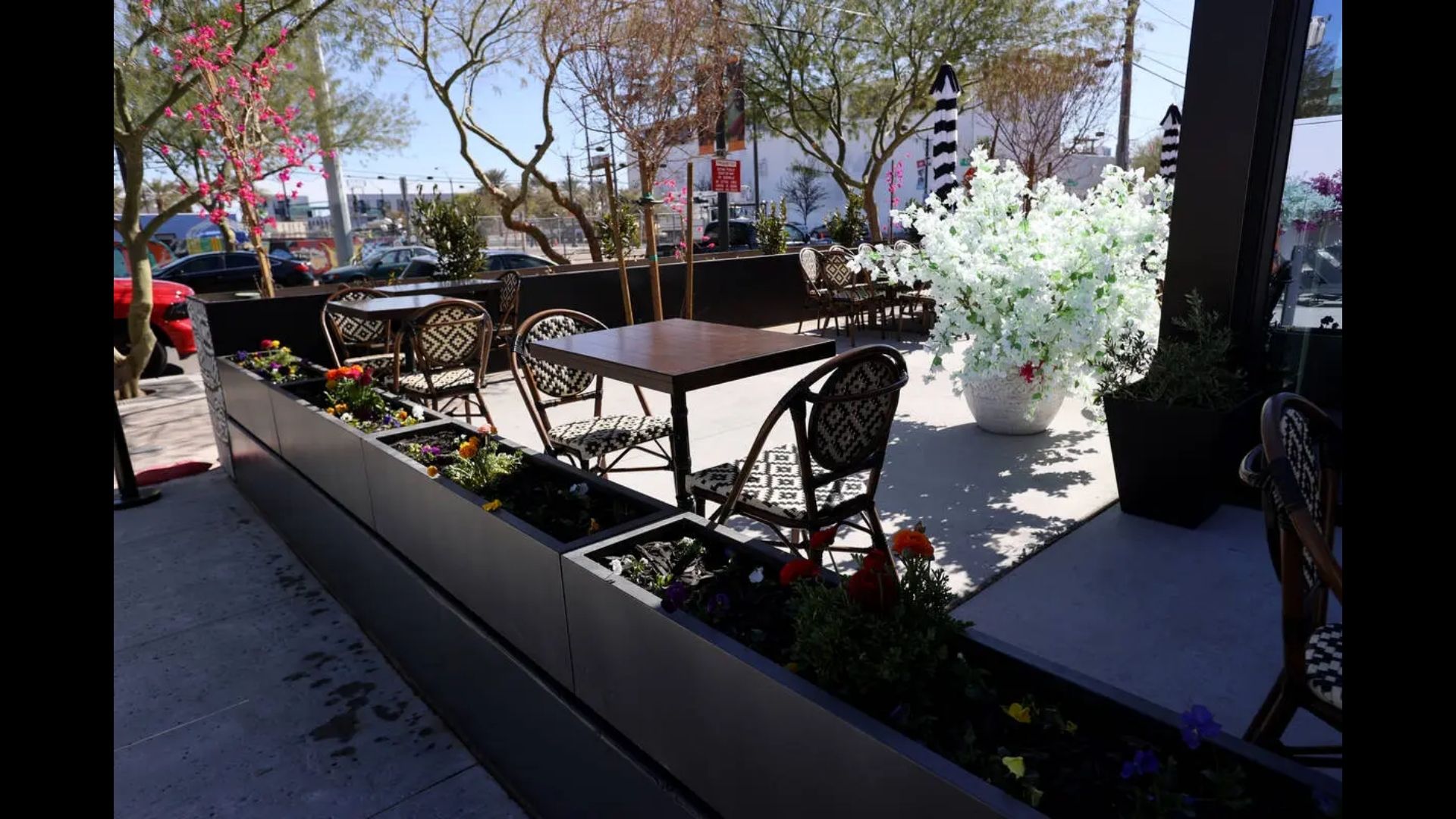 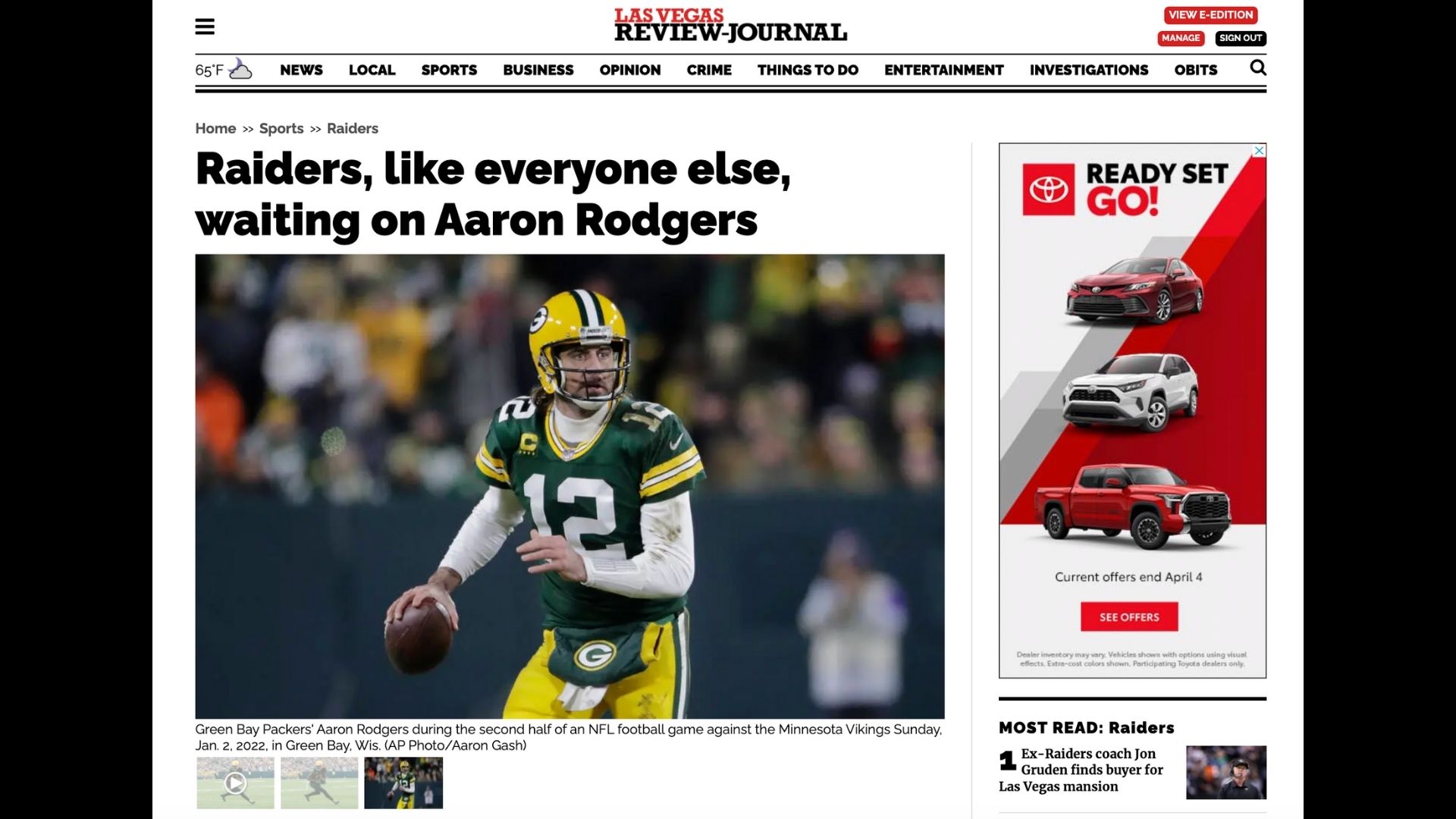 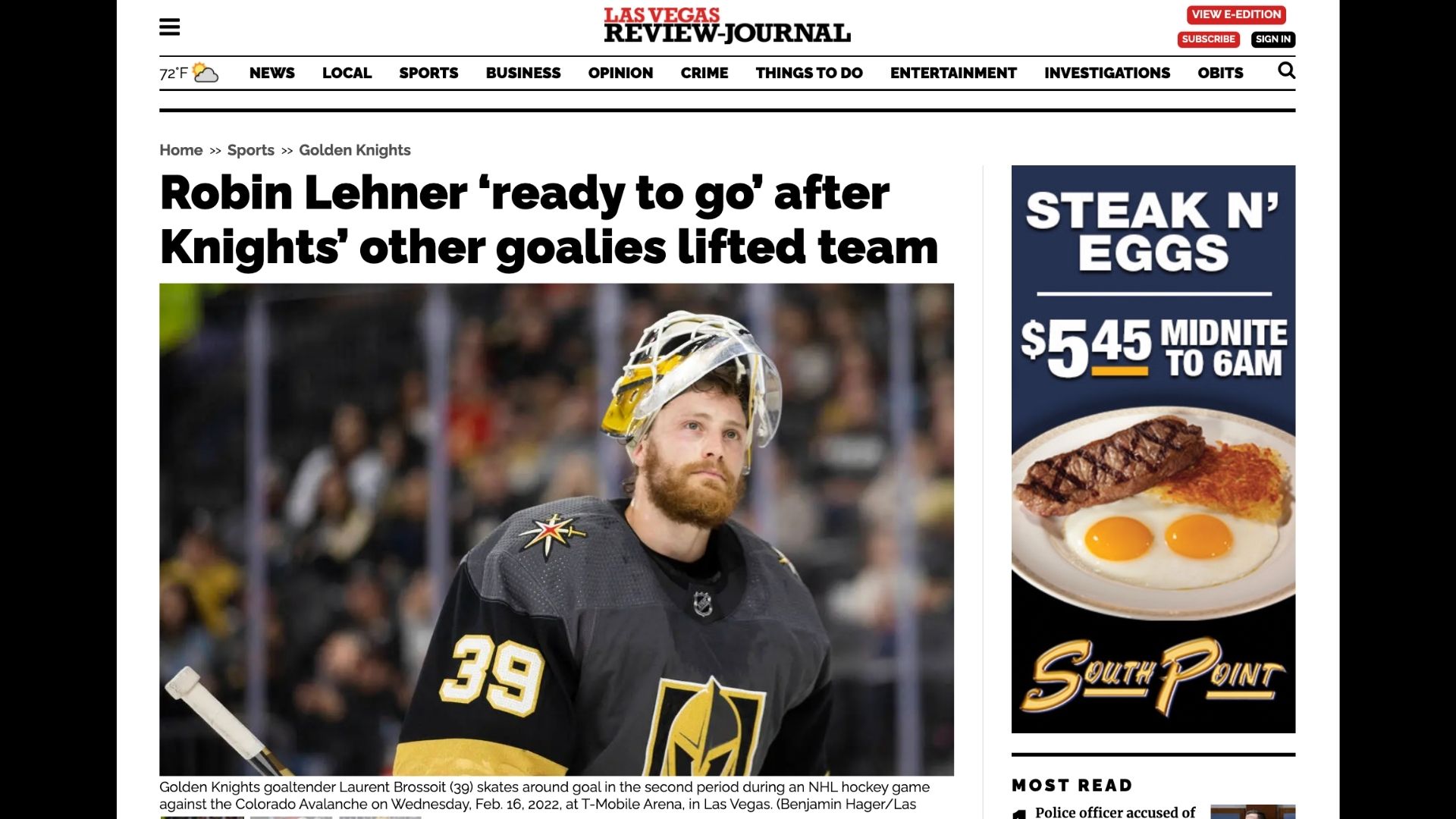 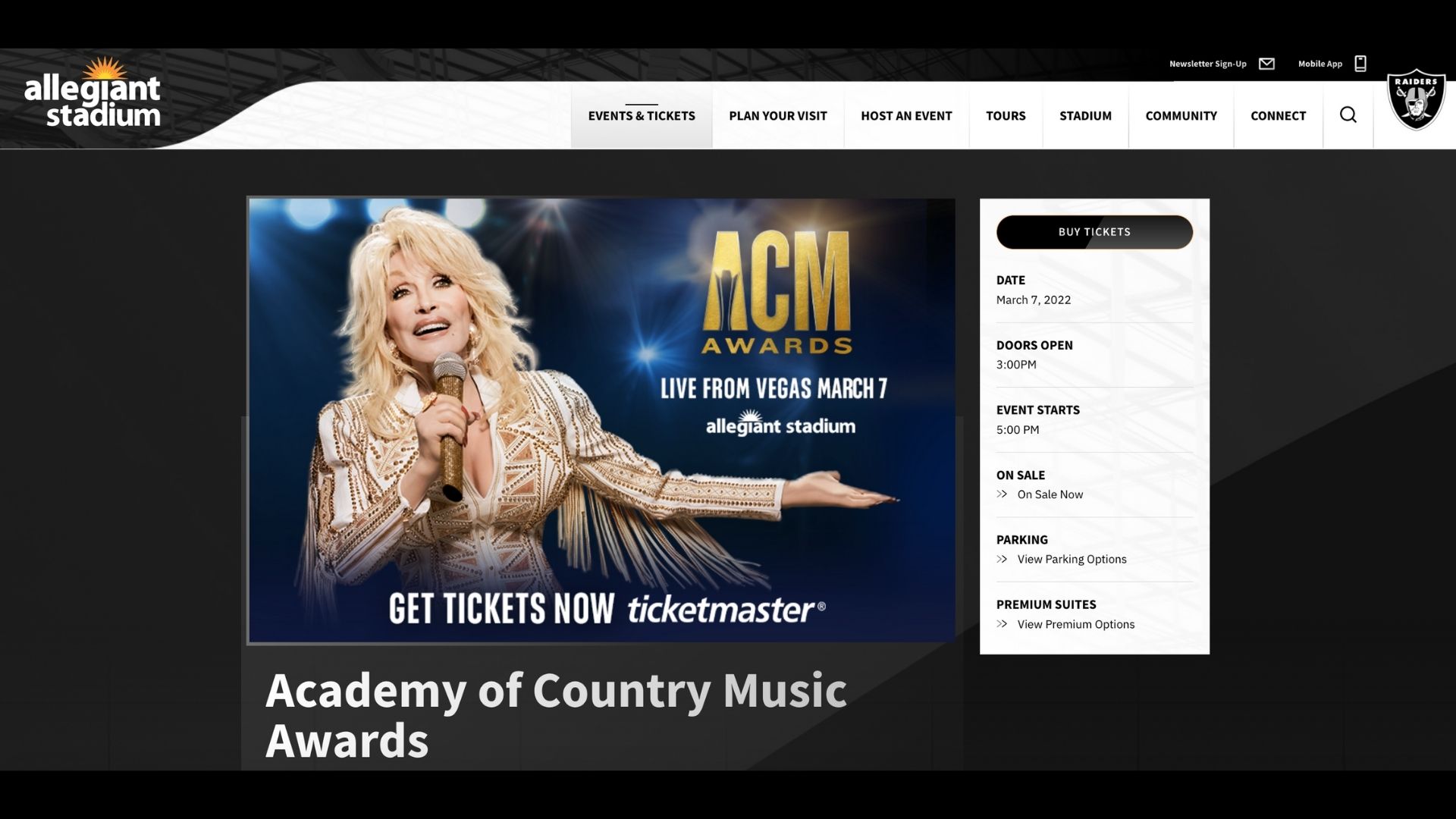 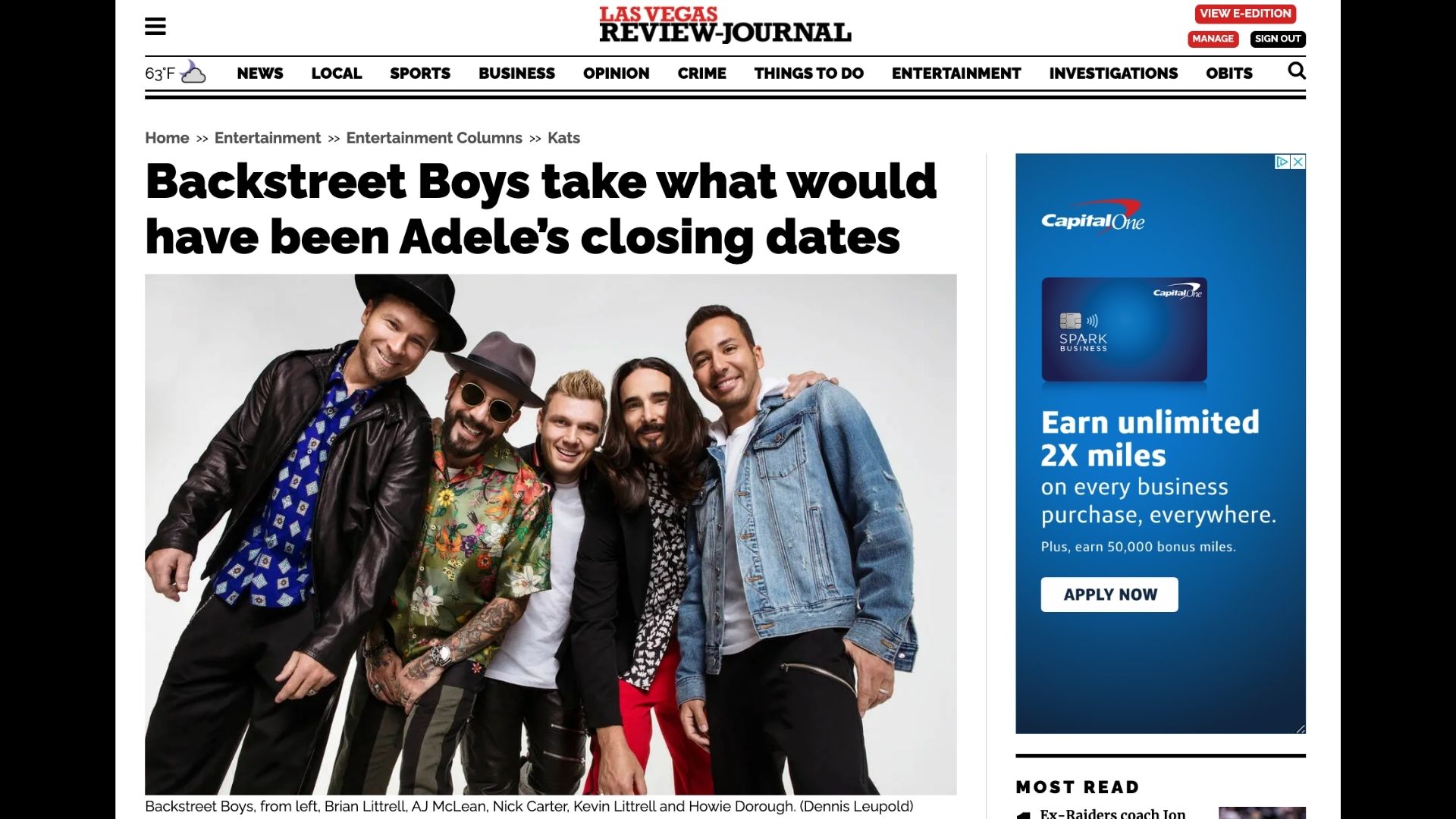 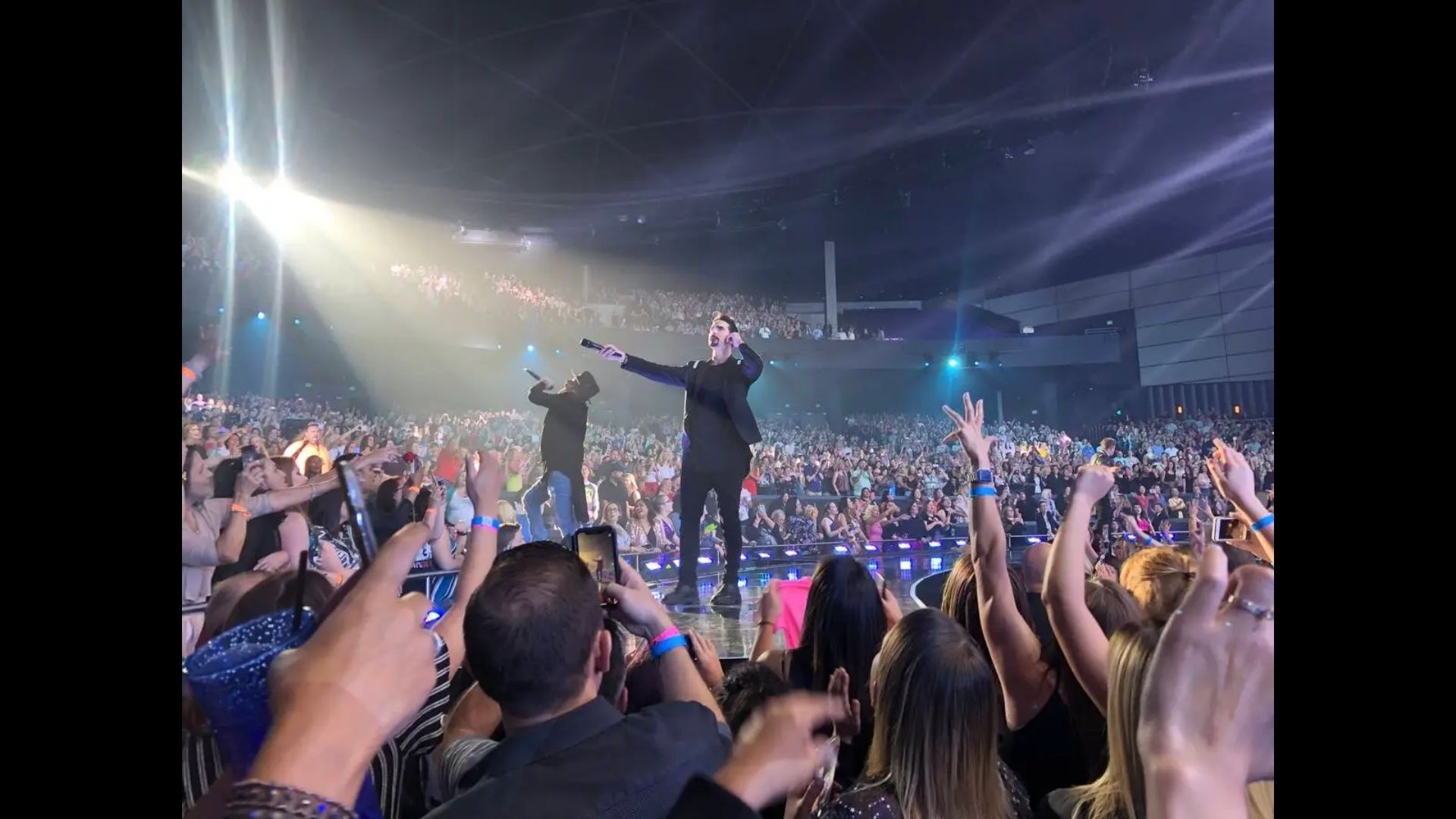 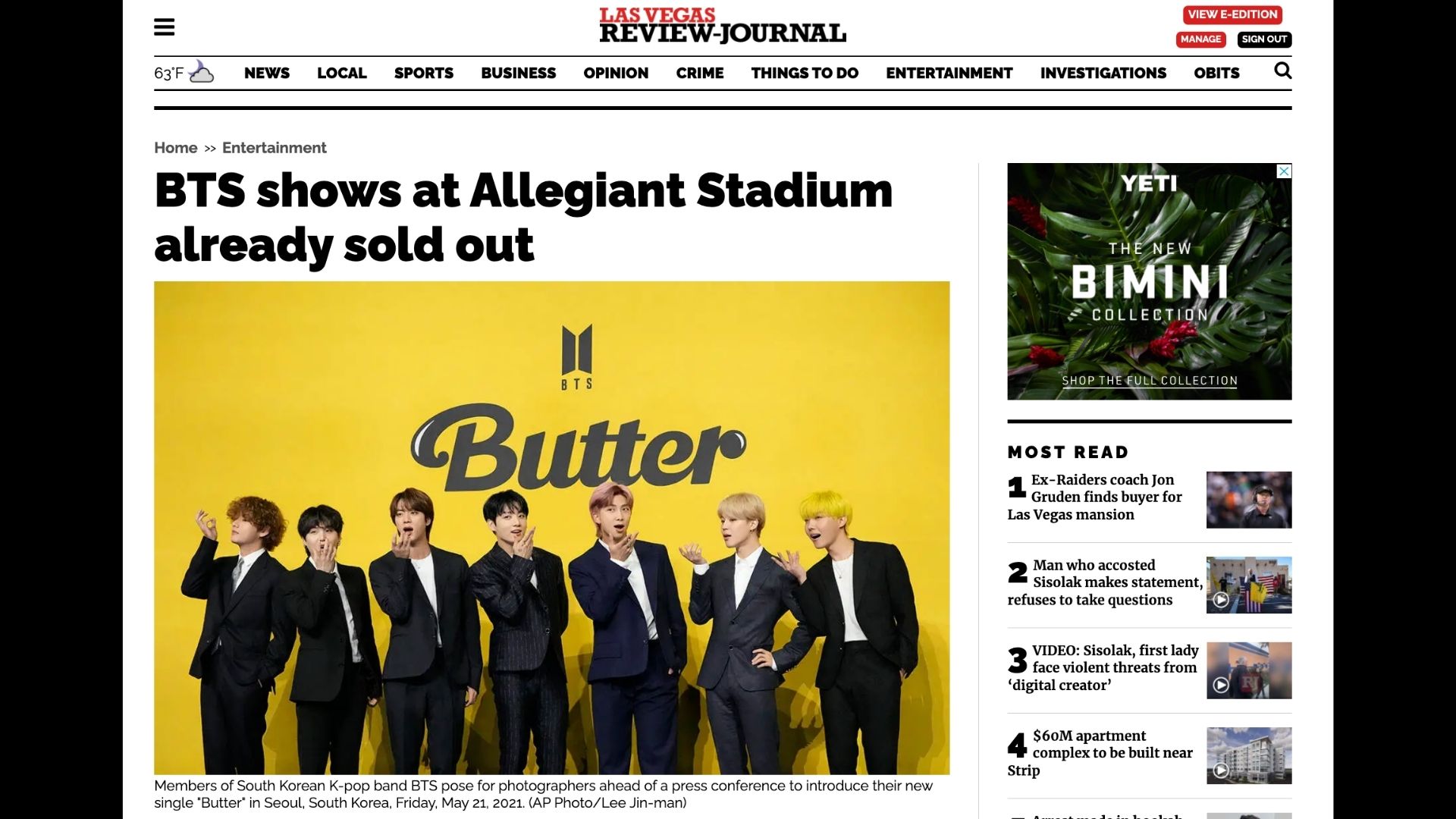 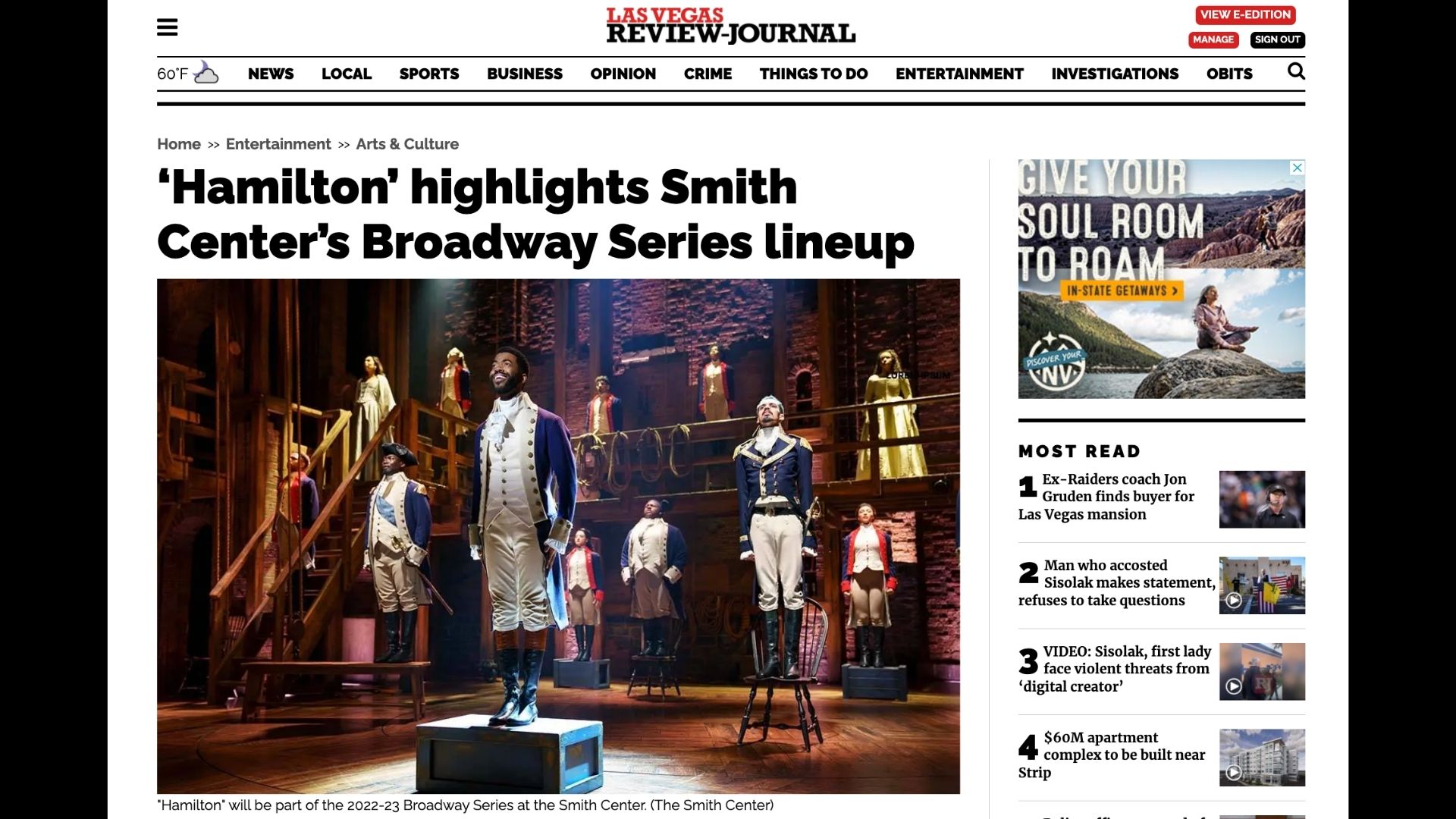 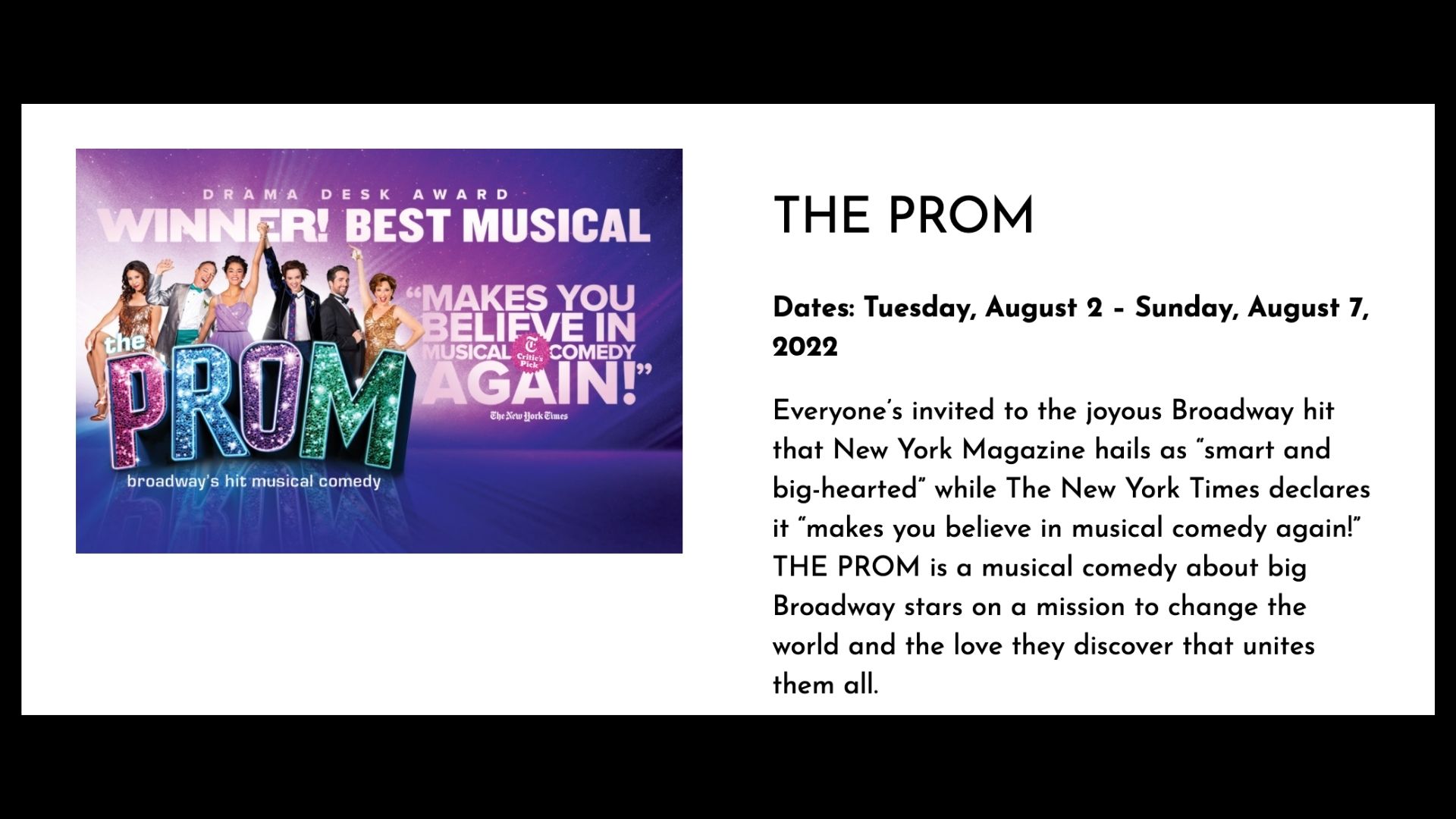 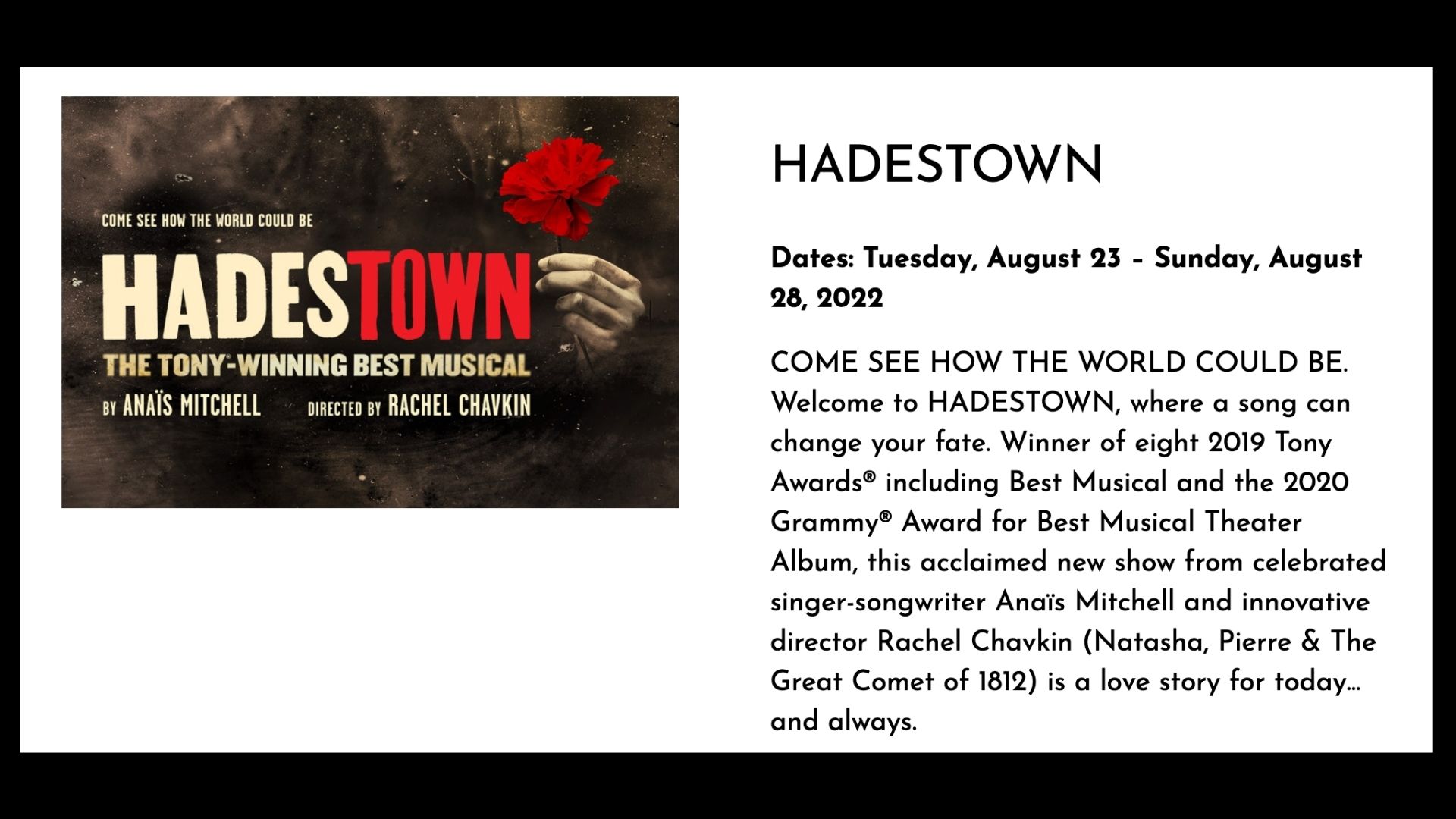 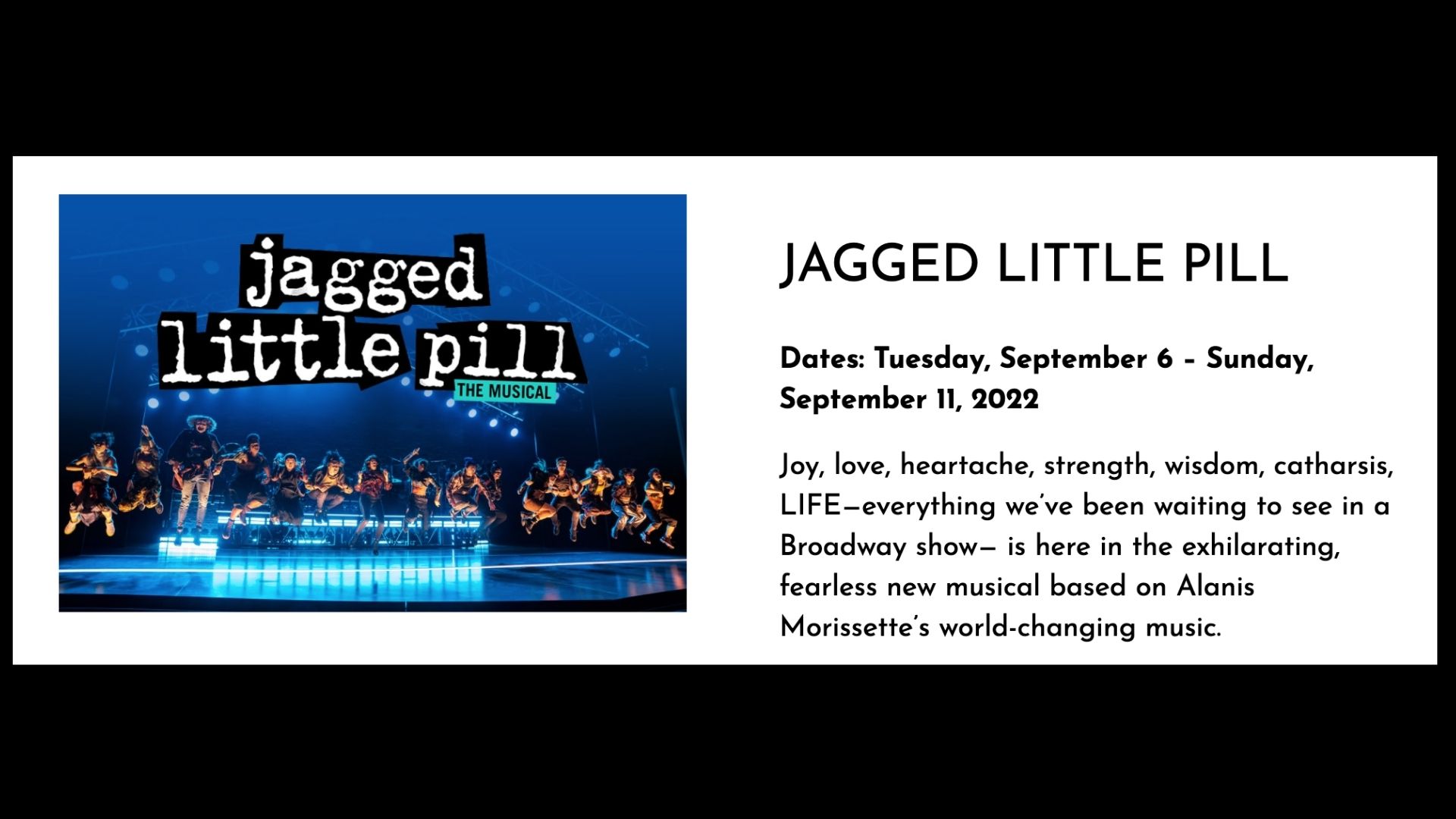 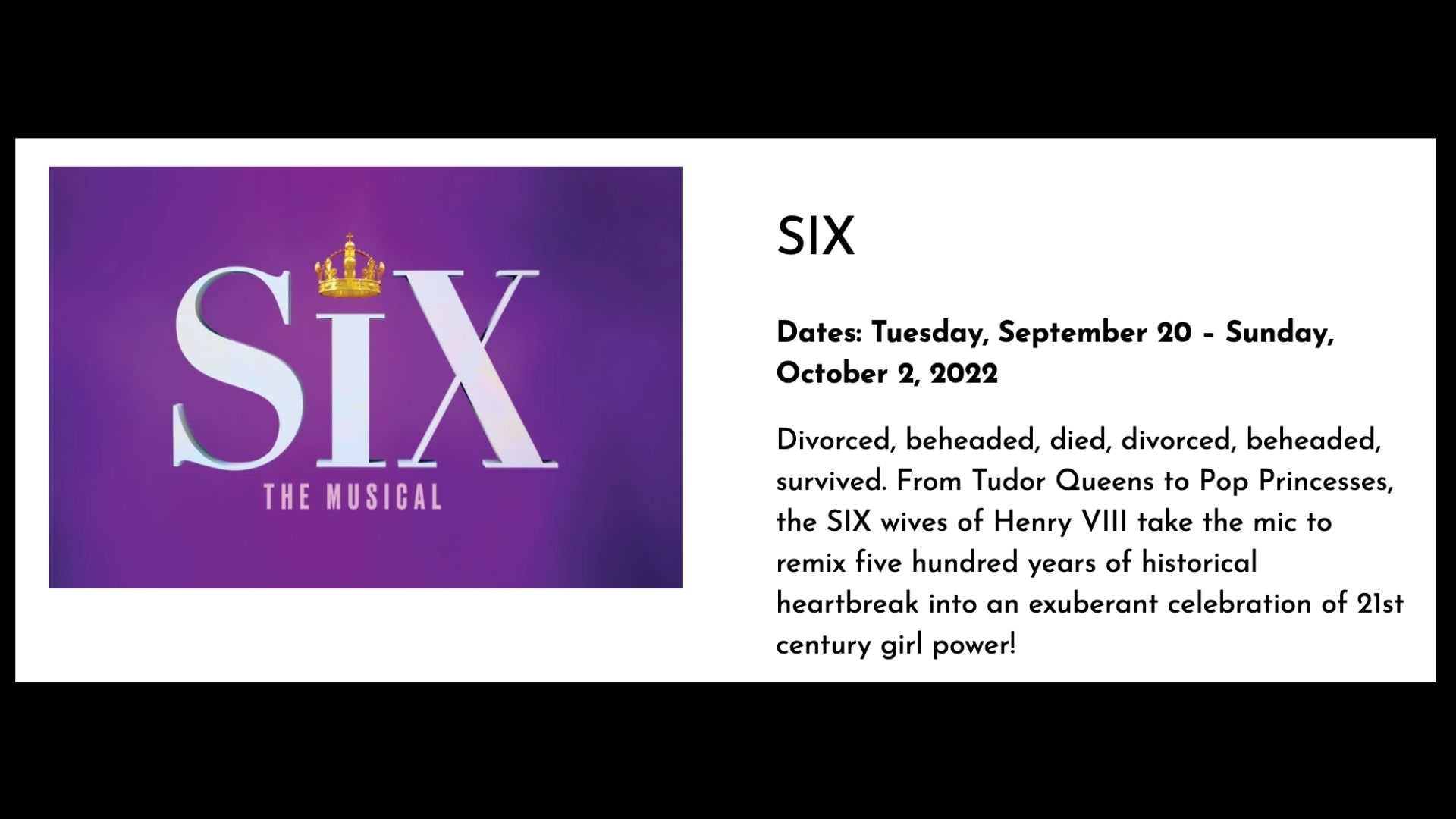 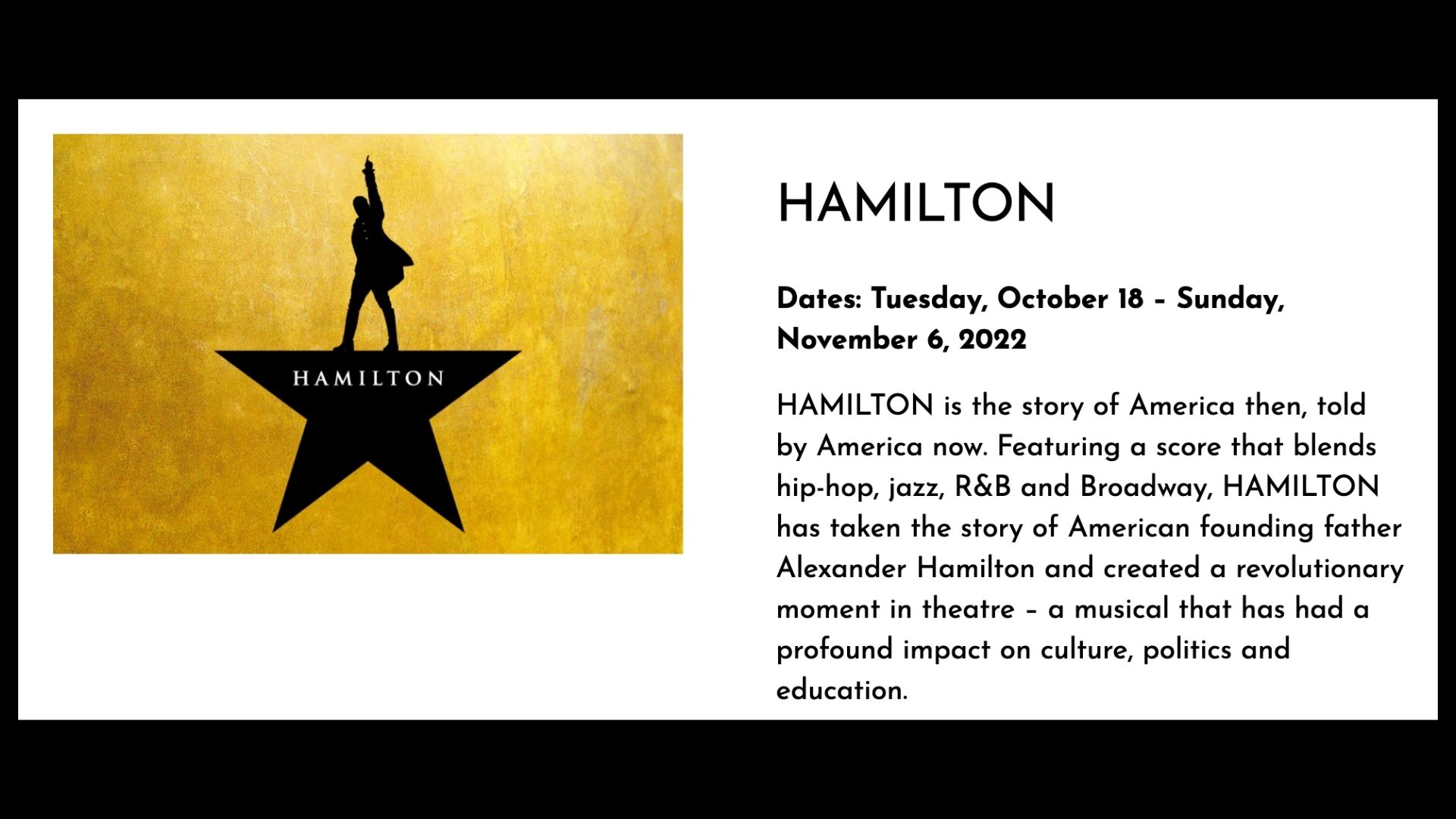 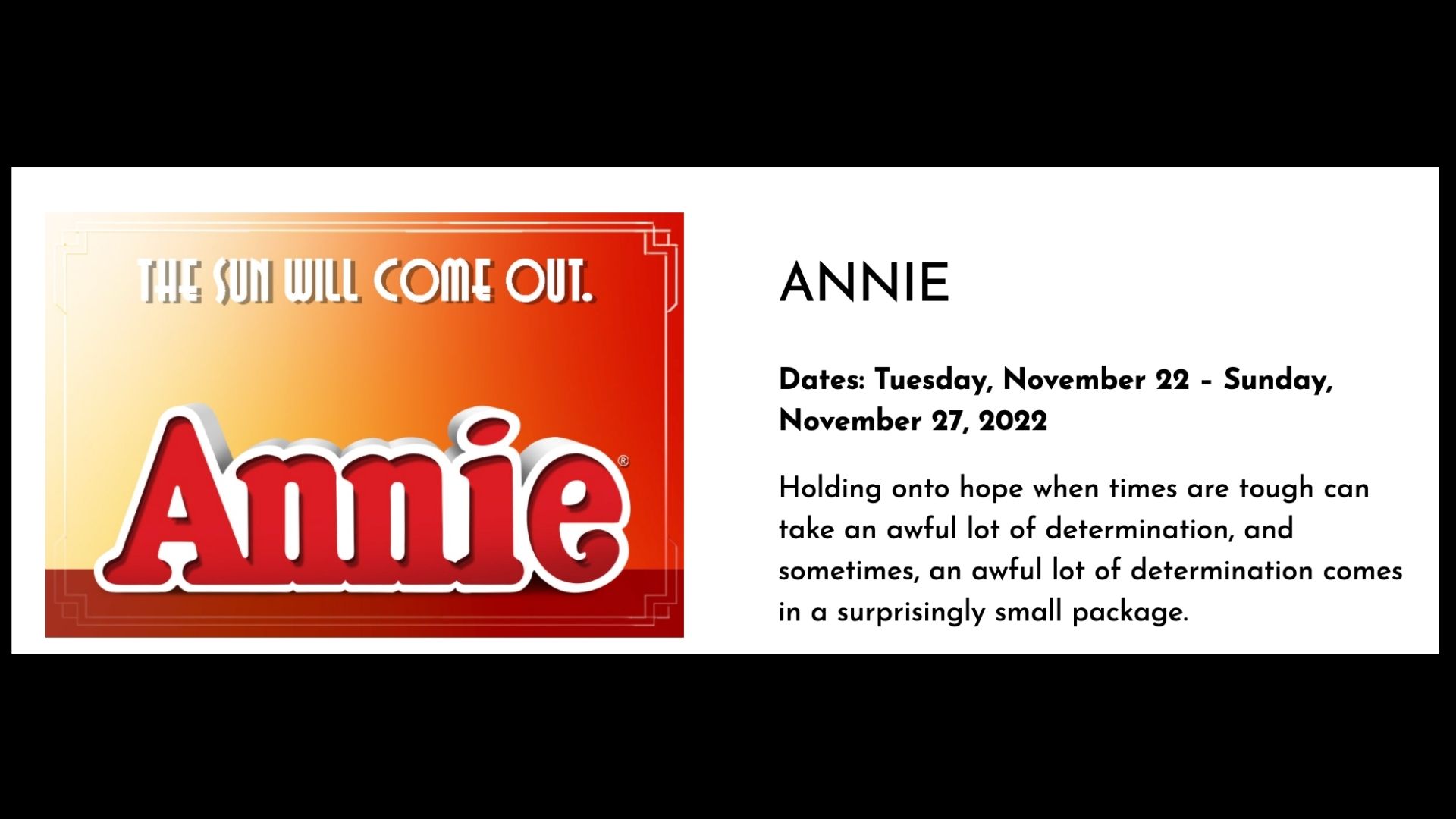 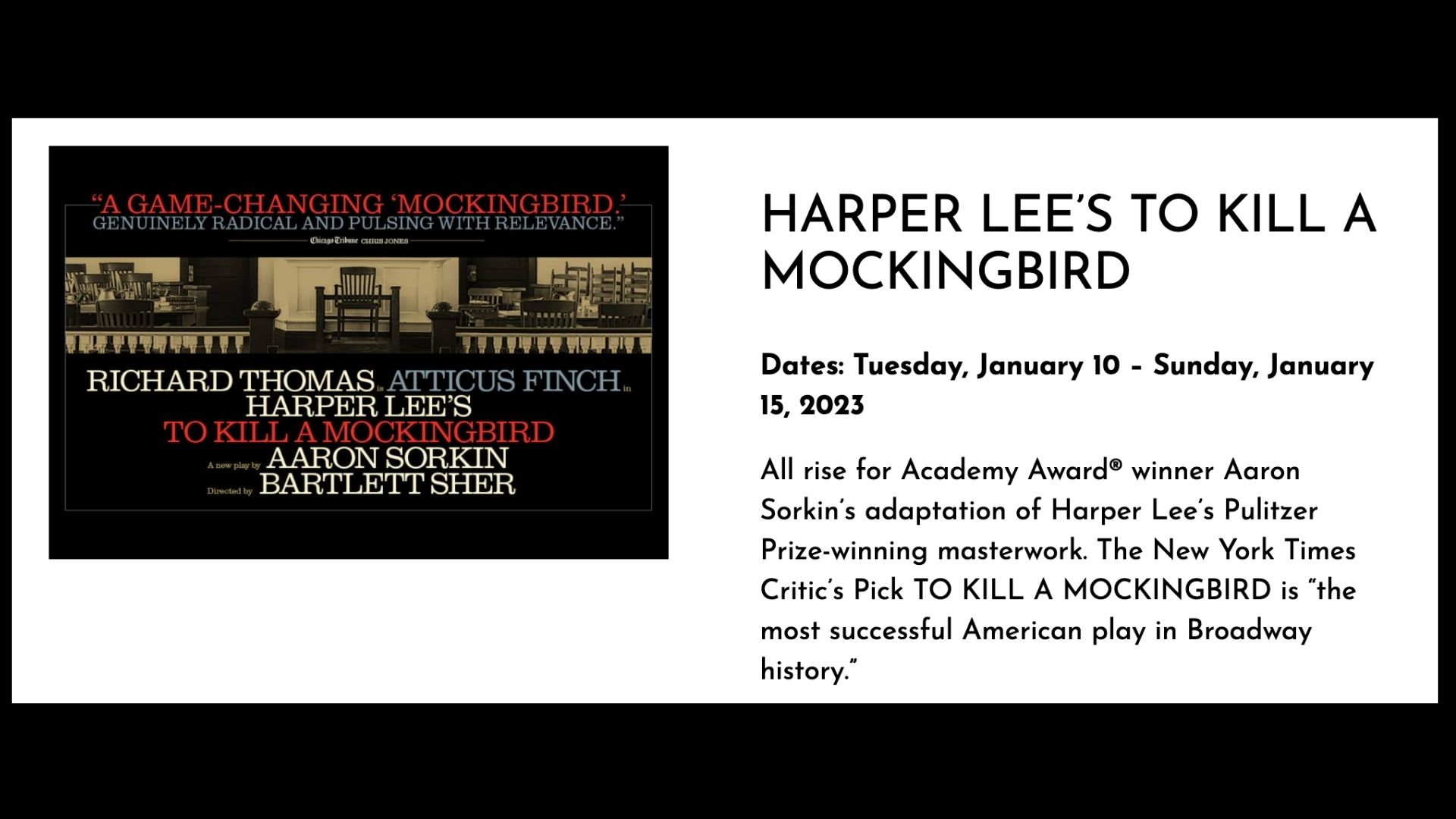 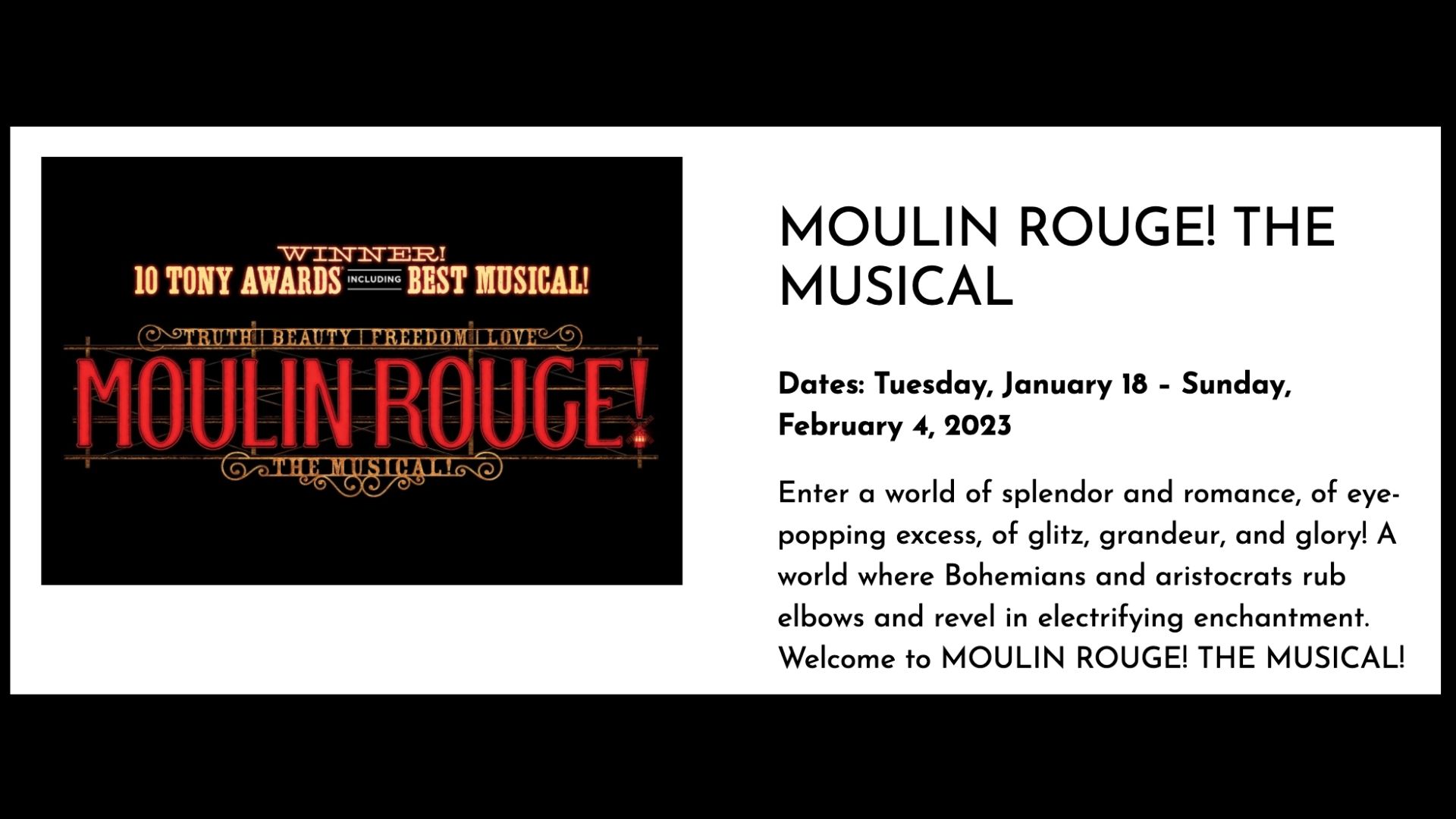 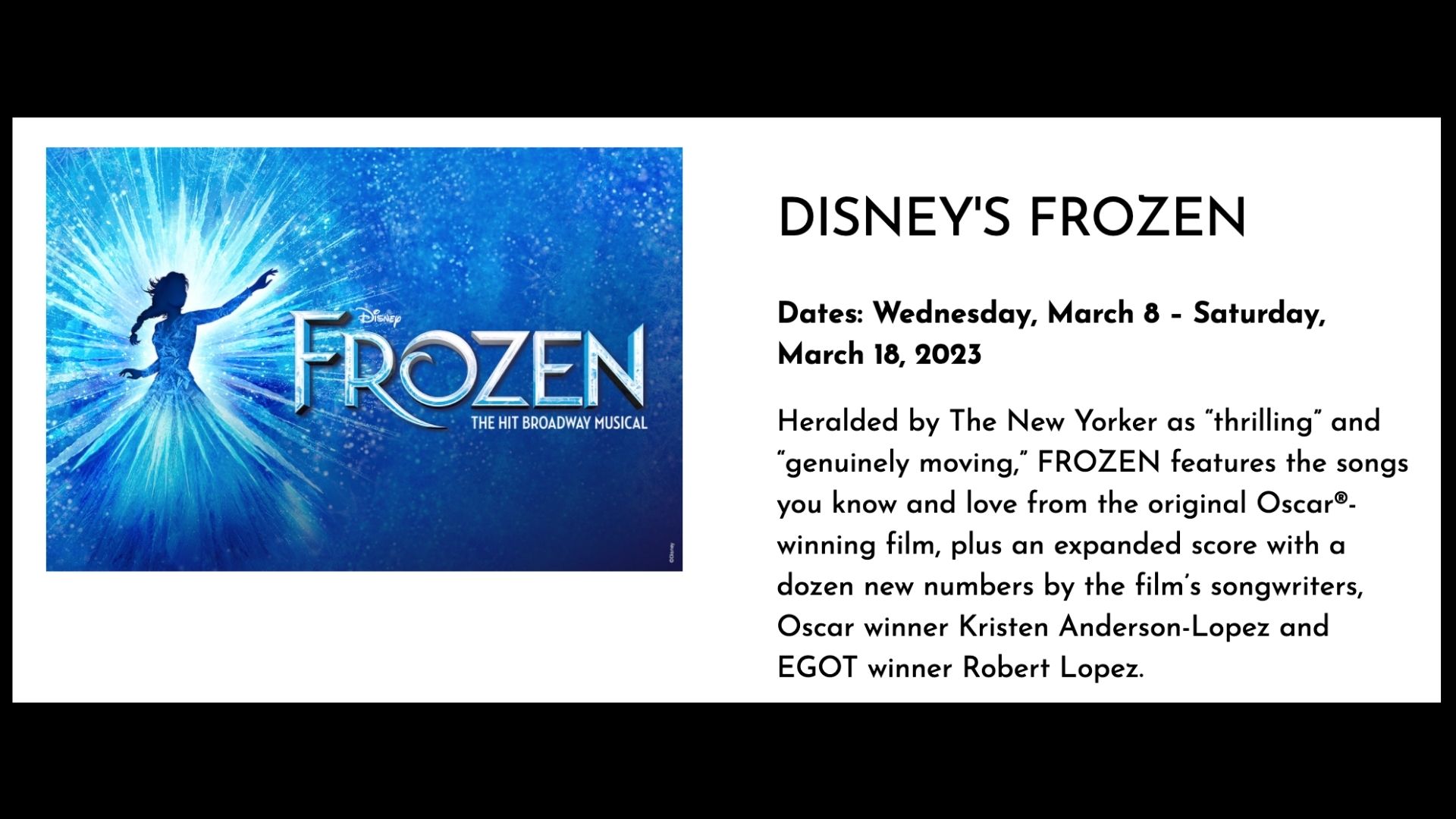