Buying a House: Expectation vs Reality

Raiders play next week on Monday Night Football vs. Ravens

Brendan King (00:19): And this is episode 10 of The Unnamed Show. What's going on, everybody? Welcome back. Of course, all things real estate, entertainment, food, drink, anything Vegas pretty much.

Brendan King (01:01): Which is actually pretty awesome. So if you want to check out fireworks, check out the game on September 10th, don't forget. Go check out the Aviators.

Brendan King (01:34): And congrats to Terri and Dan. They're our big winners of tickets right behind home plate. They've got two tickets to go check out the game. And actually David and I are going to join them at the game.

Brendan King (02:02): Speaking of nice outside, this is actually Terri and Dan's home. This is actually their old home that we sold in two weeks for $15,000 over list price. They've actually moved on and purchased, they've downsized actually.

Brendan King (02:15): They're empty nesters now. They've purchased a condo. Actually, there's Dan in his Golden Knights jacket. The day we went to look at the property, he headed out to a Golden Knights game. They're big Golden Knights fans. They are actually renovating the whole property. I love watching our clients do this type of thing.

Brendan King (02:34): All themselves, yeah. They're doing it all themselves. We'll actually show you guys the progress when they finish and what they've done. We've got another one we're working on right now, actually.

Jack Palermo (02:45): Yeah and it'll be coming on the market next week. So, next week I think we'll be putting that on the show.

Brendan King (03:05): Check out... Jack knows all about that. And of course, the Murphy family, congrats on your home purchase. They actually moved into my neighborhood. They came over from LA, as I think 70% of our buyers have recently. They moved into the mesas there in Summerlin South. So congrats, Murphy family. And if you noticed in the last picture on the right there, the kids were so excited they were sprinting into the house.

Brendan King (03:32): Yeah, they were so cute. Yeah. But, and also another LA transplant. The Graham, I'm sorry, the Lillis's. Graham and Janet, congrats. They moved into Siena, also from LA as well. Such a nice couple.

Brendan King (03:49): Right in Siena. And if anybody's never seen Siena, if you're looking for 55 and over it's honestly, in my opinion, one of the best.

Brendan King (03:58): And their clubhouse is actually incredible. And another thing. So the nice thing for past clients, we have actually a VIP text list. We also have one for the general public as well for food and drinks. So if you are looking to get deals on food and drinks or some times-

Jack Palermo (04:39): We talked about all things happy hour, dining, and all things fun.

Jack Palermo (04:55): You know what else we do on Mondays? We do the Monday morning market update. Do you know what is really cool? You can text market to 702-553-1955 to get your market stats directly sent to you via text. Or you can see me on Instagram or Facebook, where I post it every week, and you do too.

Brendan King (05:13): Yeah, for sure. And on our blog as well. So if you go to kingvegashomes.com, you can always get the Monday market update every single week. We'll always post the video and also all the stats as well. Honestly, if you're looking to purchase or sell it's important information that definitely helps you make an educated decision.

Brendan King (05:33): And if you ever want to know your value as well, feel free to reach out. We'll let you know.

Jack Palermo (05:36): And any other real estate information you need, please reach out to us.

Brendan King (05:40): Yeah, for sure. Actually, speaking of the blog, we've got another great blog post about expectation versus reality. Kind of what to actually expect when you're purchasing or selling a home as opposed to what you think you expect. It's a good blog post, check it out. Next week actually, we're going to have Joseph Ciaglia from Streamline to give us some information on why people should get pre-approved, what the process is. So this may be an article worth checking out before he comes. And if you have any questions or anything you want us to ask him directly, feel free to reach out and let us know what we should ask him.

Jack Palermo (06:18): Mm-hmm (affirmative). Lennar. Oh my God. Brendan and I had a chance to get out and check out the new 55 and older community built by Lennar and Heritage of Stonebridge.

Jack Palermo (06:41): The amenities are going to be crazy. Pickle ball, tennis, there's going to be a lap pool, a resort pool.

Brendan King (06:54): Yeah. Honestly, and the 28 has a next gen suite. So if it's a dual generation family where you have your parents or you have your kids living with you, then the next gen suite's a good option. And you have insane views of Red Rock from there. Because it is at the end of Stonebridge, so you're right on your way to Red Rock Canyon. So it's definitely something worth checking out. If you want to check it out, of course, let us know. And it's a 55 and over. It's Heritage at Stonebridge. So-

Jack Palermo (07:30): Whole other level. So Mark Davis' mansion. So he's building in Ascaya, a neighborhood near Horizon Ridge Parkway in Henderson. His house, you know how they call the Death Star, Allegiant Stadium? I'm calling this the star cruiser because it looks also Star Wars-ish. And it kind of looks like their practice facility as well. So he's kind of keeping it all consistent.

Jack Palermo (07:52): And he's been keeping his hair consistent for a while now, too.

Brendan King (07:55): He has. Yeah, he has. And I think he's spending $14 million on the build of this property. And literally it's going to look like a cross of the stadium and the training center.

Brendan King (08:07): Six acres, wow. Which is, if anybody doesn't know Vegas, that's an unheard of side in Vegas.

Brendan King (08:21): I can actually guarantee that. So one of the big things coming up, which is huge. I shouldn't say big, this is massive. Raiders to host the Ravens week one in the first Monday Night Football showdown of the 2021 season. So on Monday...

Brendan King (08:50): But yeah, obviously, check it out. And if you have tickets, congrats, because this is going to be a hard ticket to come by.

Brendan King (08:58): Oh yeah, big time. And so this is actually the Raiders Tavern & Grill at the M Resort. If anybody doesn't know where the M Resort is, it's on the 15, just across from Southern Highlands.

Brendan King (09:09): Yeah. It's a Raiders themed sports bar and grill. And then they actually also have a merchandise area, so you can pick up merchandise. Here's the menu. Honestly, it looks good.

Brendan King (09:30): Yeah. Again, a reminder. Any time we mentioned anything like this-

Brendan King (09:36): There's the merchandise. So if you want to check out a game, go to Raiders Tavern Bar and Grill, what do they call it? Tavern & Grill.

Jack Palermo (09:48): Yeah, why not? And they have really cool stuff for, what do you call it? What am I trying to say? I am trying to say memorabilia from all the old Raiders and stuff like that advertised as you walk in.

Brendan King (10:01): Yeah. It's a cool place. Honestly, I think they purposely put it there because the players are actually staying there on the night before game night.

Jack Palermo (10:10): And it's really close to the practice facility as well.

Brendan King (10:23): And I know right before we started this, we looked at each other and we went, "Why are we not going to this game?"

Jack Palermo (10:44): It's really cool if you just want to get a chance to go inside that stadium because the stadium is pretty insane. Tonight would be the night to do it and it won't be killing your wallet. Know what I mean?

Brendan King (10:56): So, in other sports news, this is actually pretty... I have two daughters, David's got a daughter. I just can't imagine my daughter getting hit by a lineman on the field.

Jack Palermo (11:10): Cheyenne High school, female quarterback Kaleigha Plett. She is the first ever female quarterback in the state of Nevada's history to play high school football. It's pretty wild. She actually was so hot that day, it was like a hundred degrees. There was a couple of players that were just winded and tired and she ended up playing both ways. She played cornerback too, that game.

Brendan King (11:36): I think you had mentioned that literally they were so down on guys that they said, "Who wants to play quarterback?" She raised her hand.

Brendan King (11:43): And there she was, making history at the same time which is pretty cool.

Brendan King (11:47): So moving on from sports, back to some food. And I know you've eaten here. So, Al Solito Posto over in Tivoli Village or Tivoli Village. I apologize.

Jack Palermo (11:57): Is amazing. The atmosphere is amazing, the food's amazing. I've been there half a dozen times, I think, already.

Brendan King (12:04): And I'm heading there Saturday. I'm finally taking the hint after you've told me about a dozen times to go.

Jack Palermo (12:15): It's like, they have fresh pasta, it's Italian, the drinks are amazing, bar atmosphere is amazing. It's just a really cool place. It looks like something you'd find somewhere in like LA or New York actually in the inside. It took over the old Brio spot and remodeled the entire place.

Brendan King (12:53): Yeah. So, Weekly magazine. This is honestly, I think, one of the best references for any kind of entertainment news.

Brendan King (13:37): Vegas for this type of thing just becomes synonymous with headliners. Obviously we always have, but I feel like it's just insanely picked up in-

Brendan King (13:55): And literally we have every type of artist in there. You had everything from heavy metal to rap to pop, everything. So, yeah. Check out this weeks Las Vegas Weekly and definitely check out whatever's going on, because there is a ton of different things coming within the next few weeks.

Jack Palermo (14:14): You know what else is going on? Cirque is back with Beatles Love and Michael Jackson One. Brendan, do you know anything about Beatles Love?

Jack Palermo (14:24): I think Brendan was in Beatles Love actually at one point in his career.

Jack Palermo (14:35): Guess Brendan was in Beatles Love. So, great show. Beatles Love and Michael Jackson One are both back at the strip.

Brendan King (14:52): They hid that in the little rehearsal before. You guys are both dead.

So, you know what? I'm happy. A lot of our friends are back at work and one by one Cirque's kind of just been going through the shows. O is back, Mystère is back, MJ One is back, Love is back.

Brendan King (15:19): So they're almost there, almost back to full. So congrats to everybody, and happy you guys are back working. I know they're very excited as well.

Brendan King (15:41): And dine, of course, if you want to know about different specials going on for food and drinks every single week. As always, I just want to say anything we've mentioned, don't forget to click on the link. Everything's linked down below or in the bio or whatever we have attached to wherever this is posted. And have a great Labor Day weekend.

Jack Palermo (16:03): Have a great Labor Day weekend everybody. And we'll see you next week. 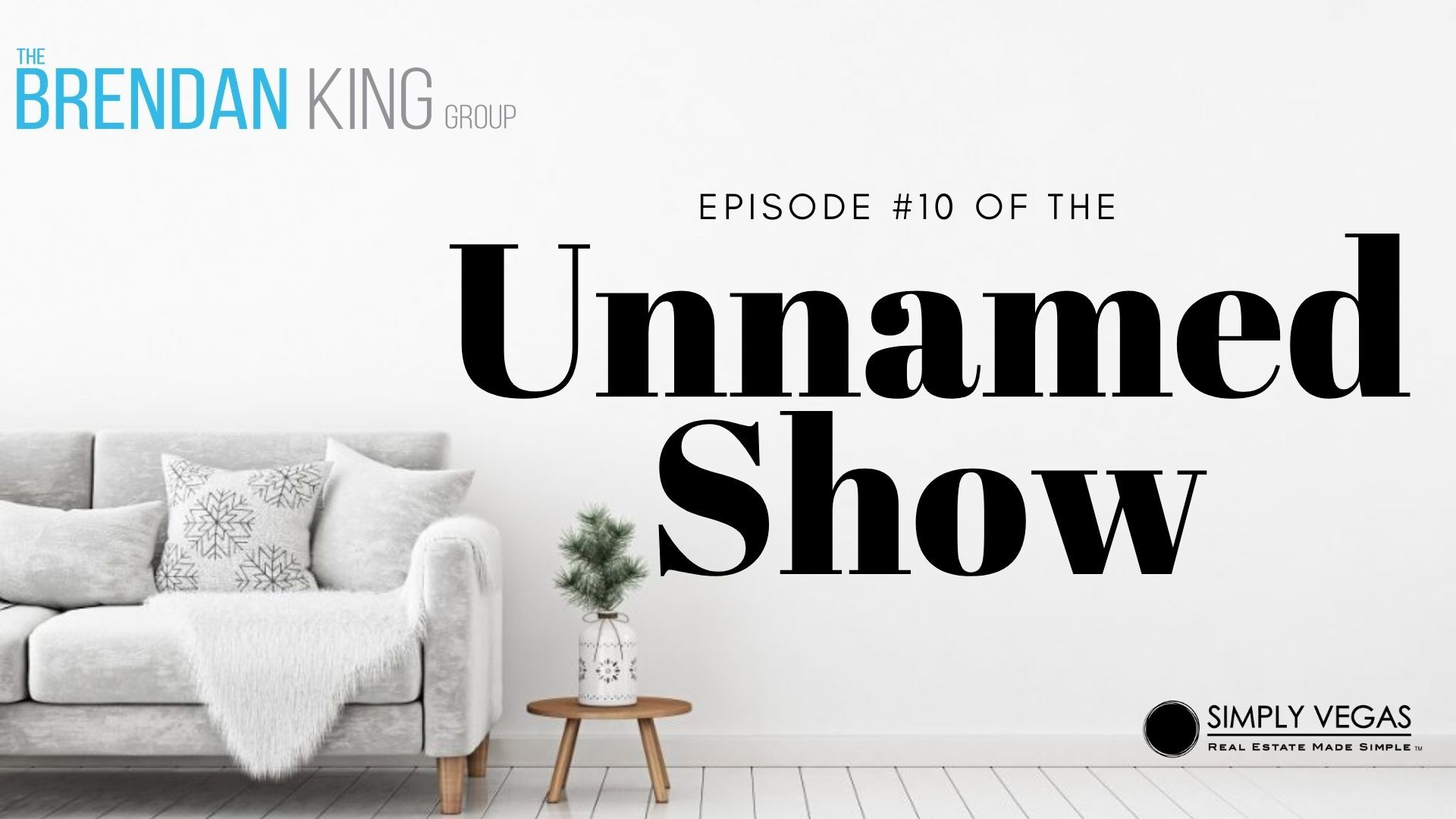 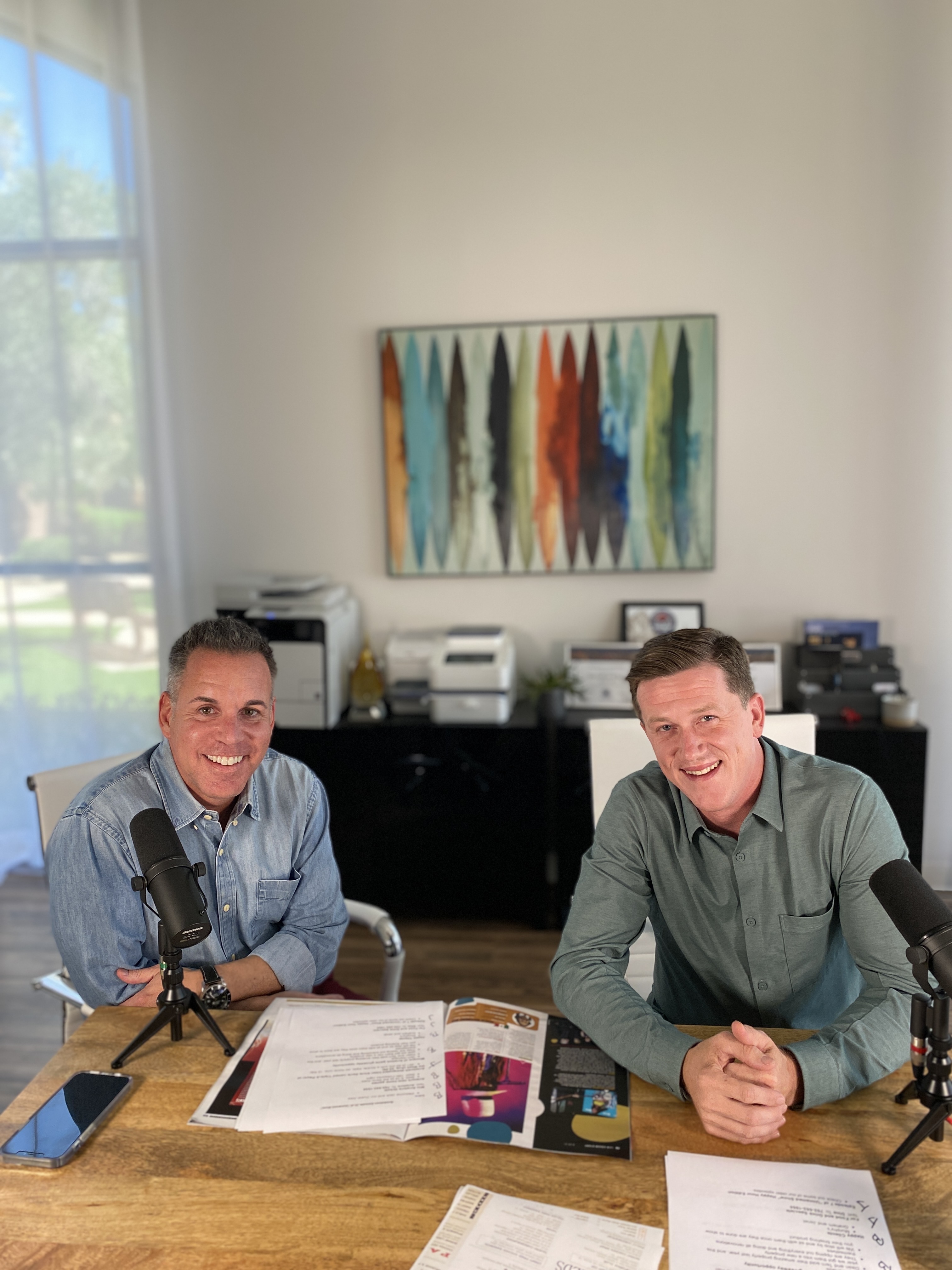 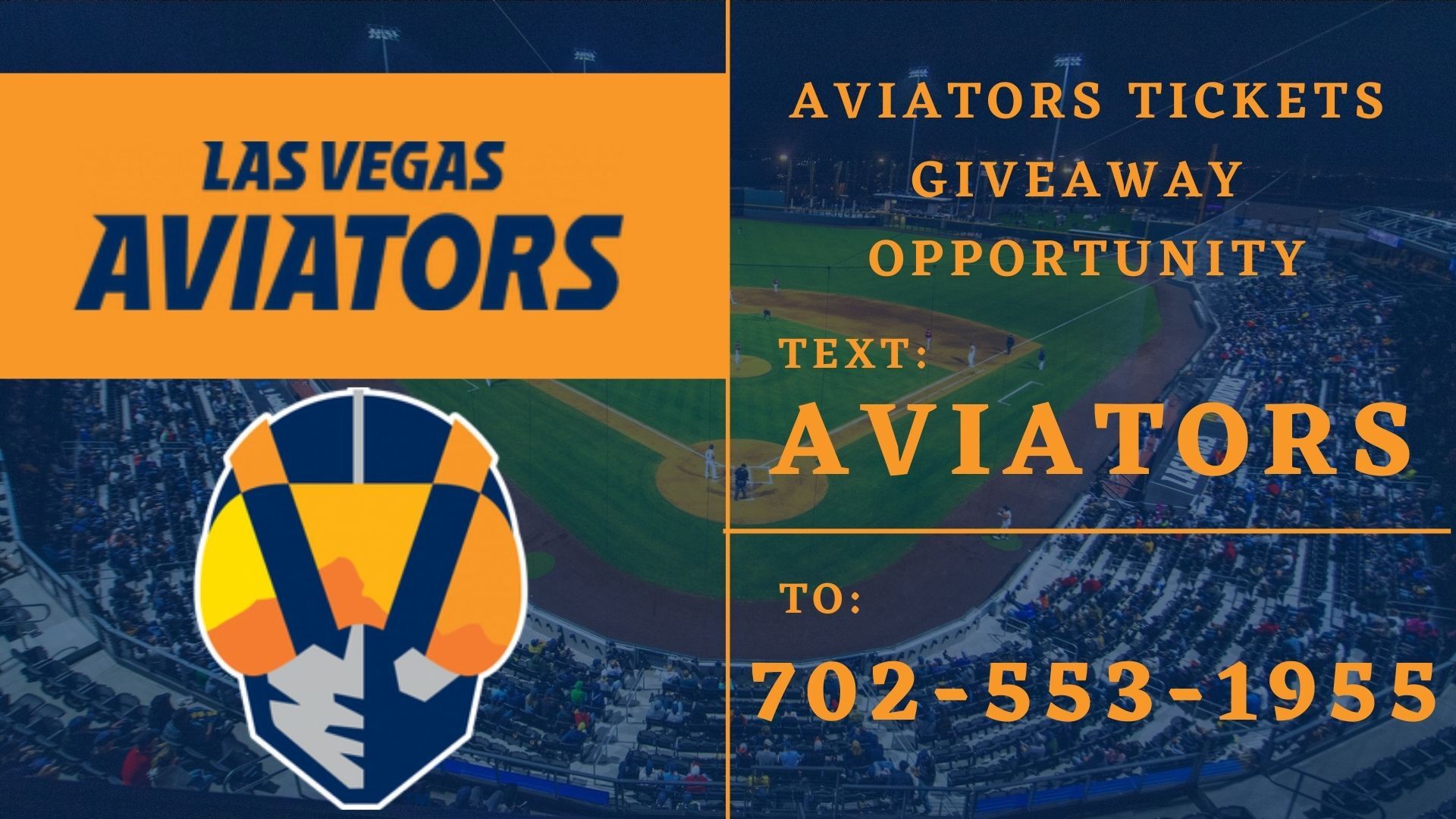 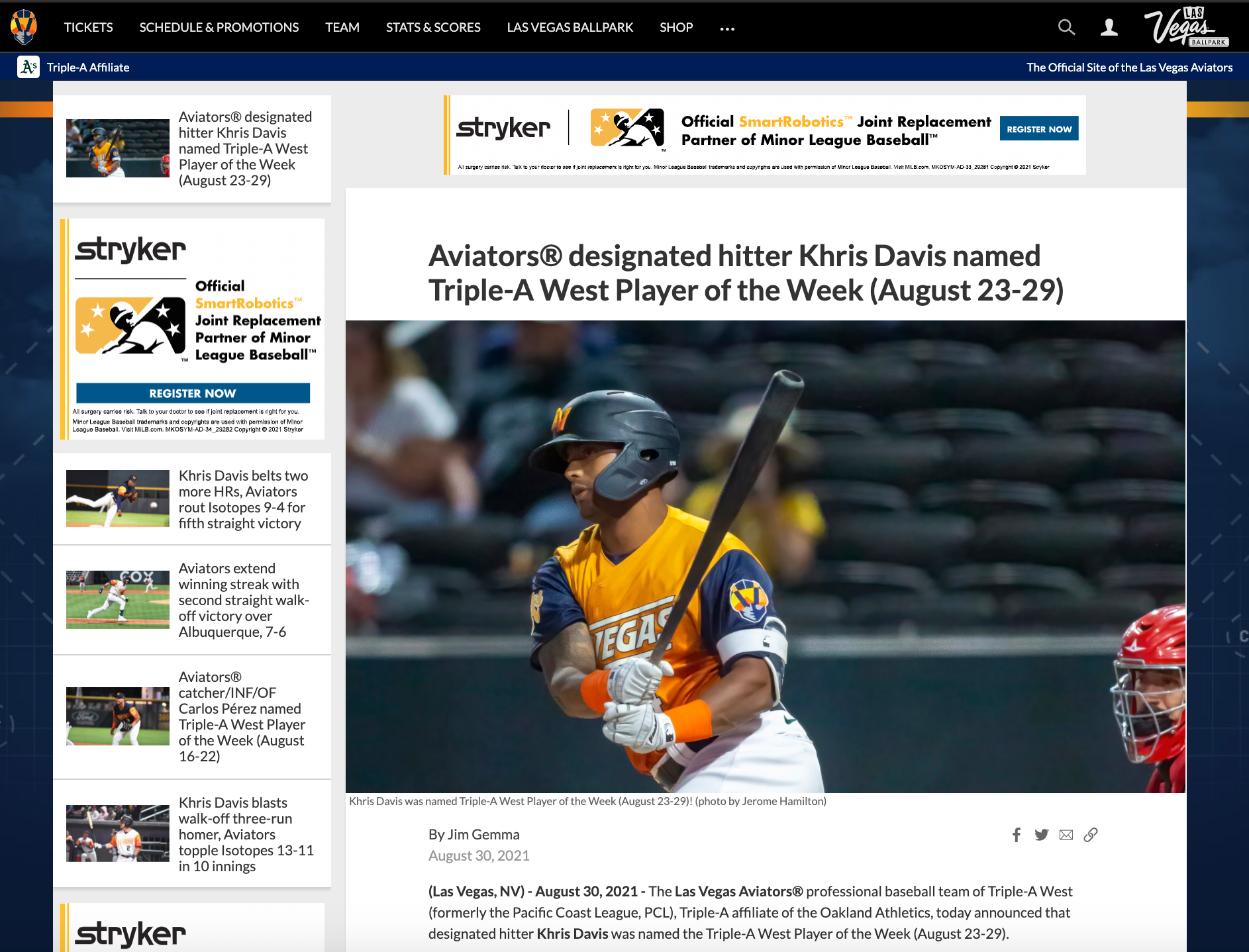 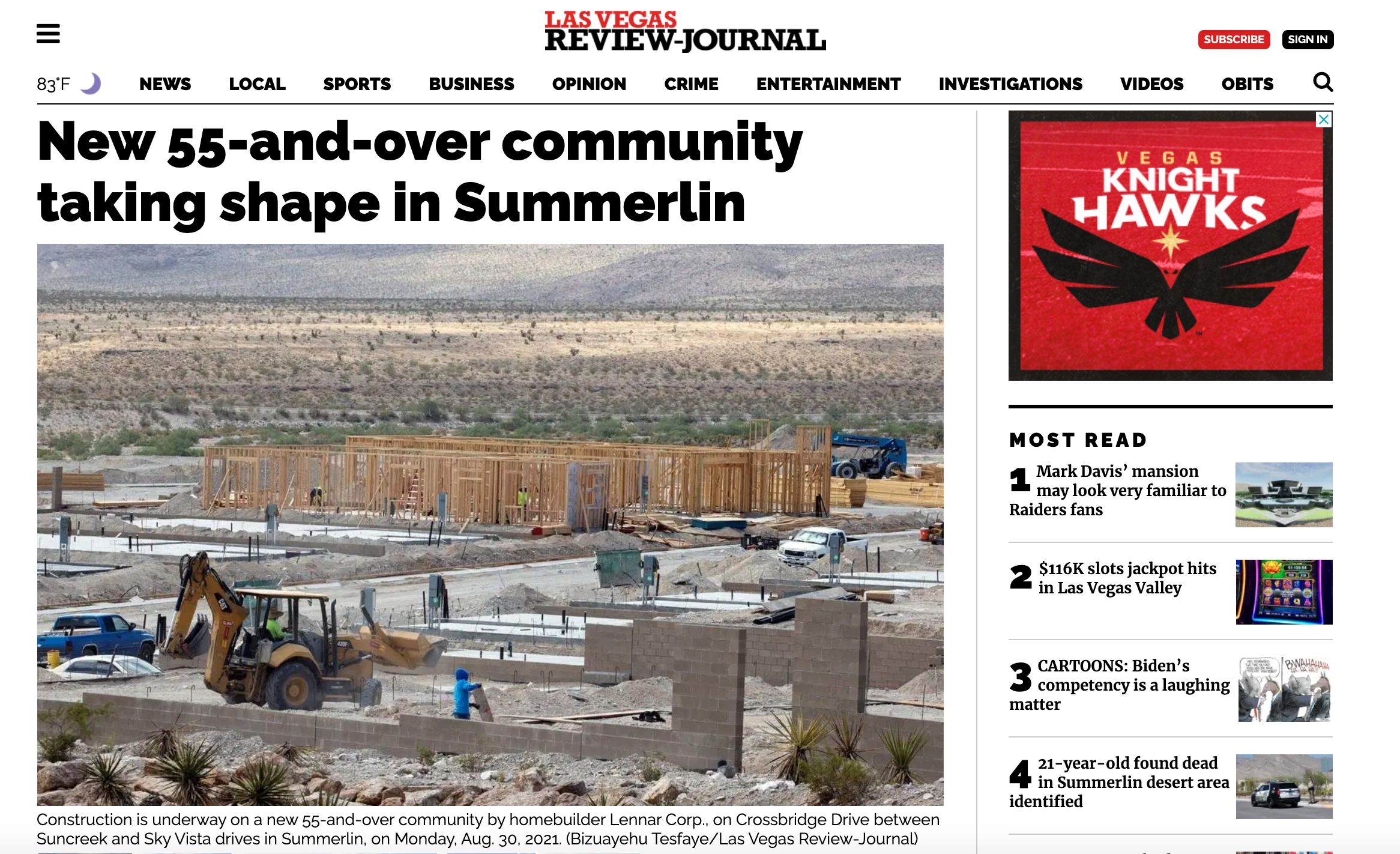 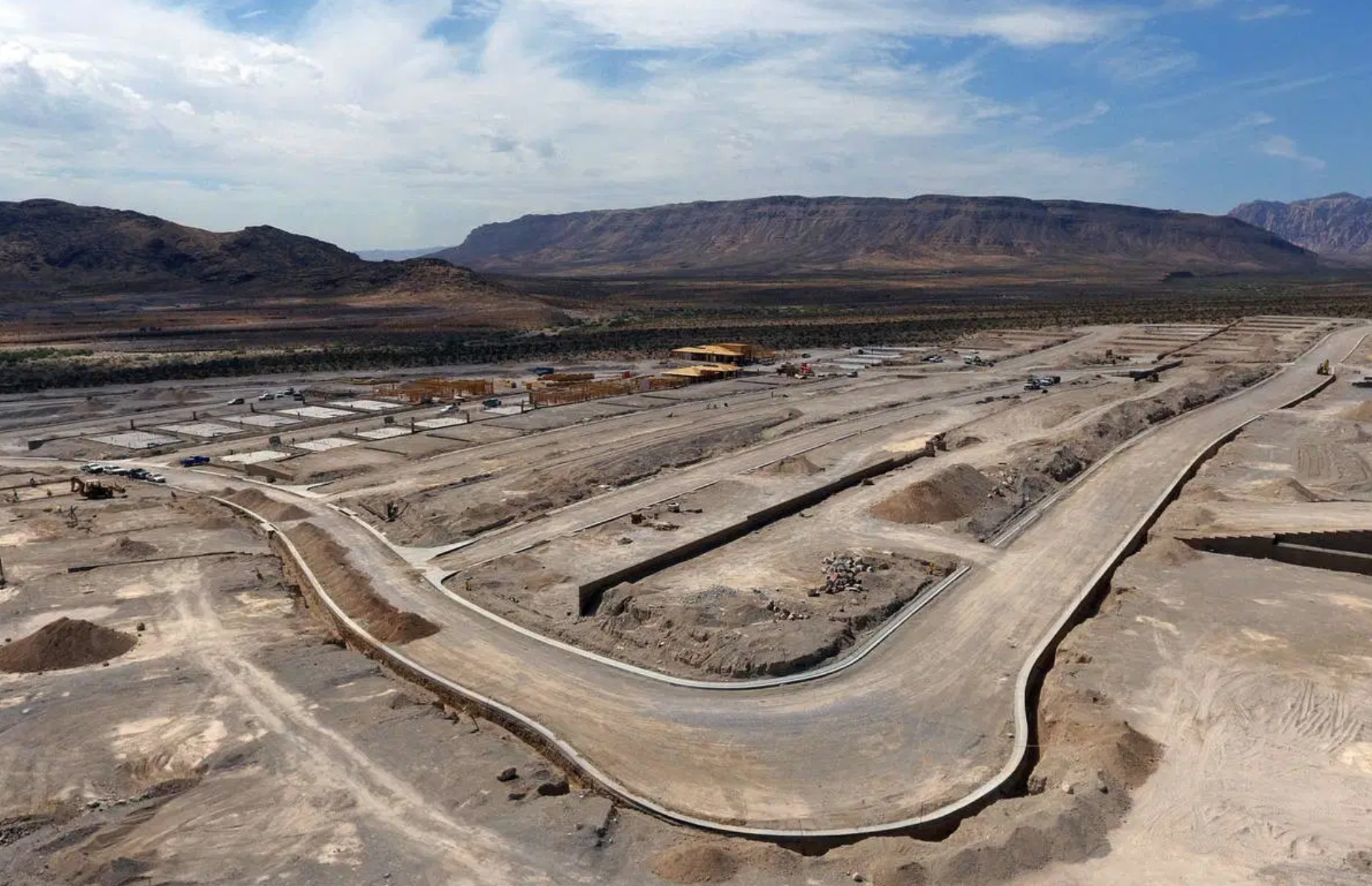 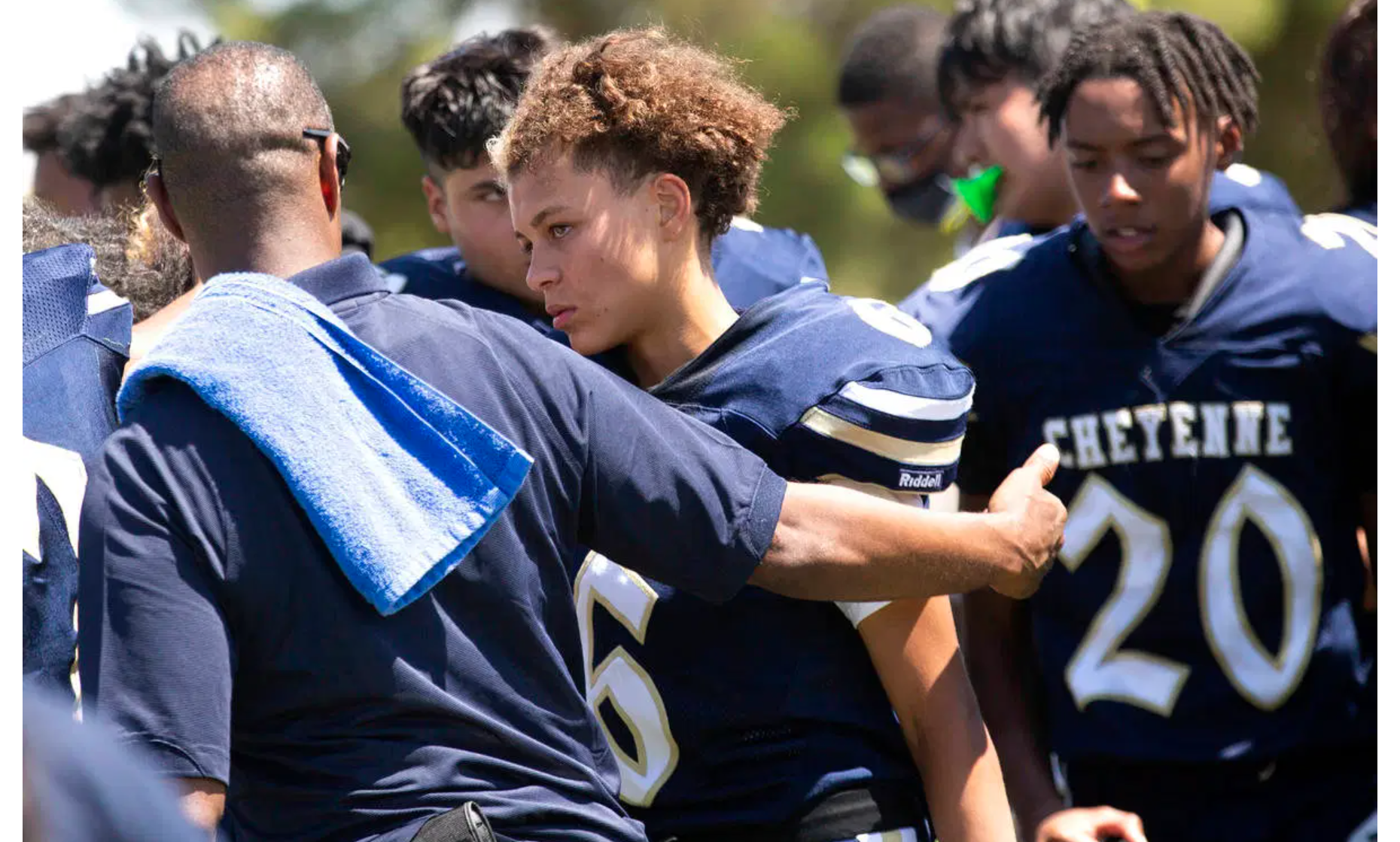 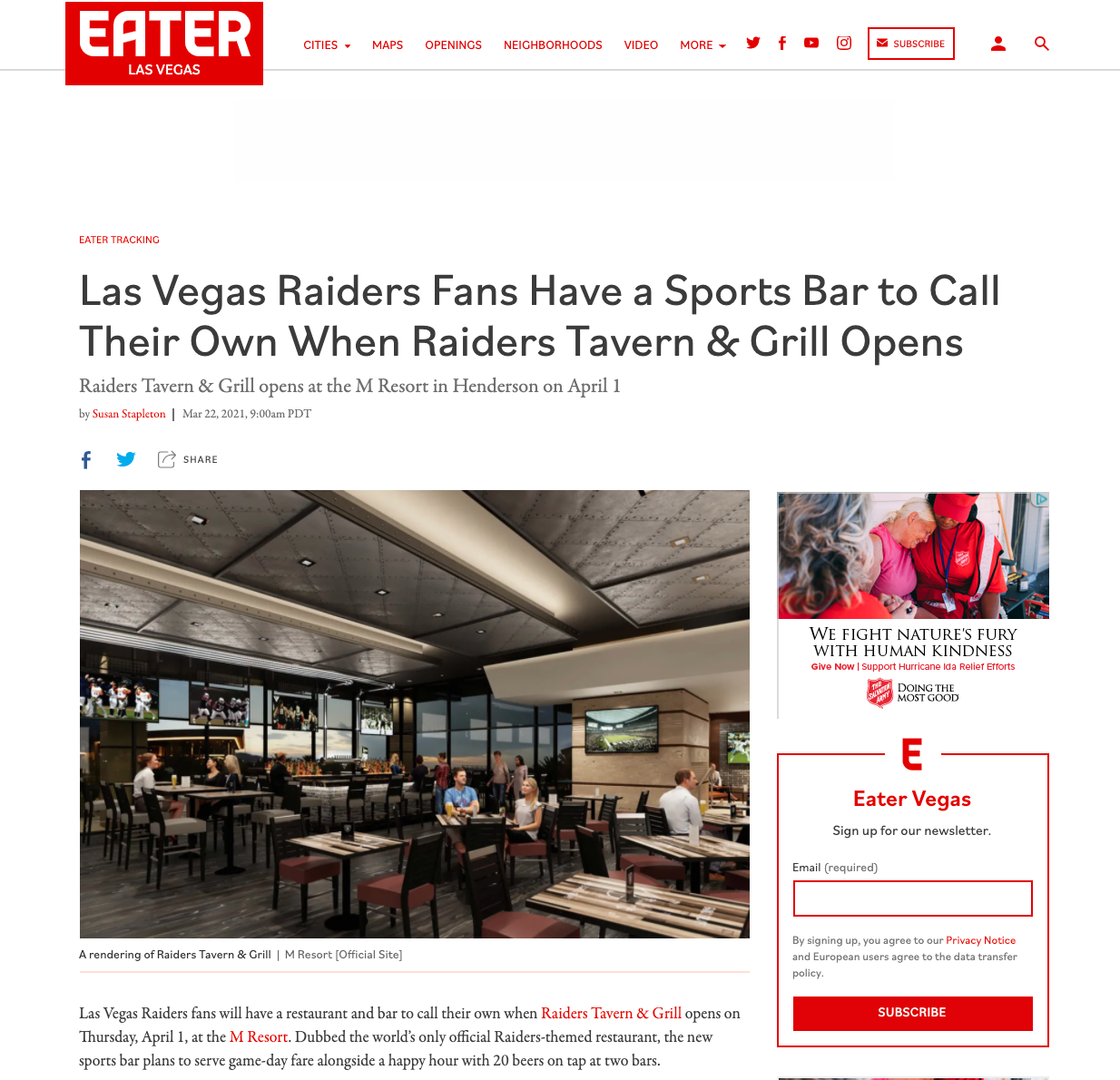 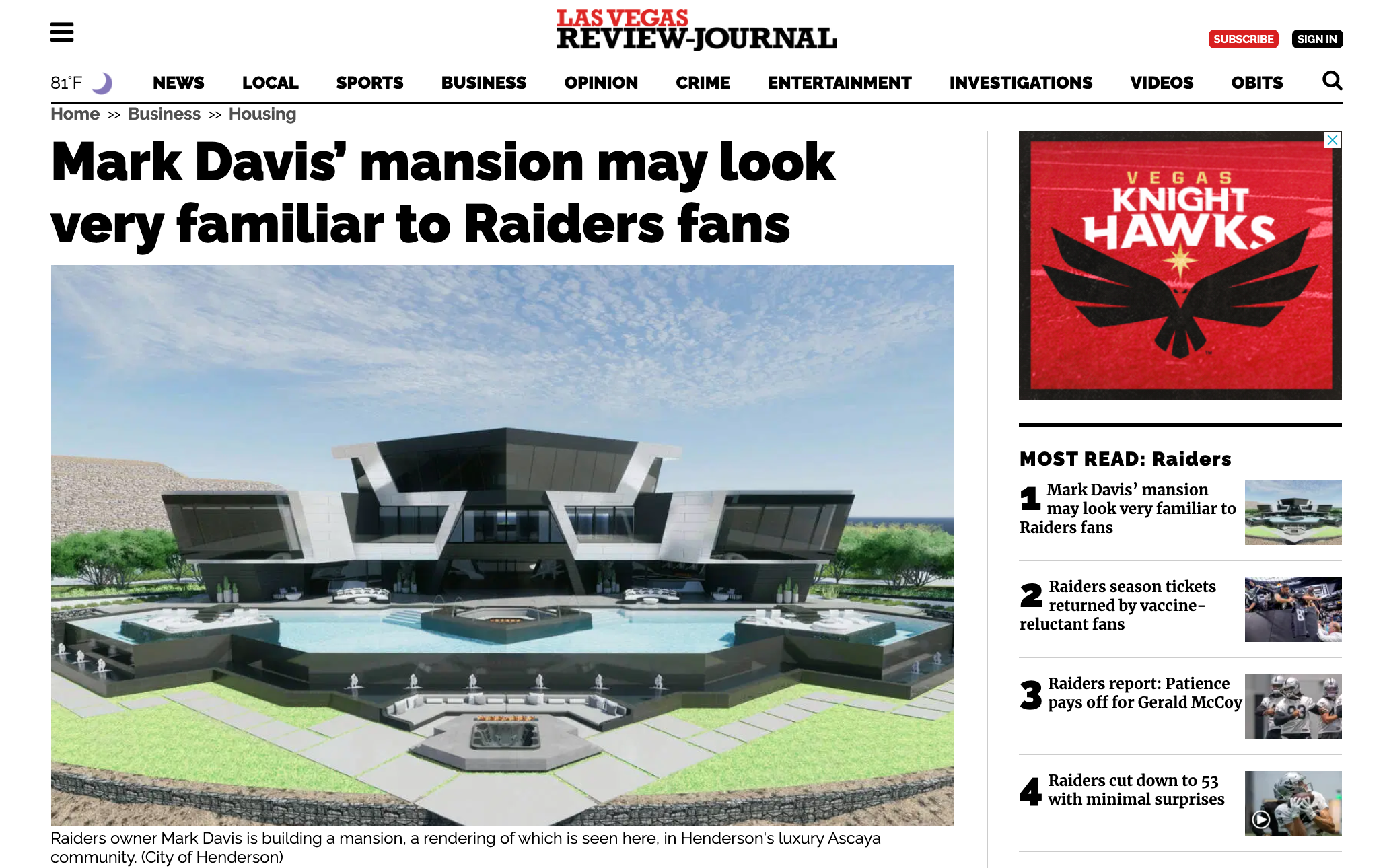 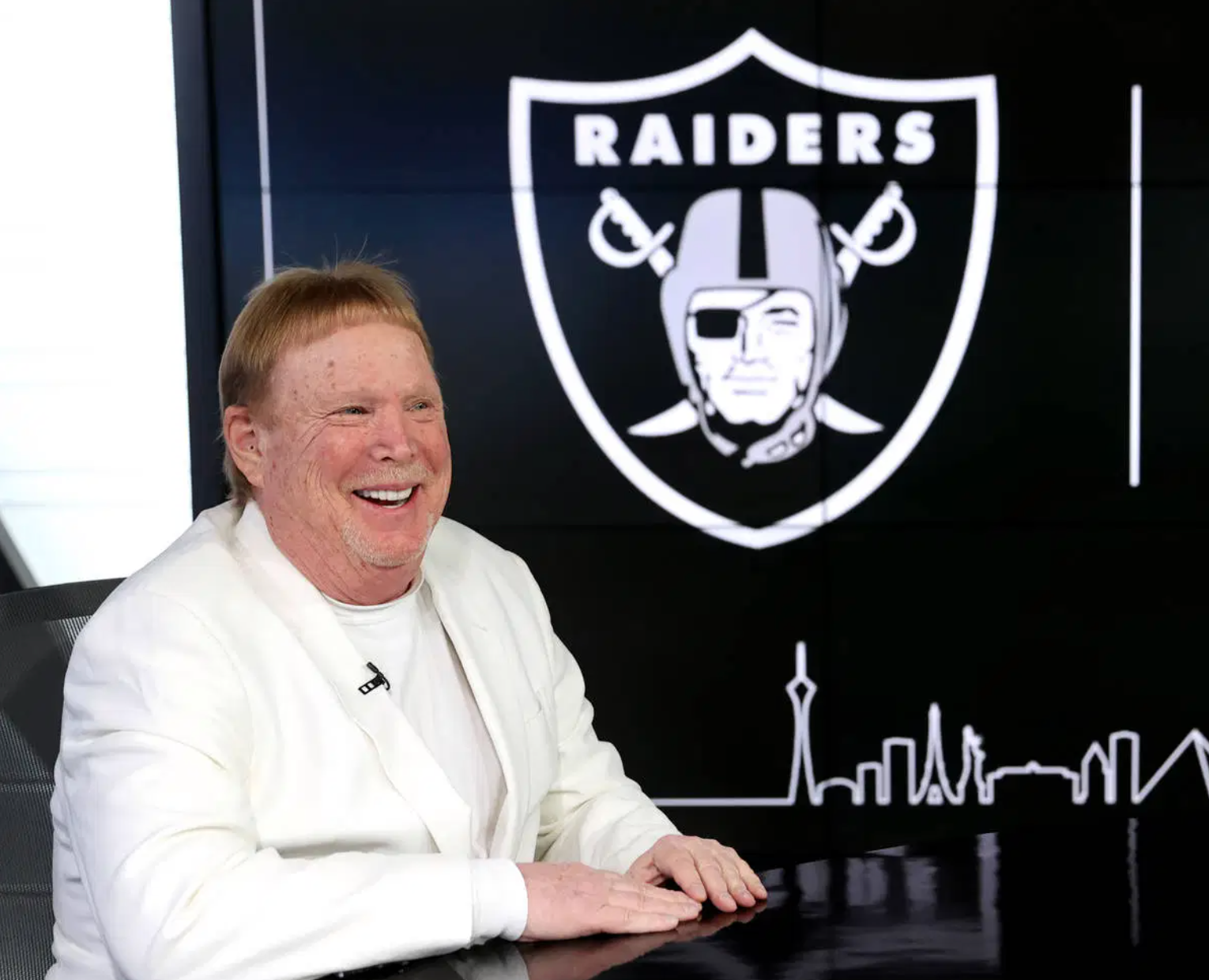 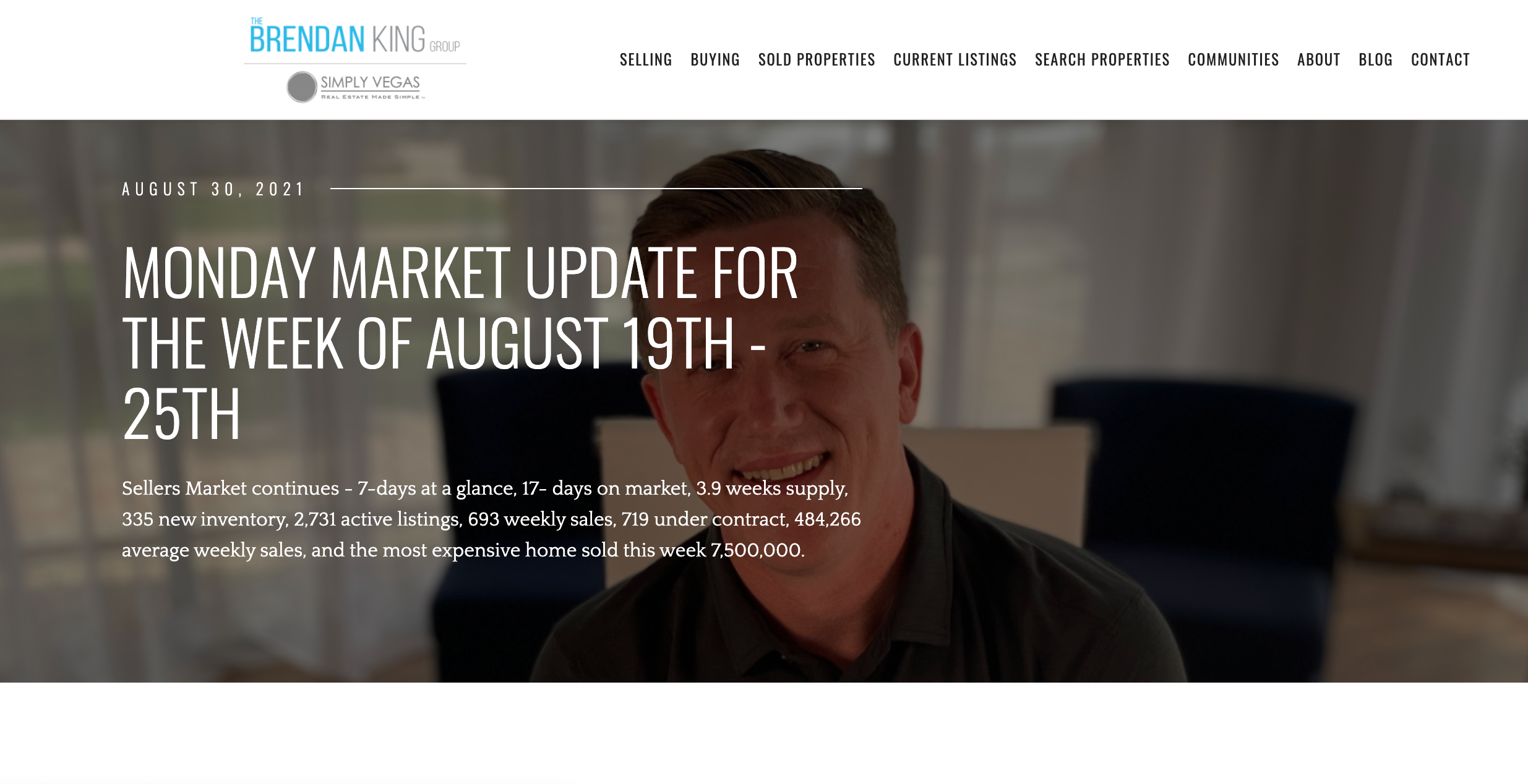 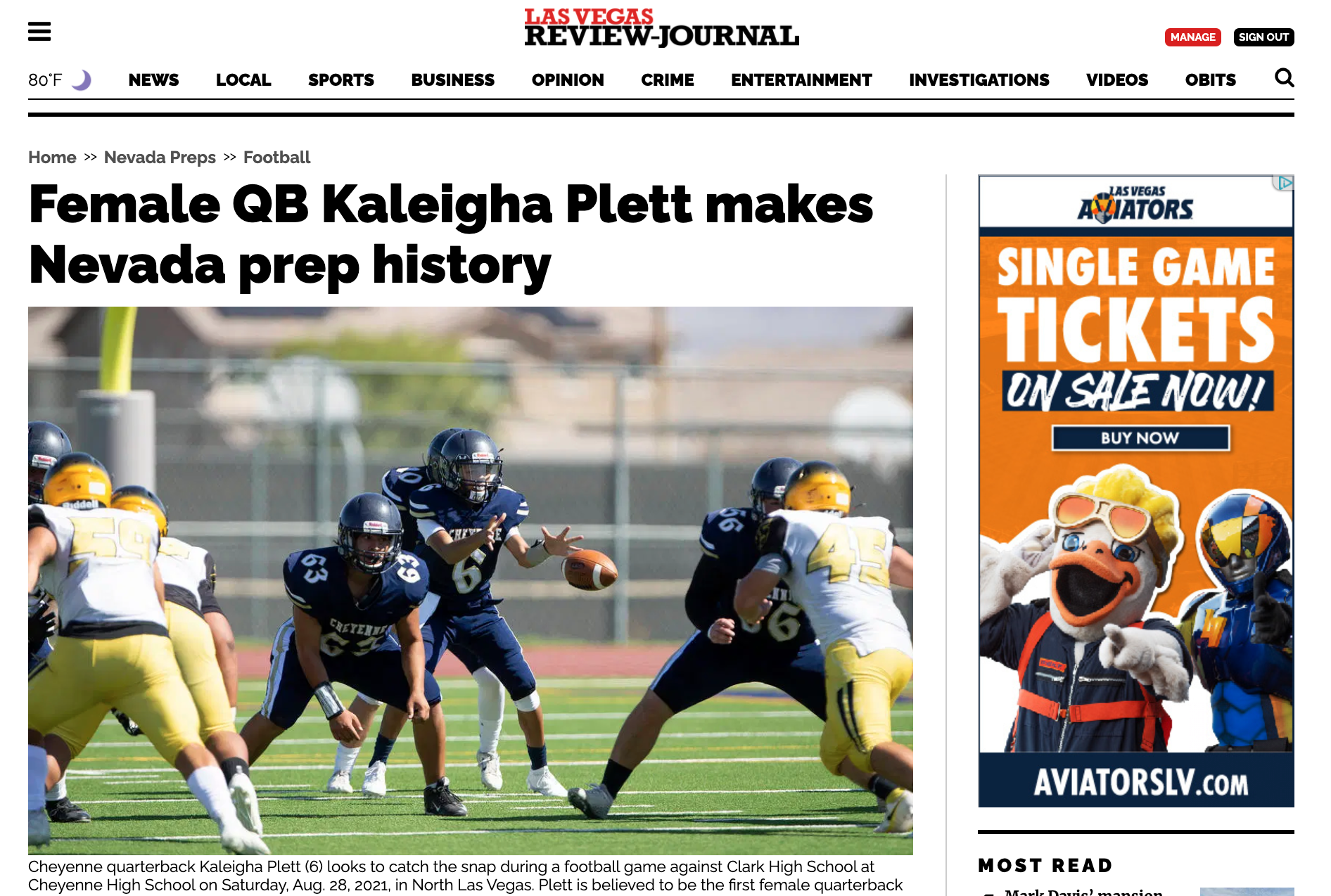 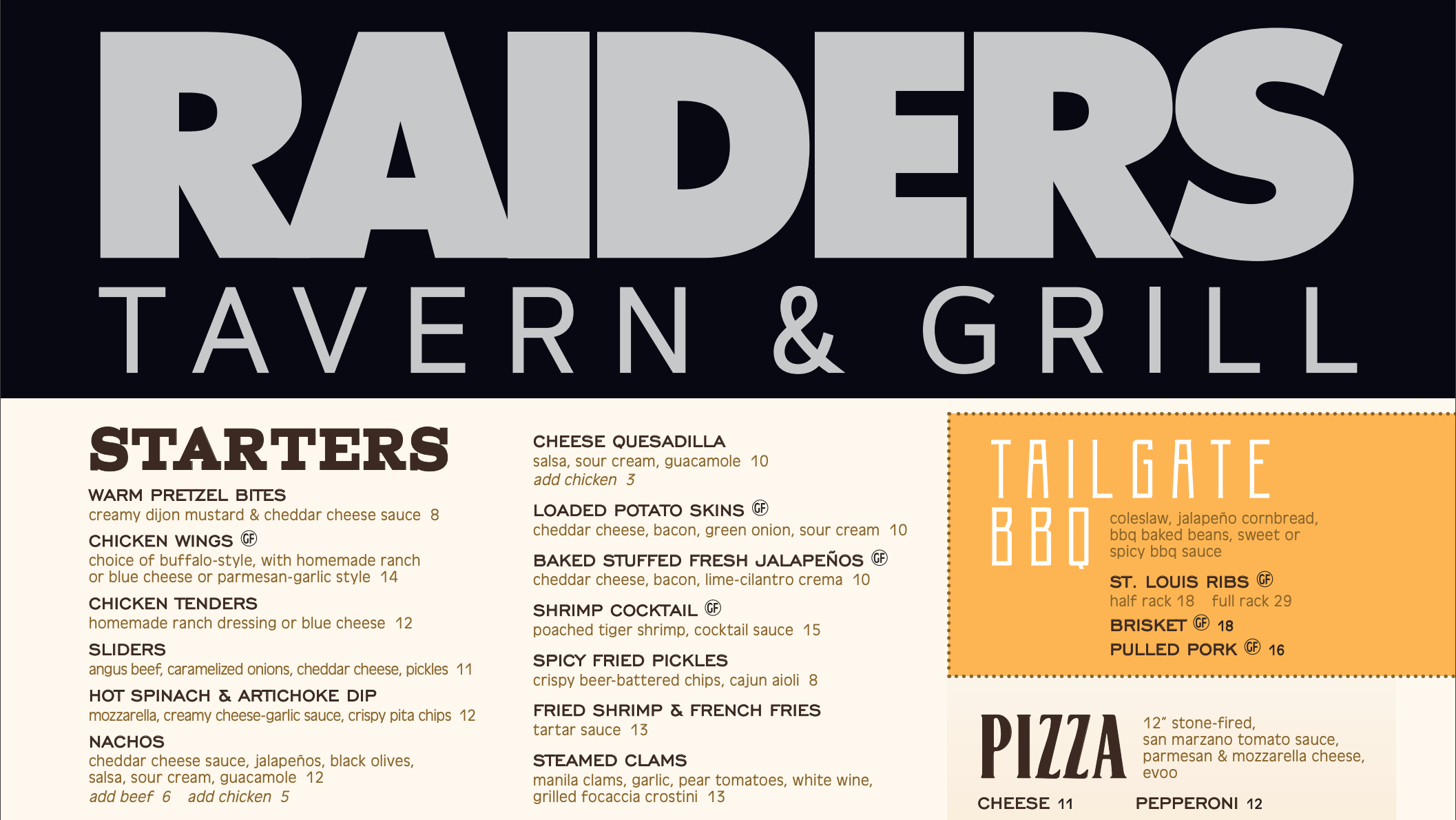 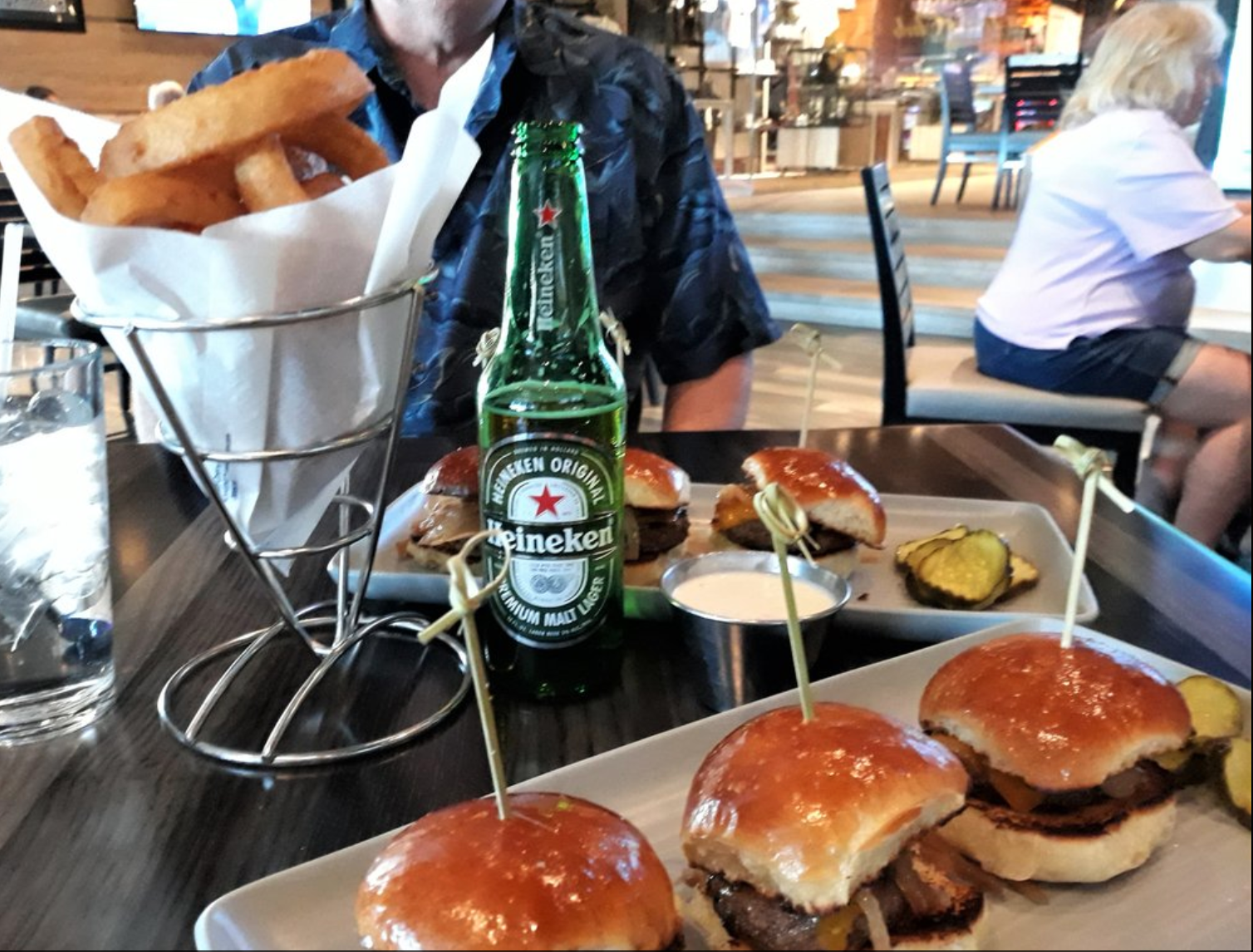 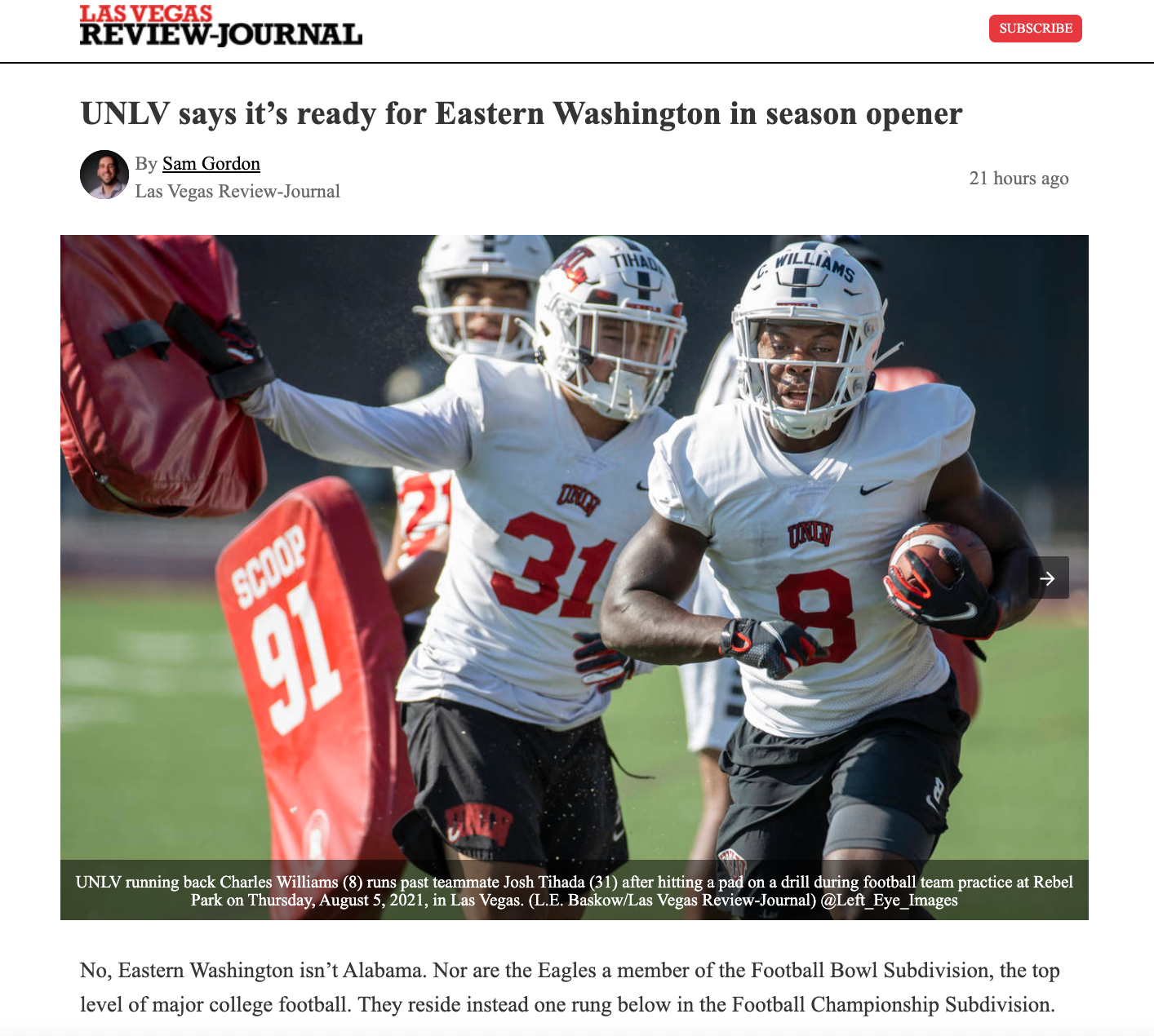 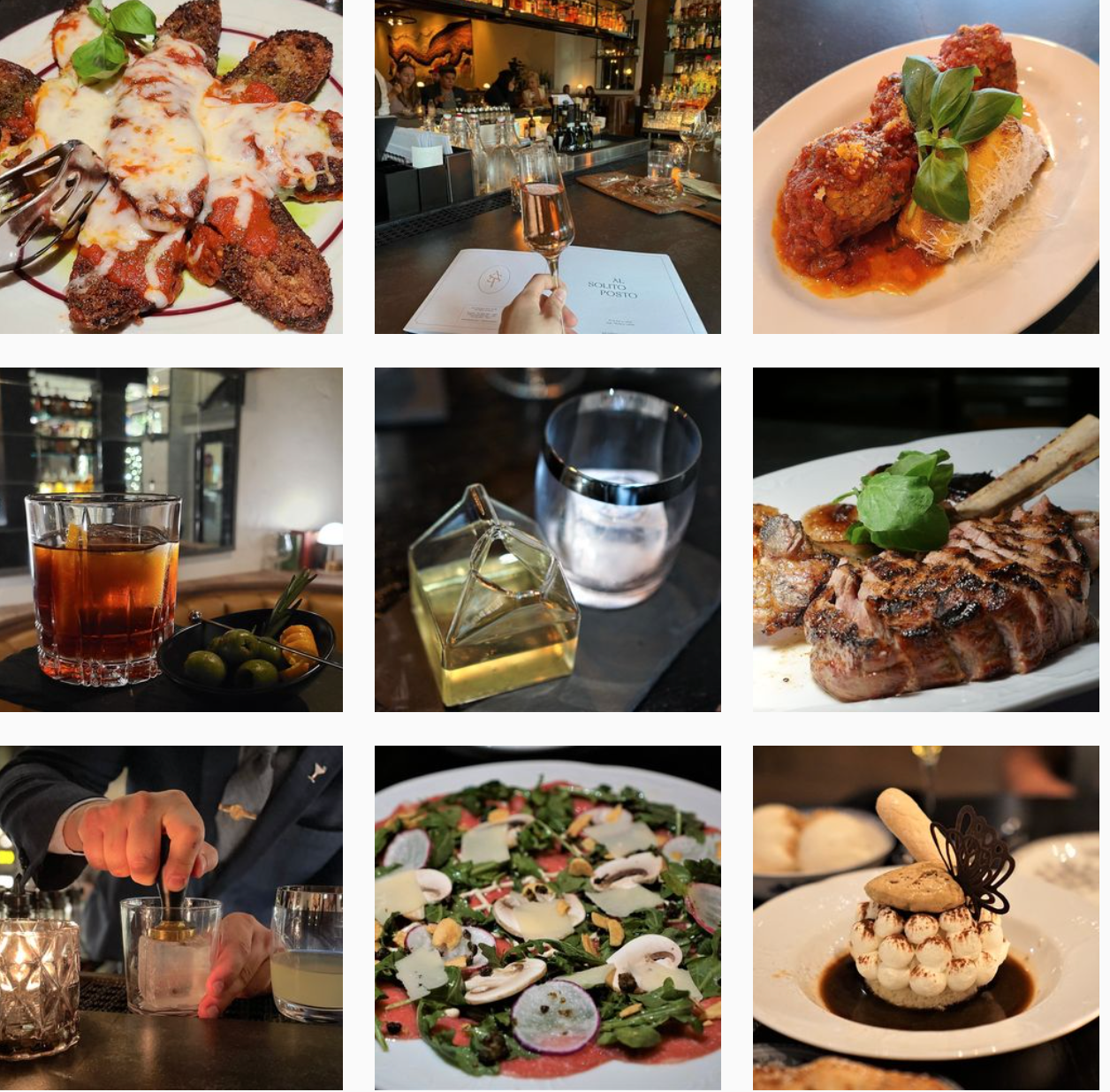 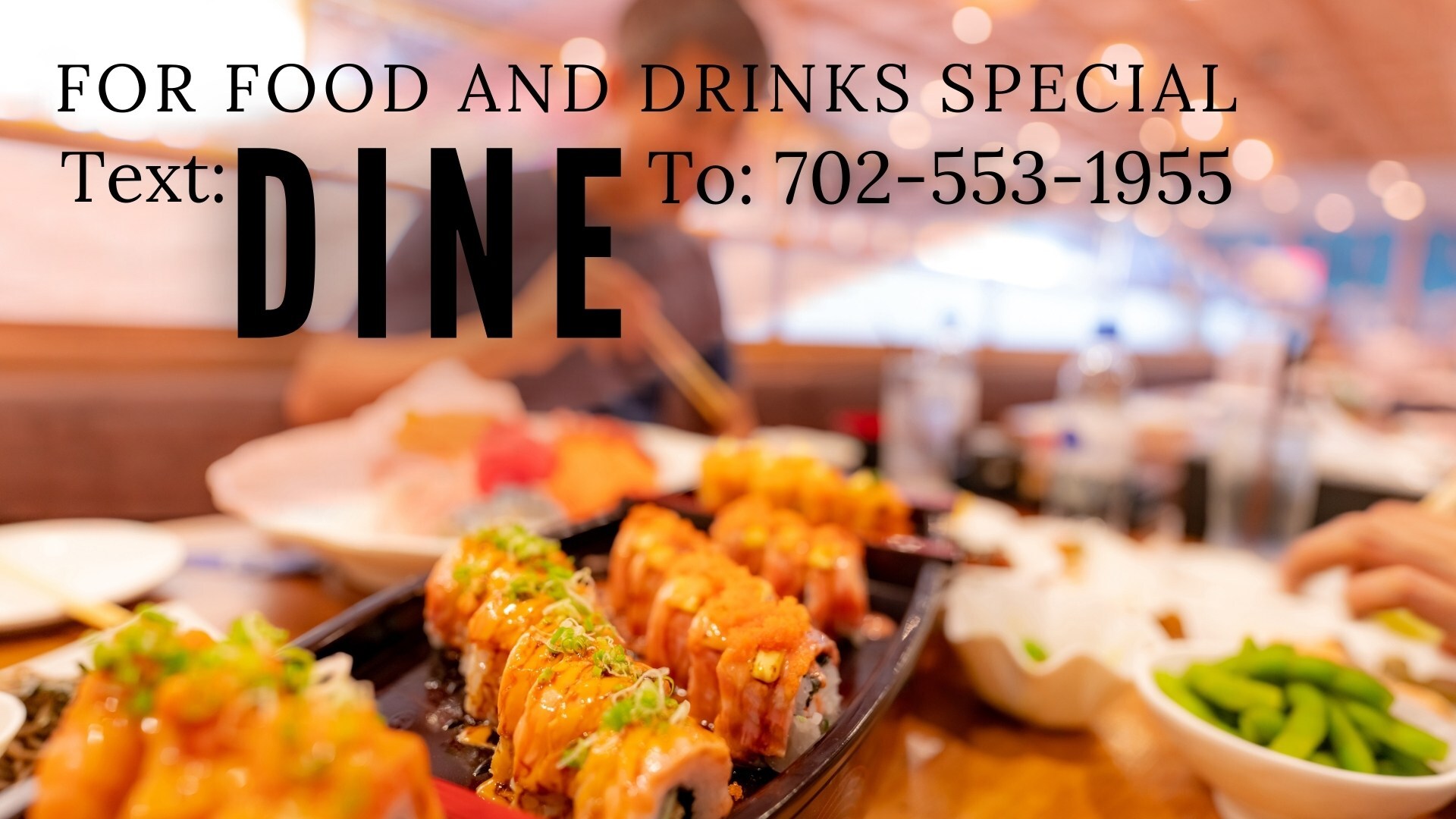 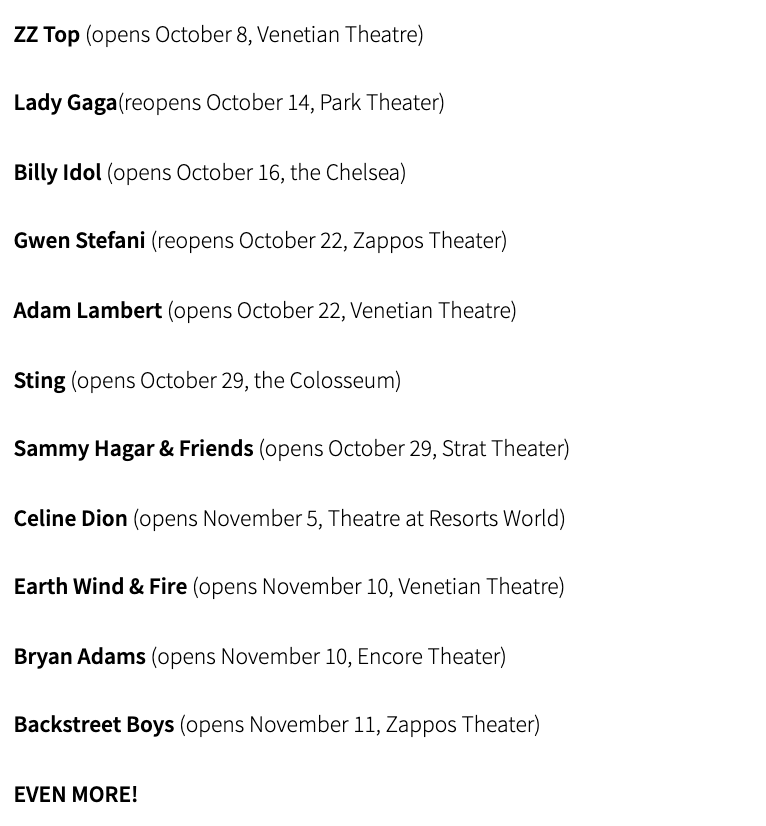 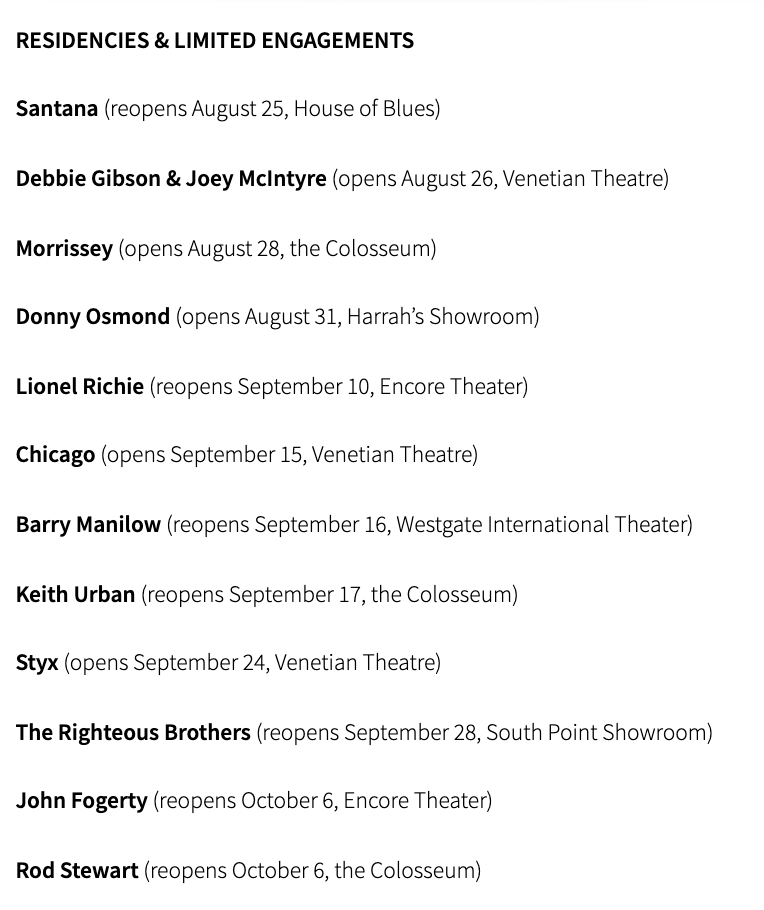 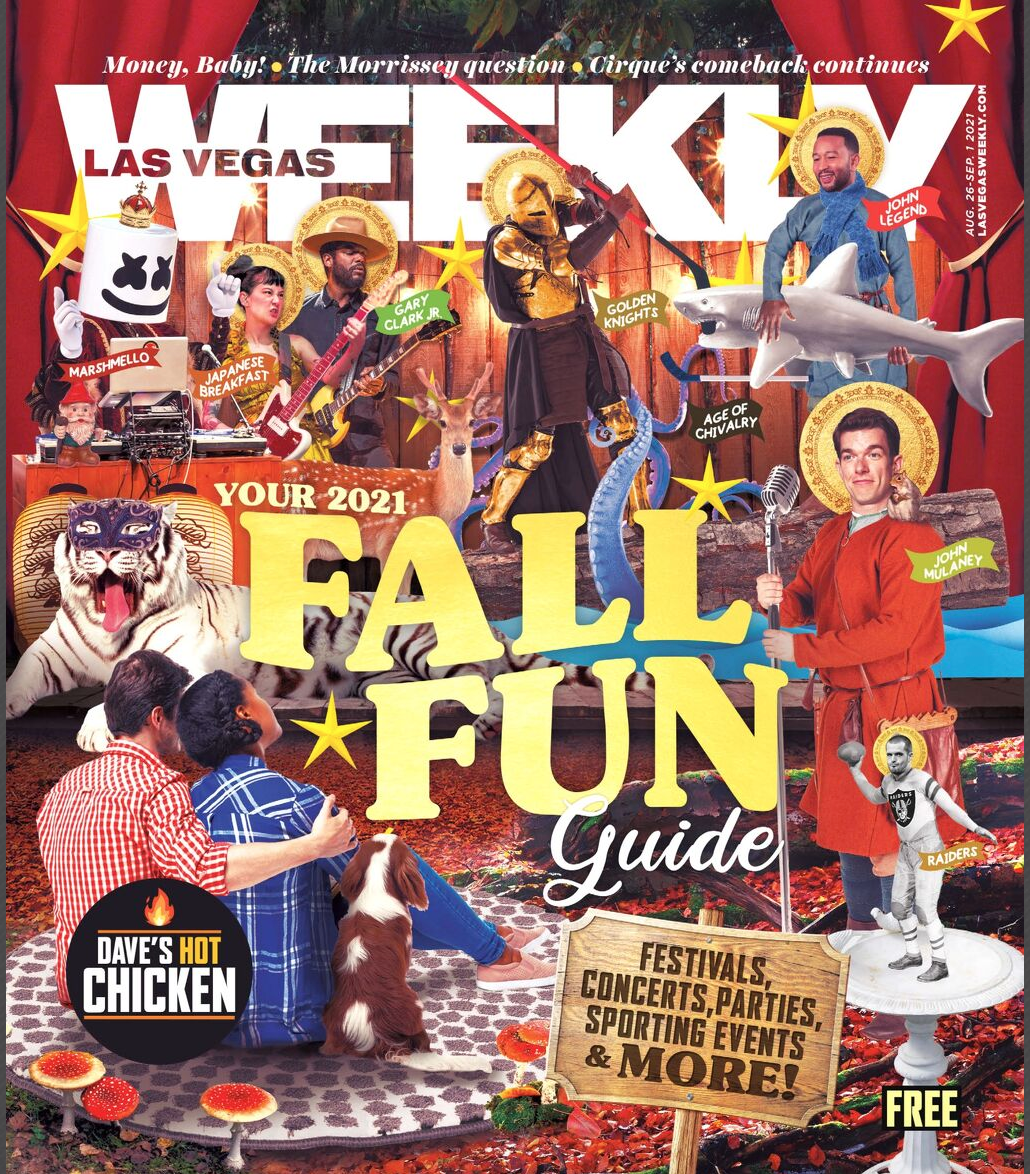 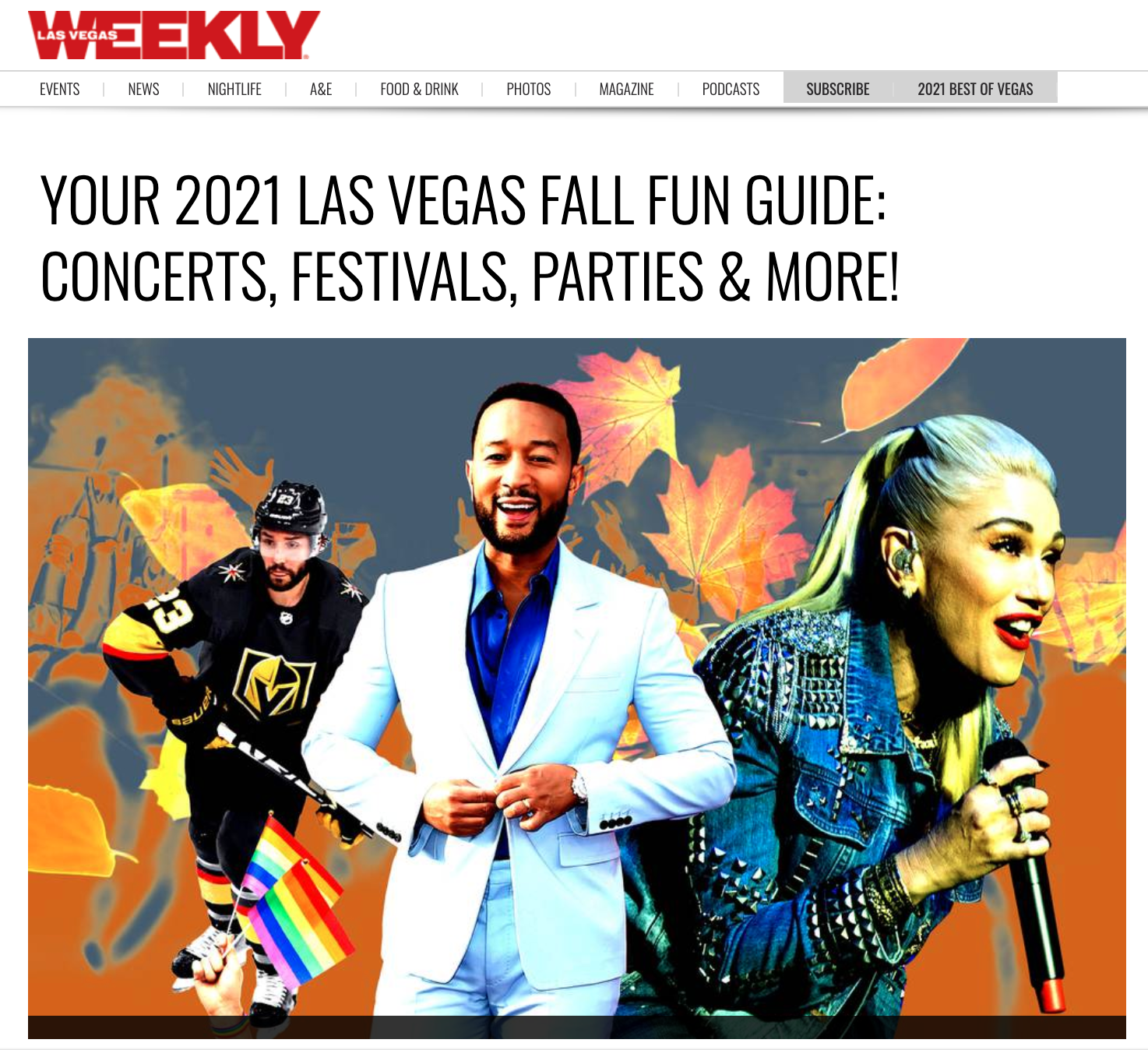 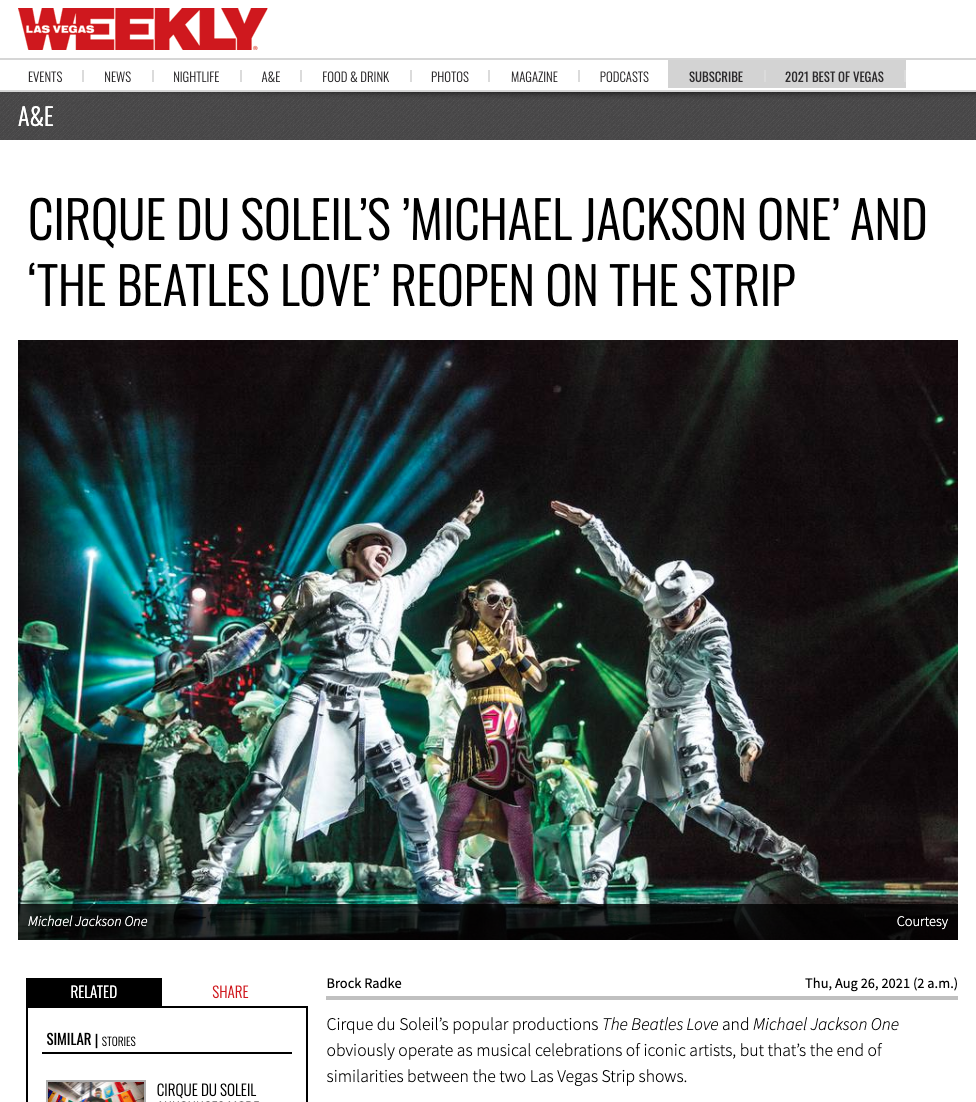 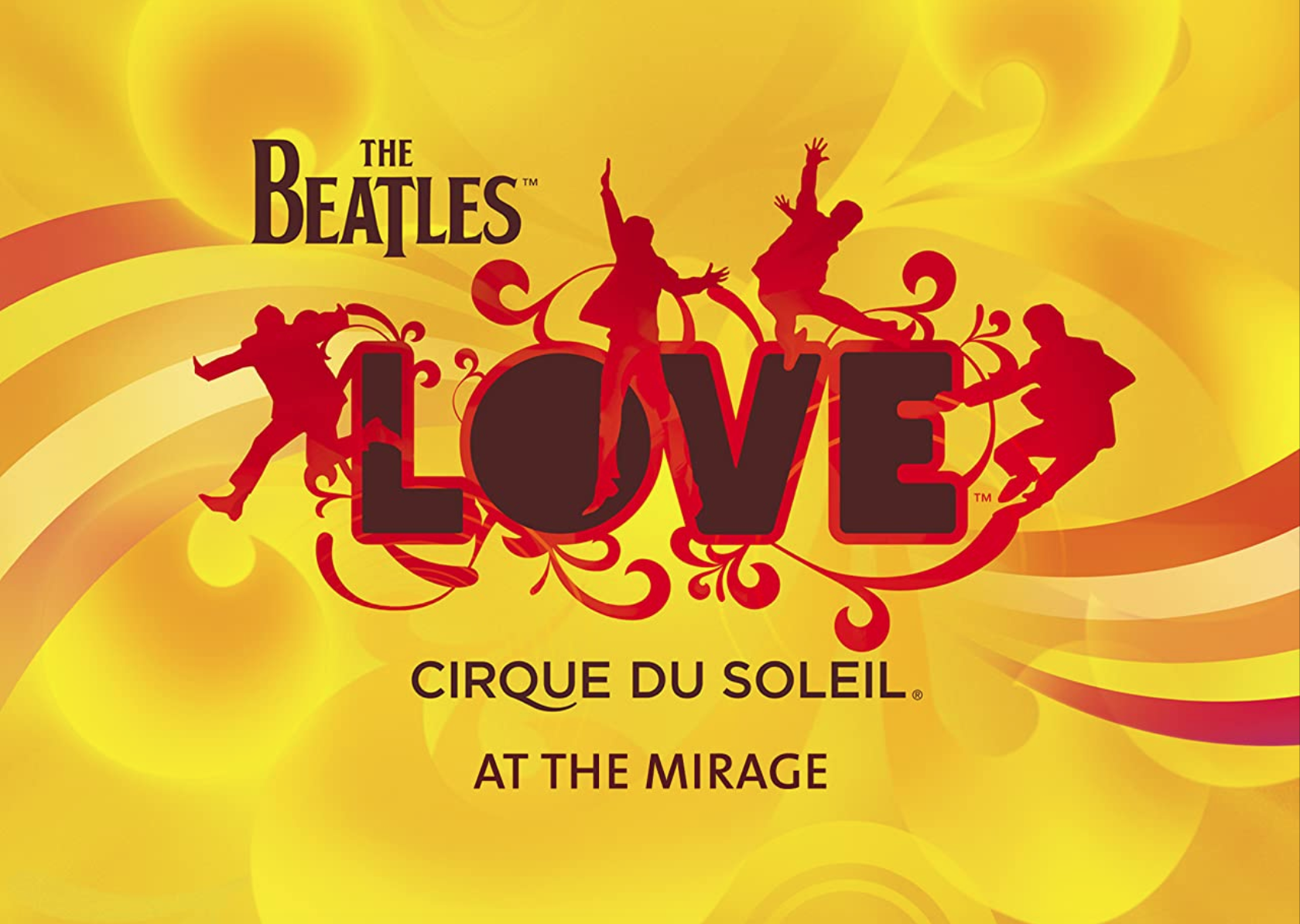 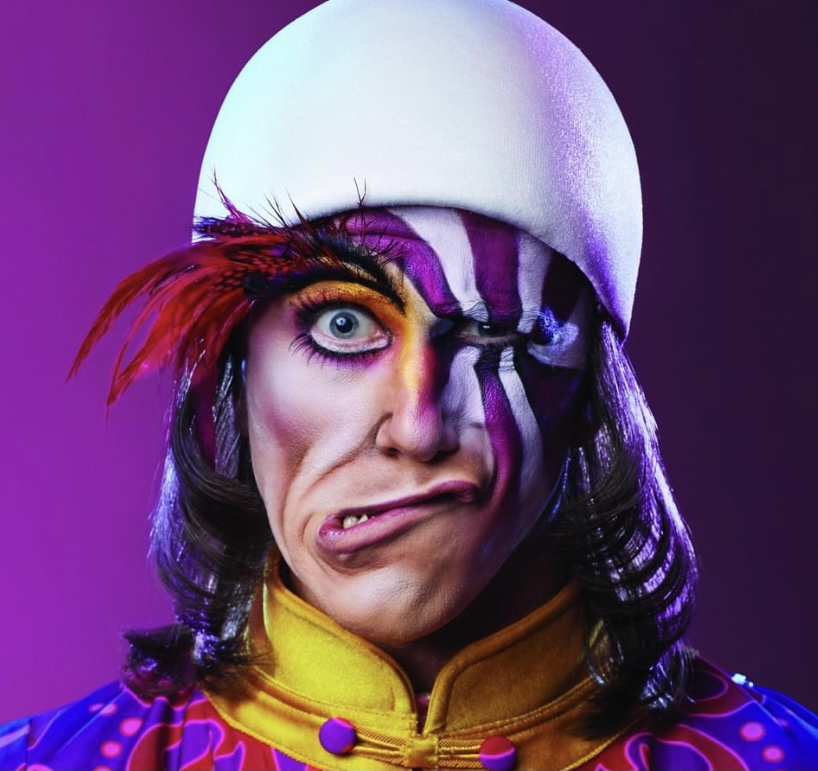