Here is what happened in the Las Vegas Real Estate Market for the week of June 2nd - 8th with Brendan from The Brendan King Group @ REAL.

Brendan King (00:10):Hey, what's going on. It's Brendan King from Brendan King Group @ REAL, and this is your June 2nd through June 8thmarket update. So definitely a lot more going on lately than there was for quite a while. There was obviously a lot going on for two years, but we feltlike we were almost doing the same market update every single week. Now it's a different world, a completely different world.

Brendan King (00:34):Today, the Fed increased the Fed rate by 0.75, which is actually the highest in history since 1994. I did pull a few articles just to show what that means. Again, just remember that Fed rate increases do not directly correlate with mortgage rates. Mortgage rates are more tied to five and 10-year bonds, Fed bonds, and mortgage-backed securities, even more so. So, some of these increases have already been baked into the market.

Brendan King (01:13):For instance, today, the interest rates went down when the Fed pushed up the Fed rate by 0.75. Interest rates actually went down by one to 1.25 BPS, as they say, dropping back down in, I think it was four and a half category. So a definite change compared to last week, where it was a whole new world for sure. So, yeah, to four and a half on a 30-year, which is not bad. Not too bad comparatively to what it's been lately. I think yesterday it was as high as 5.7, five to six.

Brendan King (01:54):So let's check out some articles. As normal, we just want to give you guys the data, just get straight to the point, really let you know what's going on based on what economists say and what's really out there. No hype, no extra junk that's not necessary. So, one thing that definitely this is doing is increasing mortgage rates. So let's not get that twisted in any way. On a $400,000 loan, 30 year fixed at 3%, the average payment was about $1,686 a month. So, if we were to land and stay around the 6%mark, it does mean that same exact house at 400,000 would be about $2,400 a month. That's a 42% increase in overall monthly repayments. That's not something to just write home about. That's definitely a pretty major difference.

Brendan King (02:53):Some of the things that I was reading about would be mortgage rates increase faster than at any point in history. It definitely is wiping out some buyers in the market. However ,strangely, we still have low inventory, and it may be a good time for the buyers that actually are still qualified even within these interest rate changes. That's the interesting thing is if you are a buyer now could actually bring you a little less competition.

Brendan King (03:27):And then a little bit about the0.75% interest rate hike, which again is the highest in 28 years. At the Fed,what they're trying to do is curb inflation. Right now, things are getting a little out of hand, costing a lot more money. Their big thing is to put the brakes on that. And the way they do that is by increasing the Fed rate, which then is the amount of interest that is paid on things like credit cards, autoloans, and indirect, I should say, mortgages as well.

Brendan King (04:06):This article, and we'll attachall these articles, says a little bit about things you should do in these typesof situations. I've spoken to some people that are definitely even far moreintelligent than me on the stock market side, who this is their time when theybuy in. Things go down, you buy in. I am in no way giving advice on how youdeal with your stocks or anything like that. But on the housing side of things,the one thing I will tell you is we're seeing a little bit of the same old,same old in this area. 101% of list price on average was received, which iswhat it's been for quite a while.

Brendan King (04:48):Average days on market has been18 days, weeks of supply, six weeks, new inventory, 864 homes, just a littlemore than last week and quite a bit more than the same time last year, activelistings, 3,835. So, there you go, right there, compared to last year, 2,215.This year, we're at 3,835. So, we're almost doubling active listings. We're notquite there yet. Obviously, 4,400 would be. But we're moving in that directionfor sure.

Brendan King (05:25):Weekly sales, 635 homes, whichis down from the week before of 690, under contract 752 properties, and thenaverage weekly sales price of 613,950 with the most expensive home sold thisweek at $5 million. So again, weeks of supply ticked up again to six weeks. Aneutral market to us is about five months of inventory, so we're at one and ahalf months. We need to be at that 10,000 active listing, nine to 10,000, wherewe start to see things neutralize a bit.

Brendan King (06:07):So, as a buyer, I think you mayhave some opportunities right now to get in there, especially with some panickysellers reading headlines and seeing things that may scare them. Some peoplemay be willing to part with their property a bit lower than what they're listedfor. Then, on the sell side, let's be honest, if you bought your house twoyears ago, you're still looking at a 50% to 55% increase in value from twoyears ago. You're still sitting on a ton of equity. So no, you're not going toget 10 offers and people fighting to catastrophically high values, which is wherewe were heading to, but you're going to get a good price for your home evenstill.

Brendan King (06:52):And definitely take a look atsome of these articles regarding the Fed rate, and also regarding just some ofthe things you should look out for while the Fed is definitely doing whateverthey can to curb inflation. And as always, just reach out to us if you have anyquestions at all, questions about the market, questions about the value of yourproperty. We're here to help. Definitely, we can run a CMA, tell you how muchyour home's currently worth. And then to have a discussion. Is it worthselling? Is it not?

Brendan King (07:25):I've found that some of myclients that couldn't find homes on the buy side now have buyer options, sothey can still get a good price for their home way above what they bought itfor. We have one client, they bought it at 330,000. Now the house is worth 815.They still can get a great price for their home and then go find one that moresuits their current needs. Reach out. Definitely, we'd love to help. And ofcourse, don't forget. Text Market to 702-553-1955 if you'd like this by textevery single week. Have a good one. 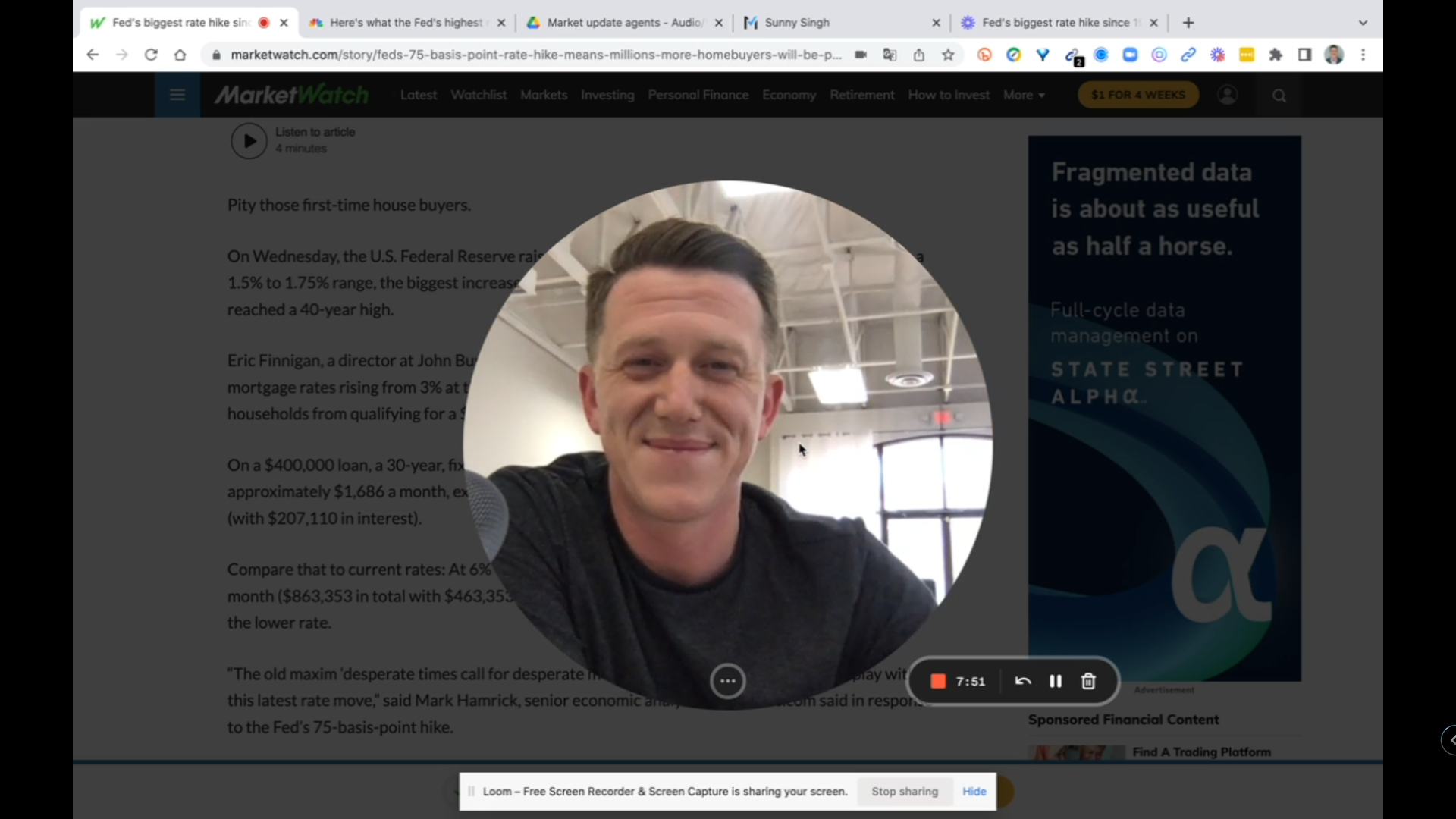 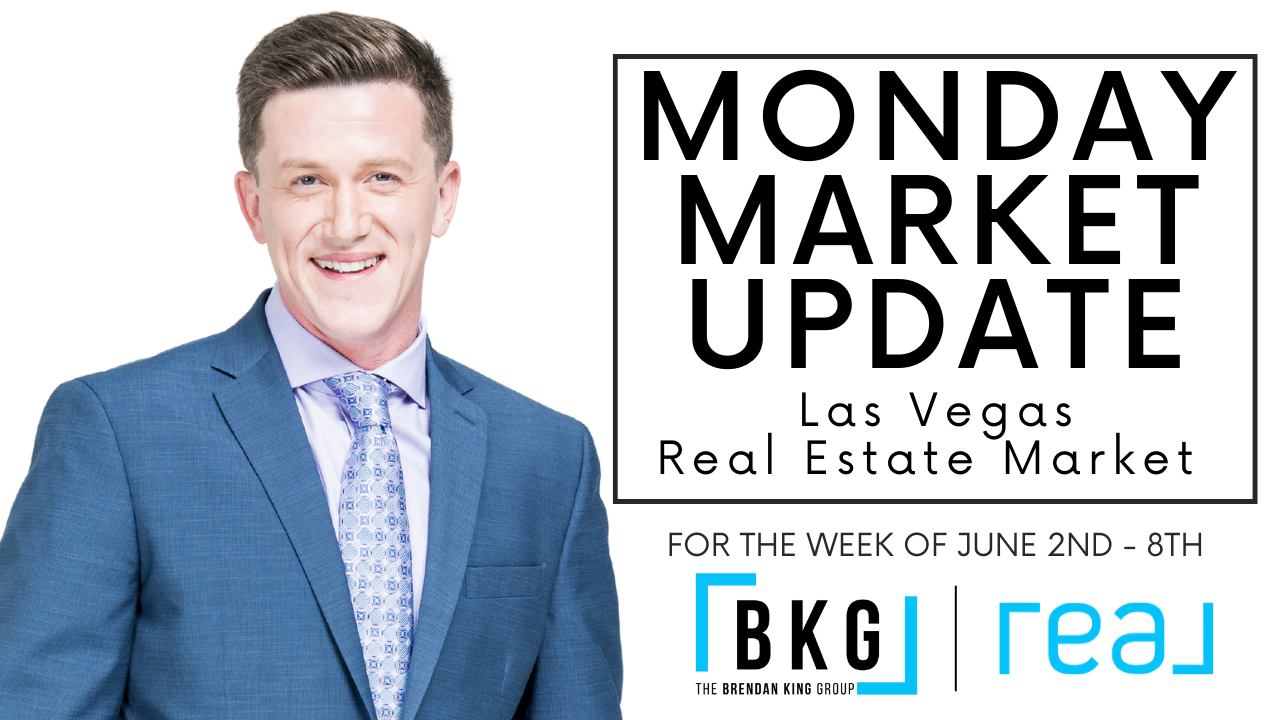 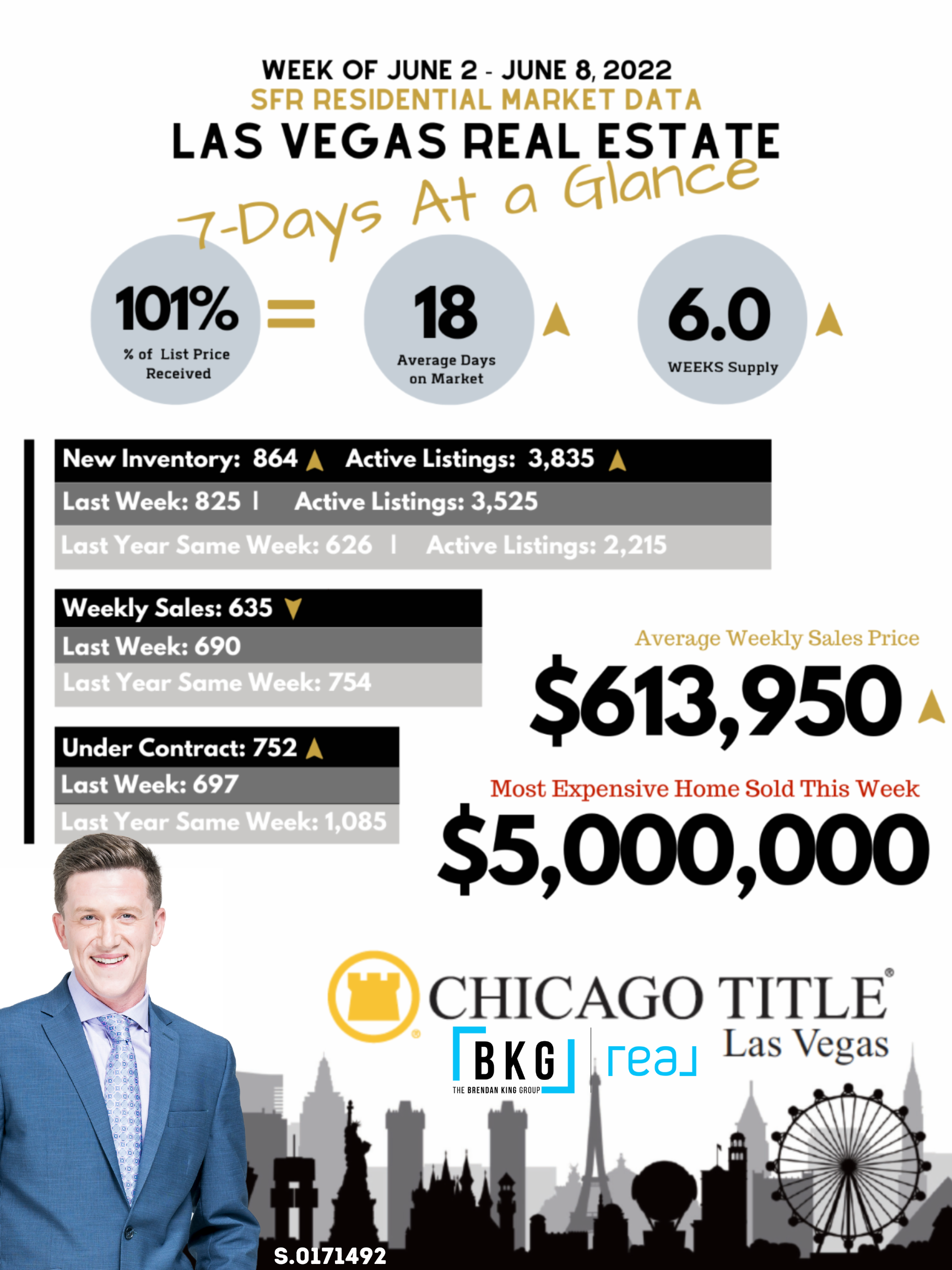