A Brief History of the Las Vegas Strip

The Las Vegas Strip is known around the world for bright lights and entertainment — but how did it come to be? Keep scrolling to read more.

Even without having seen the Las Vegas Strip, you have at least an idea of what it looks like. Elaborate resorts and casinos. Bright, neon lights. Floods of pedestrians. Shows and spectacles you won't find anywhere else in the world. While the Strip is always being built and rebuilt and updated and enhanced, it's steeped in a past that most people don't know. Let's take a walk through the history of the Las Vegas Strip.

The Las Vegas Strip: Back in the Day

While the date will vary depending on who you talk to, generally, historians say that Las Vegas saw its beginnings in 1905. This was when the Union Pacific Railroad started passing through the area, as it was a good place to refuel and rest. (Some people will say that Spanish explorers were here much earlier in 1829.)

Las Vegas looked quite different from what we know and love today. In fact, the name is Spanish for "the Meadows." It got this name because of the spring-fed water here. It was dusty and undeveloped, but that would quickly change.

It was incorporated as a city in 1911, but it was during the Great Depression — in the 1930s — when thousands of people started flocking here. The Hoover Dam (then called Boulder Dam) was of particular interest, since it was in the process of being built on the Colorado River. The city got its first high school and newspaper, rapidly entering into its next chapter.

It was also around this time — in 1931, to be specific — that Nevada became the first state to legalize gambling in casinos. Interestingly, it was only a downtown Las Vegas club that got a temporary license for this. However, a stretch of road just a few miles long, which was really Highway 91 but people had nicknamed the Strip, was starting to get attention.

The city was first built by ranchers and railroad workers, who came here for the springs. This quickly changed, though. Word spread and by the early 1950s, Las Vegas had become a hot vacation spot in its own right. People came here to get married (and divorced) in a rush, since there was no waiting period, and also to witness the incredible talent of performers like Elvis and Liberace, who helped Vegas stake its claim as the entertainment capital of the world.

Las Vegas also became another home for the mob, who found comfort here in the city's lax and wild ways of living. Shady individuals came from the east and brought their organized crime, partaking in the drinking, drugs, gambling, and racketeering. In fact, the Flamingo was opened with drug money!

From there, the city exploded and the Strip earned a reputation of its own. In 1960, the Stardust made history by becoming the first hotel to put on a production. Around this time, the Tropicana started putting on Folies Bergere, featuring traditional showgirls in spectacular outfits. If you've been to the city, there's a chance you saw it: The show ran through 2009 before it closed, making it the longest-running show in Vegas (and one of the last to honor real Las Vegas showgirls).

Las Vegas also saw its first convention center in 1959, the Las Vegas Convention Center. The objective was simple: Bring more people to the city and fill up hotel rooms during off-seasons. They far surpassed their goal, with the LVCC becoming one of the biggest convention centers in the world and drawing millions of people here each and every year.

Between the 1950s and 1990s, Las Vegas saw many more hotels and casinos pop up along the Strip, like Caesars Palace, Golden Nugget, and the Dunes, which would later become Bellagio.

Las Vegas icon Steve Wynn played a huge role in the growth and development of the city, helping push the shift from a city of gambling to a city of lavish vacations. Wynn gave us the Golden Nugget, which he eventually sold before moving on to the Mirage, Treasure Island, and Bellagio. He's also responsible for having brought Cirque du Soleil here, starting with a Canadian acrobatic troupe to Treasure Island. To this day, when you think of Las Vegas, one of the first things that comes to mind is Cirque. While individual shows have come and gone, you can always count on at least one epic Cirque show to be running on the Strip.

Wynn didn't come here just to build casinos and hotels. He came to pave the way for a shinier and more extravagant Las Vegas. Needless to say, he succeeded, and to this day, his name is undeniably recognizable.

While some of our original landmarks remain in some form, starting in the 1990s, Las Vegas became much more aggressive when it came to destroying the old to usher in the new. The Old West-type hotels and casinos were demolished or remodeled in favor of more modern and fancy establishments. And with that, the feel of the Strip changed somewhat significantly.

While it's not the oldest city in the world, Las Vegas and the Strip still have an incredible story to tell. This four-mile stretch of road has gone through a mind-blowing evolution. And every year, the city finds ways to outdo itself.

Las Vegas is a great place to visit and an even better place to live. If you're looking to buy or sell your home in the area, contact the Brendan King Group today. 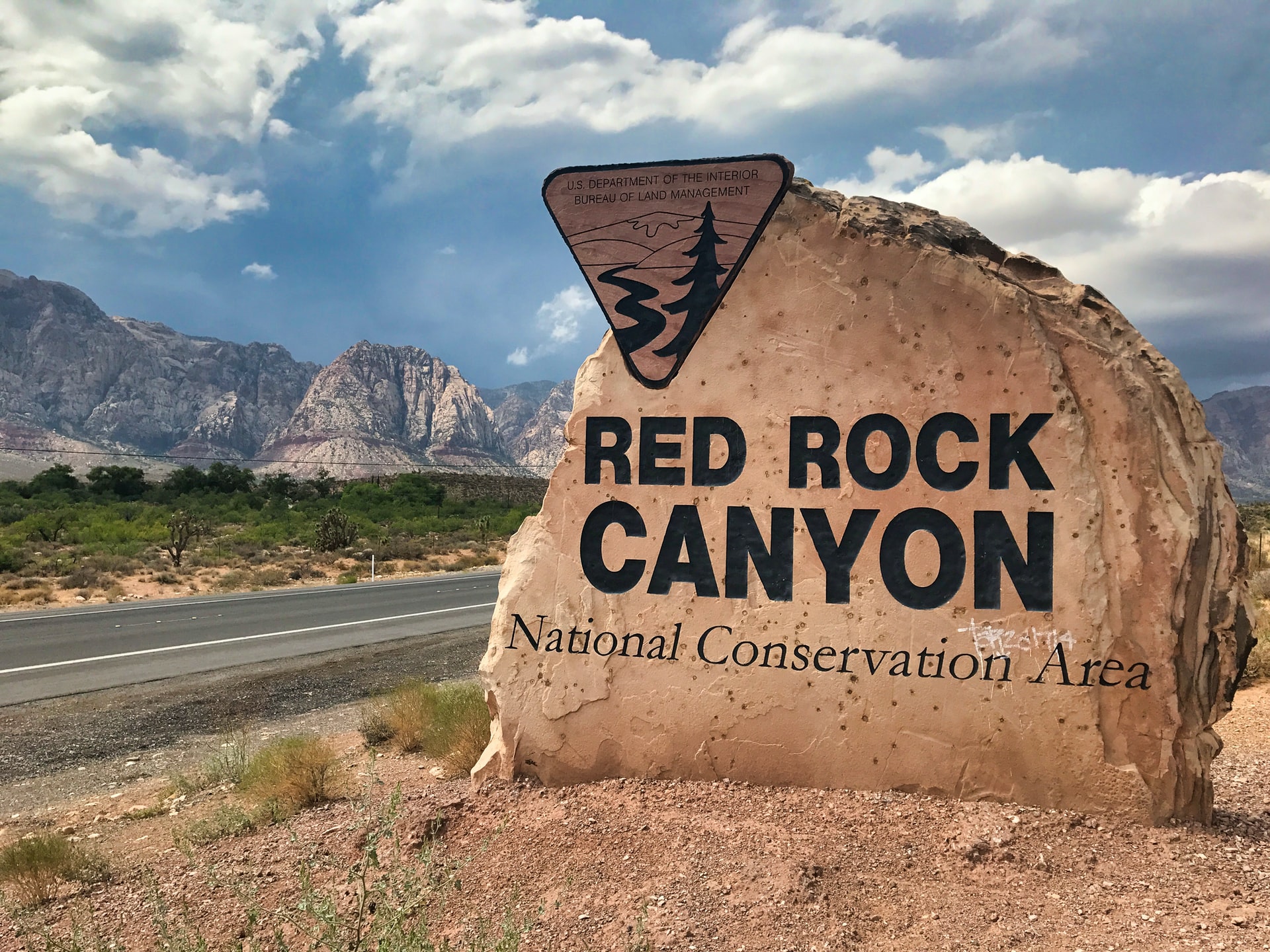 Henderson vs Summerlin: How Do the Two Communities Compare? 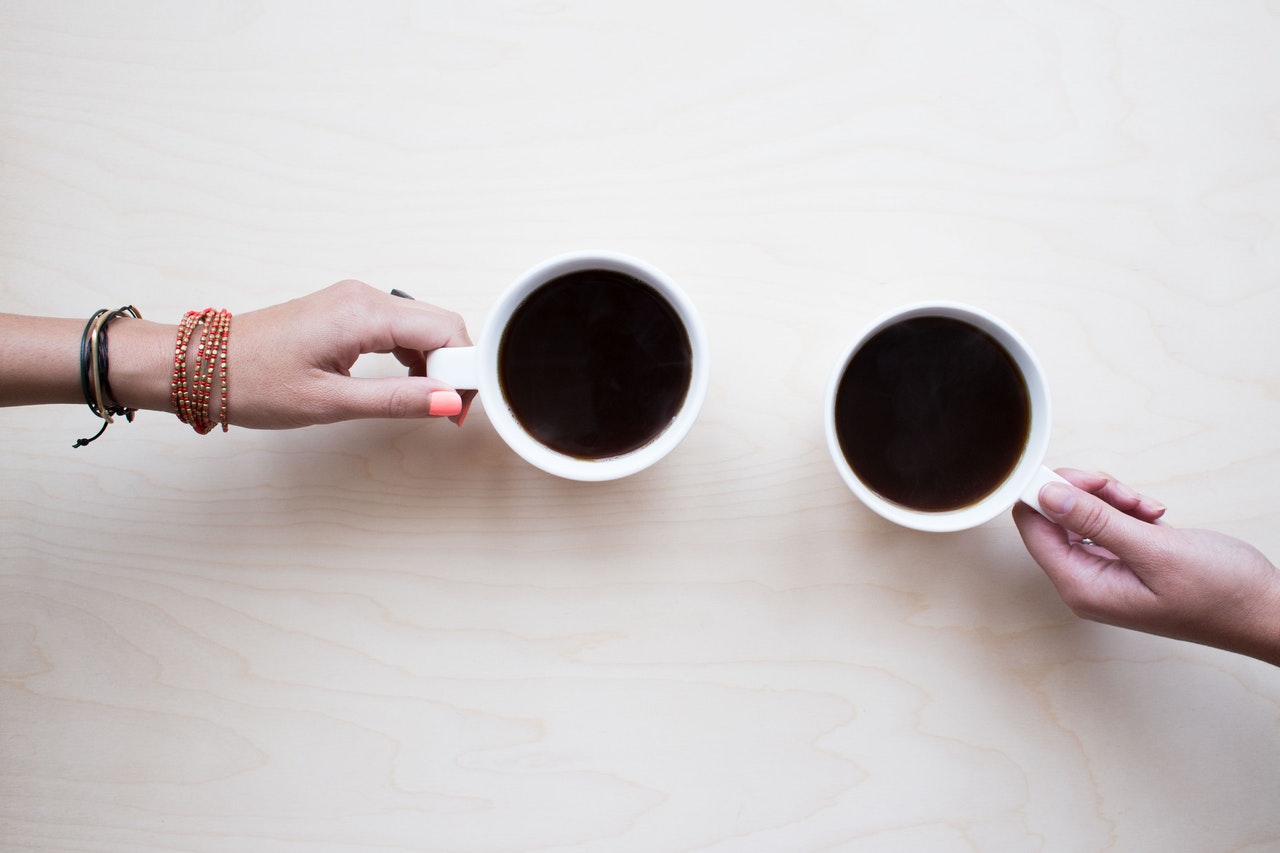 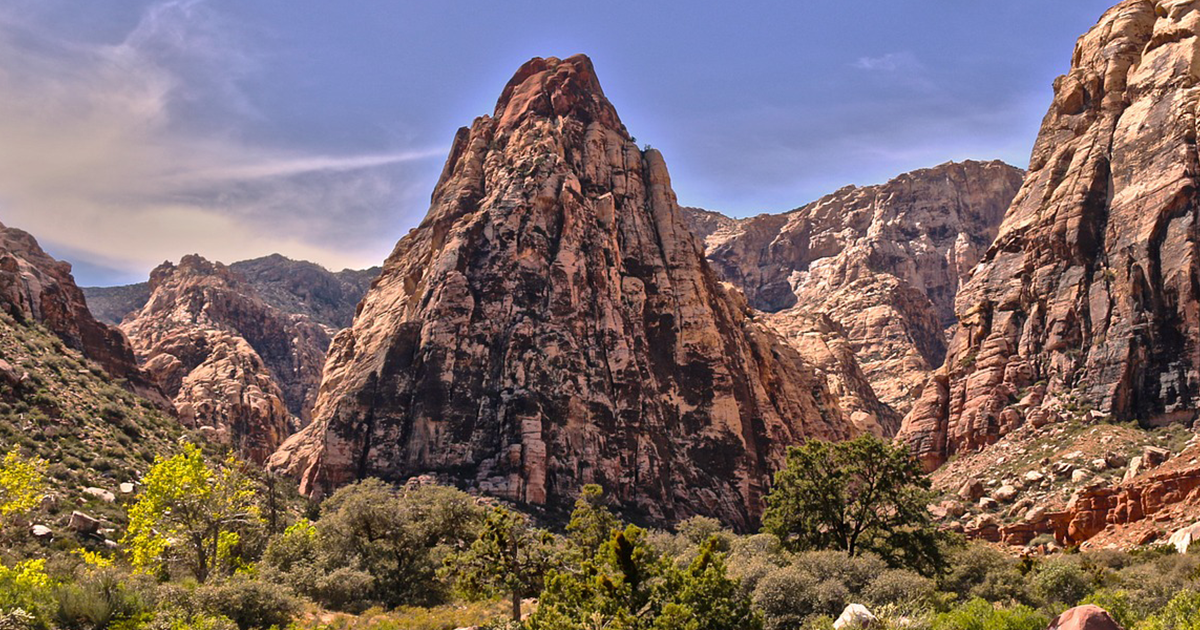 The Very Best of Mother Nature in Las Vegas 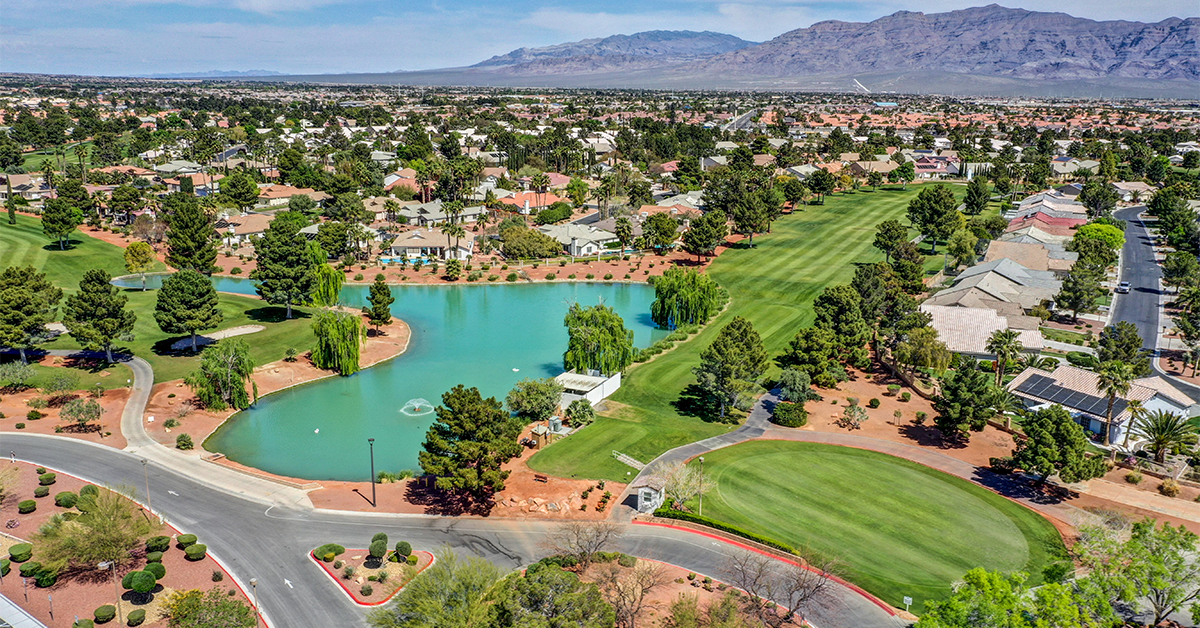 What Do Lifted COVID Restrictions Mean for Buyers and Sellers in Las Vegas? 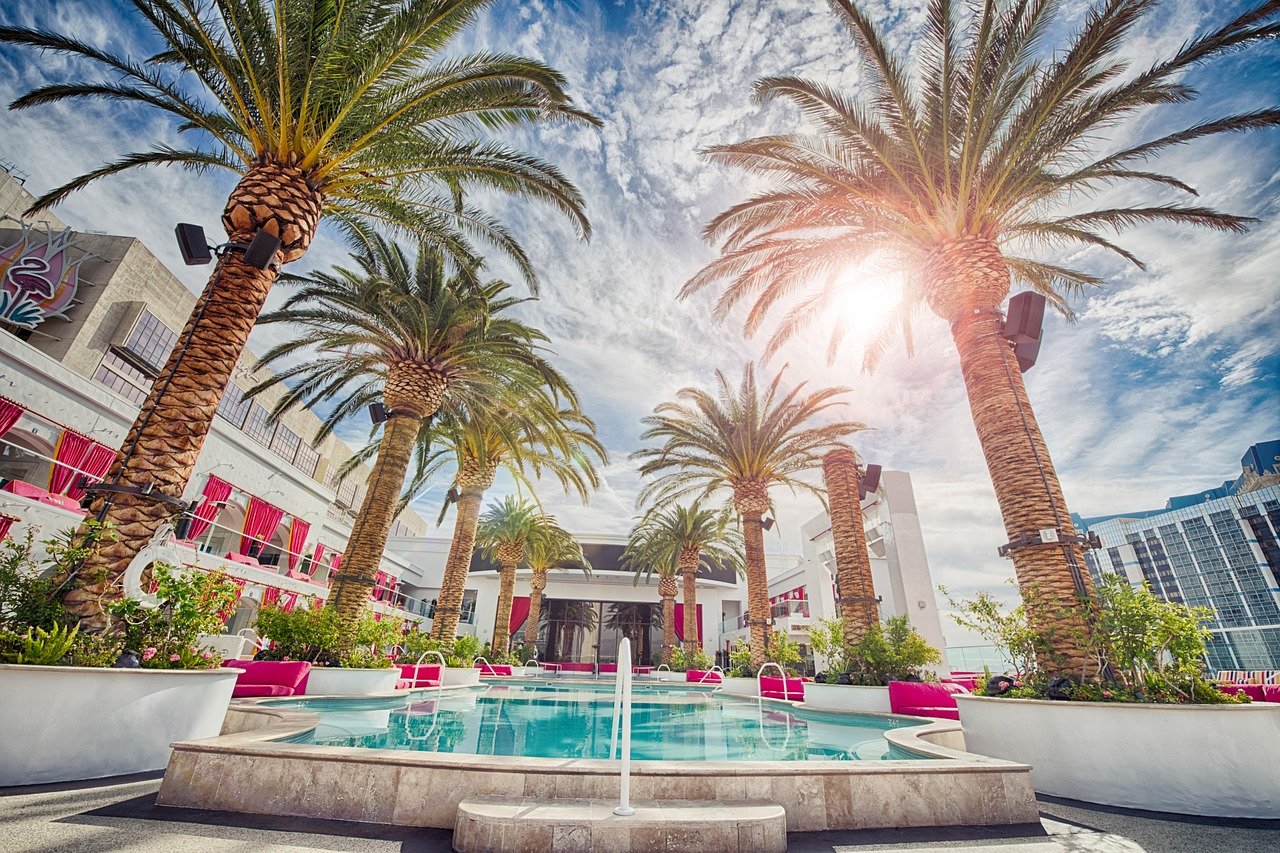